Posh chippy for 'chums' is no hiding place for Ukippers. By Gerry Corner

GEORGE’S Great British Kitchen appears, on the face of things, to be a shrine to Brexit. A sanctuary and refreshment stop for the zealous patriot in us all. Little Chef meets Little Britain.

You half expect Brexit Secretary David Davis to pop up behind the bar offering cocktails, like "The Divorce Settlement", laced with angry Tory bitters, and which he shakes violently until they drop the price.

Across the road from George’s, a young man is trawling for custom among shoppers low on carbohydrates, handing out eight-page tabloid-sized leaflets for the place, grandly entitled “A Great British Menu”. He’s from Northern Ireland but let’s not be pedantic about this.

Online, the vocabulary of this small independent chain, new to the city, is peppered with the language of derring do and upper class twits. You and your “chums” are wished a “jolly good time”.

It faces plenty of competition in that corner of Liverpool One, surrounded by Johnny Foreigner food in the form of Spanish (Salt House Tapas), French (Bistro Franc), Italian (Jamie’s) and more.

George’s began life in Nottingham, where it earned awards and expanded, north rather than south, into Leeds, Newcastle and now Liverpool, where its 19th century Chancery House location was, appropriately, as it turns out, built for a seamen’s charity.

Inside George’s, bowler hats, those stiff symbols of Britishness, abound. You can take one home, just add it to the bill if you fancy rocking the John Cleese class system sketch (look it up on YouTube) look.

Bowlers aside, the theme takes a nautical turn. This time it’s the Great (or perhaps not so great, anymore) British Seaside: oars adorning windowsills, an upturned lifeboat suspended over the bar, lights shaped like portholes and cubicles shaped like beach huts, each named after a local coastal settlement (Crosby, Hoylake, etc).

All hark to the owners’ origins. Fish and chips are in the family, non brewed condiment runs through the veins of joint owner Andrew, whose father George – yes, it all becomes clear now – opened a chippy in the 1960s.

Here, fish with chips is a mainstay of the menu. Elsewhere, among the “proper British menu” with “proper British food”, there are katsu chicken goujons and halloumi skewers on a bed of cauliflower and mushroom curry.

Hang about. Proper British? But there’s a twist, you see. “Our very own unique twist”, actually, “respectfully fusing great British ingredients with global flavours and dishes Britain is now equally well known for”. Which covers a multitude of sins, low roasted sticky pork bun and wild ocean cod in onion bhaji batter among them.

There’s food without a twist too, like burgers and steak, because everyone’s welcome here – EU nationals and all.

Ham hock and mushy pea fritters (£5.35) are all pea and barely any ham, while chilli shrimp and mango chutney salad (£5.95) was not helped by the lake of orange liquid, which, we could only imagine was the result of seafood defrosting on the plate.

Haddock and chips (£13.75) is served with mushy peas, the marrowfat variety, a bland tartare sauce and “a few pickles” that are neither here nor there. But the fish, fresh from Peterhead, is pretty faultless; the flesh cooked just right, oil-free batter with a decent crunch. Not shout-it-from-the-rooftops remarkable, but a solid effort.

The twice-cooked chips are chippy chips, in form and substance, right down to the little crispy bits. Good ones mind, and if you like chippy chips, you’ll like these.

“George’s posh home smoked banger” (£9.95), an eye-watering, foot-long sausage comes atop a pillow of smooth, buttery champ, braised red cabbage and onions caramelised on the grill. Aside from an onion gravy thin on flavour, this is a pretty perfect plateful, not to mention bloody great value at just under a tenner.

For pudding, “warm gooey” chocolate and orange tart with chocolate ice cream and chocolate sauce (£5.95) is beautifully plated but, my friend concludes, “it’s just sweet”. Better is a finely crafted steamed sticky ginger pudding (£5.75) with a jug of vanilla custard the way I like it (cream of chicken soup consistency).

We’re warming to the place – the affable staff, the sense of humour in the fixtures and fittings, the sustainable fish.

Maybe, like others faced with the consequences of austerity, they are spreading themselves thinly, but they will do well with more dishes like that sausage. Meaty, solid, home-crafted, generously seasoned, full-flavoured, it’s a bratwurst by another name and a mighty fine one at that.

With shades of sauerkraut in the red cabbage, it feels like a very European dish and final proof, if needed, that George’s is no nationalist stronghold. Any Ukippers will be had for breakfast.

George – he of the proper British name – originally hailed from Cyprus, by the way. So while Britishness is common to most things here, it’s not the by-jingo-bolt-the-doors-shut sort.

All of a sudden that capsized lifeboat, empty and stranded above the bar, looks like a perfect metaphor for the Tory Brexit strategy.

Last night I dreamt of Brussels. At the negotiating table were David Davis, Secretary of State for Exiting the European Union, and Chancellor Merkel, Commander of the Continent, who wielded a bratwurst the size of your forearm. She slapped it down and looked him in the eye. Well David,” she asked. “Still fancy a hard Brexit?” 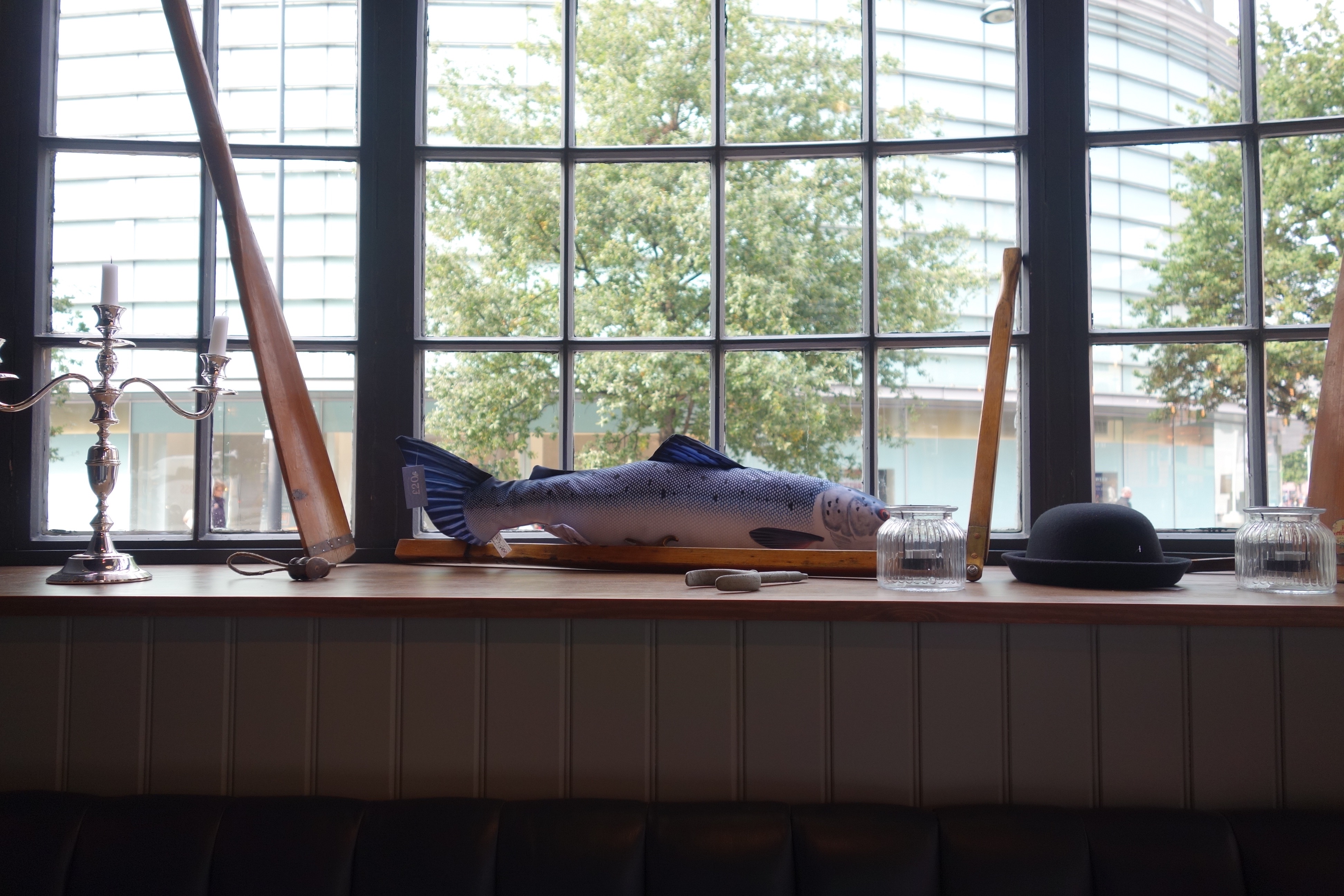 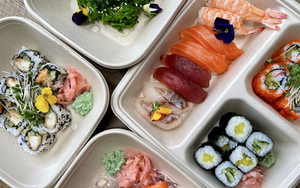