I’M not in the habit of quoting Shakespeare to people; I’ve always had a sneaking suspicion that people who quote Shakespeare are the kind of people who buy books for their coffee table and only open them when they hear the doorbell. You know the sort, the ones who used to fold the News of the World up inside the Observer.

I could feel the weight of her burden as she clucked, cooed and calmed her daughter who fought with her seatbelt and talked at a gallop

But I’m going to break my rule this once, safe in the knowledge that I don’t have a coffee table and the NOTW has gone the way of a deleted voicemail, so here goes:
“Wouldst thou have a serpent sting thee twice?”

This popped into my head a few weeks back. It was long lazy afternoon of staring out of my windscreen and waiting for a fare. I was close to home and I could hear the couch and the kettle calling me, but I’d told myself whatever happened I was going to sit tight for 10 hours, even if that did mean prolonged periods of resting my head on the steering wheel as my day went down like a slow puncture.

When I finally got a job, I felt like Daniel Day Lewis when he struck oil in There Will Be Blood.

I fired up the Focus and bolted around to the rough old neighbourhood where my salvation lay. The second the door opened I knew my new found hope had been misplaced. 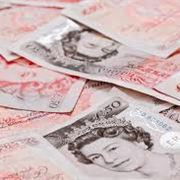 Mum and Daughter supported each other down the path like conjoined twins on ice.

Mum must have been 70 plus; she looked like a skeleton wrapped in wet parchment, her neck barely thick enough to hold up her head, and you could have used her fingers to pick a lock they were so thin. Her hair was like rusted wire wool glued to the end of a pencil and the clumpy flat black shoes wouldn’t have looked out of place on Frankenstein’s monster.

The daughter was maybe my age, a fragile soul set in a fast food frame. Bulky and track-suited, her face had the colour of fresh dough, and, I’m afraid to say, the consistency. Daughter’s eyes darted this way and that, the caution of someone who thinks the outdoors isn’t so great.

I knew they weren’t going far before they even got in, in every sense.

Daughter bundled herself into the back seat and slid across with all the grace of a skittish hippo, her mum got in after her and helped her daughter settle. I realised this was a woman who had not only given birth, but given her life, to her child. I could feel the weight of her burden as she clucked, cooed and calmed her daughter who in turn fought with her seatbelt and talked at a gallop.

“How does this work, I can never work these things, I pull and pull. Are you okay mate? Sorry mate. How does this work? Mum? Pull that?” She rattled away like a machine gun all twists and yanks and fingers to her face, it was like watching a pan of water about to boil over.

My heart ached as Mum settled her in and then turned to me and, over a sound track of chatter from her daughter, asked to go to Huyton Village.

I sighed, less than a mile, £2.20. That job working in McDonald’s looked more and more appealing as I pulled away from the kerb then felt guilty as Mum apologised.

“It’s alright love. You tell me where to go and I go there, that’s my job.”

I smiled in the mirror and she smiled back, the lines on her face momentarily giving me a clue to what she had once looked like.

“We’re going to sort out her money. Aren’t we?”

“She only borrowed £150. They’ve been phoning me for weeks about it, she’s been in hospital, hasn’t been able to pay have you love?” 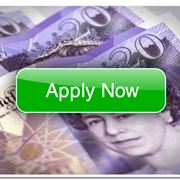 I glanced in the mirror and Mum rolled her eyes and I nodded a reply, getting the message.

Her daughter still wasn’t well. She was twisting and turning in a mental storm and she was a long way from the shore, battered by breakers and breakdowns, she was clinging to her mother for dear life.

I’ve seen those breakdowns close up before, messy affairs that leave no stone unturned, nightmares come to life as the world towers around, looming and pushing you down into the pit - and I only hoped her mother had the strength to pull her out.

“So who has been phoning you?”

“This bloody loan company, they never leave me alone.” Said Mum. “She had to give them my number when she took the loan out.”

“Have you guaranteed the money?”

“No, they just phone and phone asking where she is, chasing her until she pays them.”

“I’ve already given them three hundred haven’t I mum?”

“She has, she still owes them one hundred.”

“I’m taking out a loan to pay it off, to reduce the payments.” Said Mum, stuck between a rock and a hard up place. 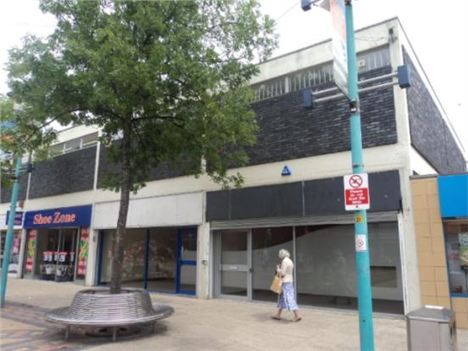 The shopping centre the women were going to was one of those ones built in the 1970s to look modern.

They would have called it a "new development" but if anything it was a step backwards. Like something from a North Korean planning manual it was all grey concrete, mildew and to-let signs with sausage roll wrappers blowing around like tumble weed.

I know the village well. I grew up around there. It was once an exciting place for young Schumacher. My mum would go the bank, draw out some money and we’d wander around paying bills on a Saturday morning, first to the Gas Board, then to the Water Board, then maybe the telly rental and then to the shops; the purse getting thinner but the money there to see, to be held and spent till it was gone.

There must be four or five "Cheque Shops" and "Payday Loan" outlets dotted around the charity shops and shutters in Huyton village these days.

The council charges for parking now, so there is a Russian Steppe of a space were shoppers’ vehicles once waited, like the great plains after the buffalo had gone. All those cars are now to be found at the nearby Asda superstore, whose customers enjoy a huge free parking area that was donated by the same authority now choking off the independent retailer. 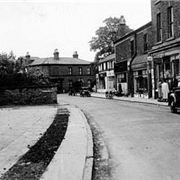 Derby Road, Huyton,
before redevelopmentI watched the two women wobble off to indenture themselves and their benefits to the serpent that would no doubt be stinging them more than twice.

I wondered where it had all gone wrong since Blair and Brown told us "Things can only get better" and Obama wittered on about “change”.

This week a Which? survey found that 57 per cent of pay day loan borrowers are encouraged to take out further credit, while one-third say they experienced greater financial problems as a result of taking out the loan.

It’s funny how, as we watch Greece struggle with colossal debt, nobody seems to mention the little people struggling with suffocating debts of their own. It appears the only interest is the kind that charges 1,000 per cent. 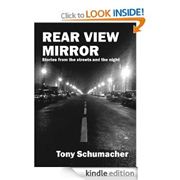 Eight new bars and restaurants for Liverpool and beyond
● / Travel 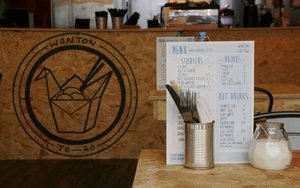 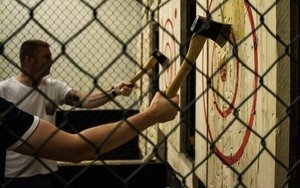 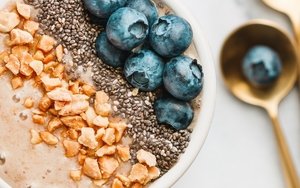 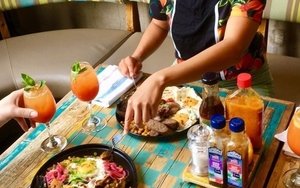 Celebrate the reopening of Hanover Street’s Caribbean restaurant and bar