Liverpool’s best food and drink events for your summer schedule

Earlier this year, we were given the sad, sad news that the infamous Liverpool Food & Drink Festival in Sefton Park would no longer be running. For many (including me), this was a blow. I mean, where are we supposed to get our Mr Churros fix from now?

Fear not though, because the city’s summer events schedule is looking pretty tasty right now, punctuated with an eclectic array of events for the foodies, gin-sippers, beer-lovers and cocktail connoisseurs amongst us.

Here are a few to help us drown our sorrows: 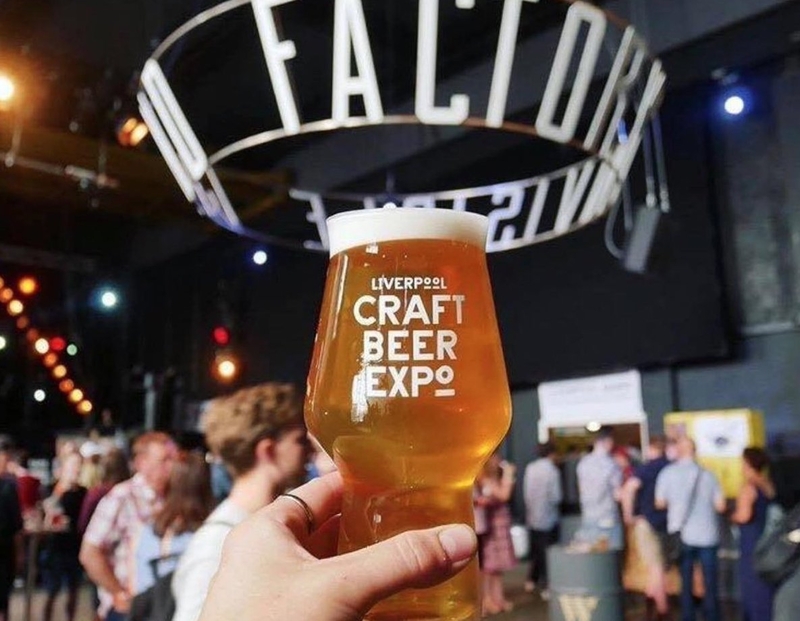 If you already know your pilsners from your black IPAs, you won’t need us to tell you that the Liverpool Craft Beer Expo is back for the 2019 edition of its annual festival of beer. As is customary, these guys will be throwing the spotlight on a brand new generation of brewing renegades from across the UK, as well as Europe and beyond. Get your passports at the ready, ‘cause your tastebuds are in for one helluva ride. (You might want to stock up on some Paracetamol for the next day.)

As well as new kids on the block, the Expo will also be celebrating favourites from some of Liverpool’s best local breweries including Neptune and Love Lane. With over 300 brews, 20 bars and more than 100 taps to be sippin’ from, you’ll be glad to know that there will also be some good grub on offer to soak it all up in style. 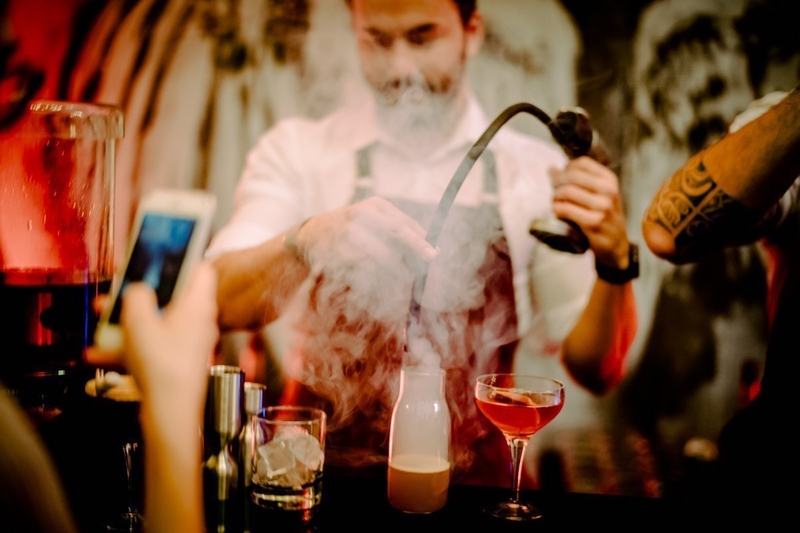 COCKTAILS IN THE CITY | The Great Baltic Warehouse | 28-29 June

Imagine a world with all of your favourite tipples under one roof. Well, that absolute stuff of dreams will become a reality later this year when Cocktails in the City is back in town. The event will be touring some major cities in the UK, including Leeds and Manchester but lands in Liverpool for two whole days at the end of June.

Mixologists from around the city will be gathering in the Great Baltic Warehouse to work their alcoholic alchemy like some sort of Northern witchcraft academy. We’re talking curated cocktails from the likes of Berry & Rye, Furnival’s Well and Dockleaf Bar, alongside a whole host of sensory drinking experiences and immersive tasting rooms. 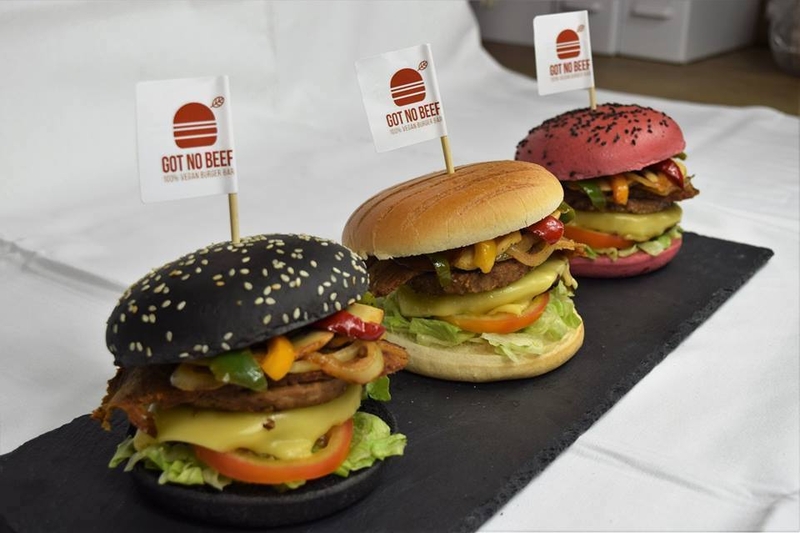 Non-meat-eaters, dairy-dodgers and those who prefer a plant-based existence will be making their way to none other than LFC’s infamous ground for the Liverpool Vegan Festival. It’ll be a full day of cookery demos, inspirational talks, live workshops and world cuisine from over 80 different vendors.

Three quid on the door seems like a much better deal than £15 for VIP tickets in advance, but this will also buy you an ample goody bag stuffed full of, well, goodies. Of the VE variety, of course, so it’s a pretty sweet deal if you’re thinking of giving vegan living a crack of the whip.

We know it’s a controversial topic so, if you’ve got nothing nice to say about veganism, kindly keep your opinions to yourself and head to Cocktails in the City (which is also happening on the same date) for a stiff drink instead. Peace and love, people, peace and love. 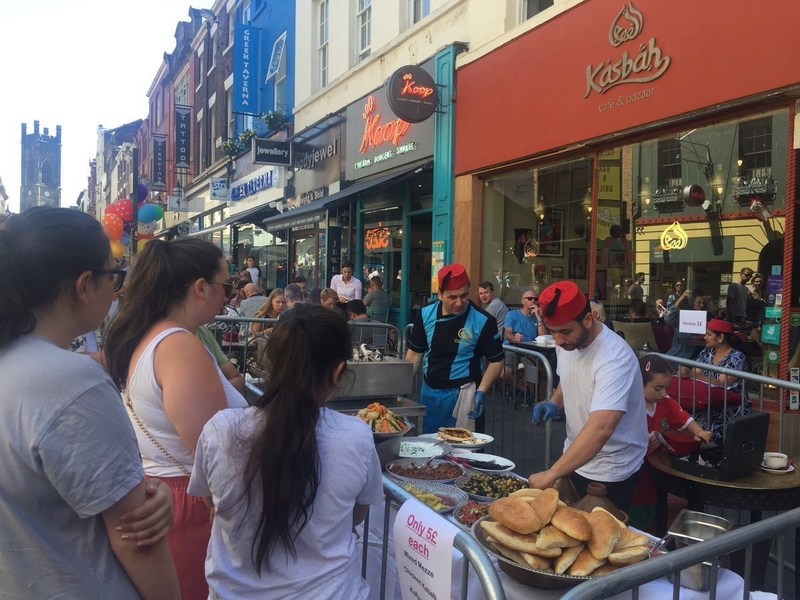 If you’ve ever visited Bold Street before, you’ll surely understand why it deserves its very own standalone celebration. If you can make it to the top and back down again without being mown down by a cyclist, you’ll lose count of the number of independent shops, bars and eateries that call this historic cobbled street home. So, on Sunday 7th July, there’ll be an all-day street party in its honour to culminate the Liverpool Independents’ Week 2019 calendar.

Stroll along and check out the farmers market, craft stalls and street entertainment but stay for the array of edible treats that the Bold Street restaurants will be serving up al fresco. From Indian street food at Mowgli and global small plates from Maray, to classic french patisserie at Artisan and Moroccan fare from Kasbah, go around the world in one day on our beloved Bold Street. 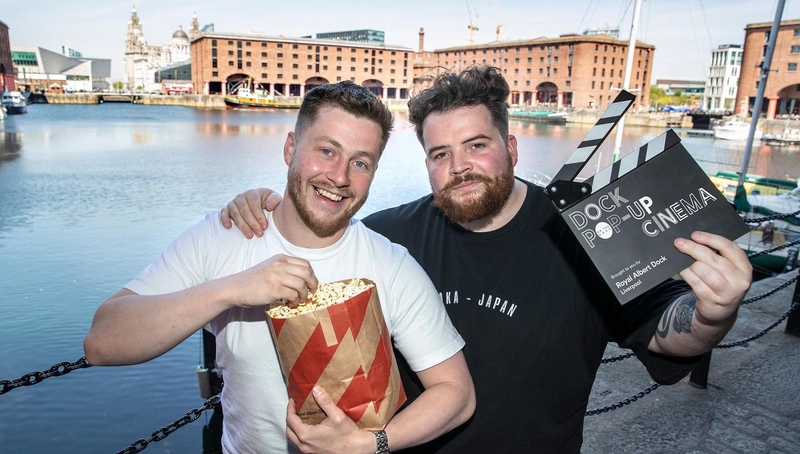 Not content with being one of the most magnificent sites you could have the pleasure of Instagramming when the sun hits it just right, the Royal Albert Dock has something extra special in store this summer. It plans to transform a floating pontoon into the home of an eclectic calendar  of events from wellbeing get-togethers and even a buoyant pop-up cinema.

That’s all well and good - we hear you say - but where’s the food and drink at? Well, you’ll be pleased to hear that the raft will also be playing host to two days of all things edible between the 6th - 8th September as the Royal Albert Dock Liverpool Food & Drink festival comes to life. Yep, quite the mouthful - in more ways than one. Expect masterclasses, tasters and demos from the city’s well-endowed food and drink scene.

The Royal Albert Dock (various times and prices to be announced) 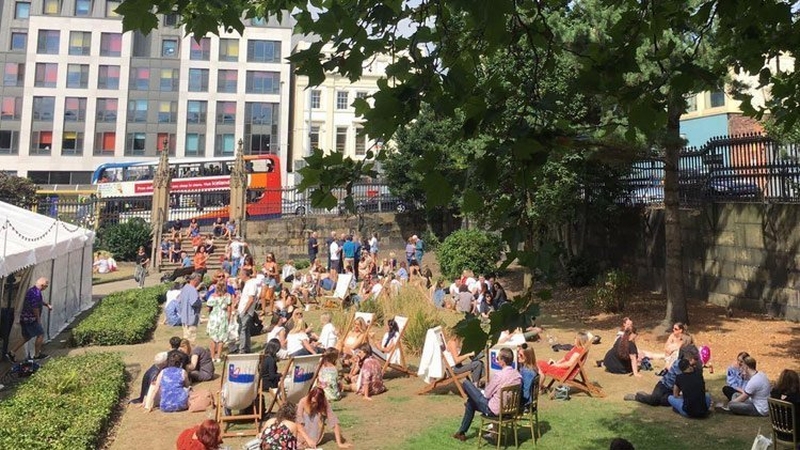 Did someone say Gin Party? That’s right - there’s going to be an entire knees-up dedicated to the ol’ mother’s ruin that has become such a hot topic over the past few years and you’re invited. Liverpool and its immediate surrounding areas have become seriously strong contenders in the gin game and we aren’t just talking about the growing number of local distilleries either…

The people of Liverpool and beyond love themselves a G&T so it comes as no surprise that this is a sell-out event in the city’s seasonal calendar every year. Take your pick from the boutique gin bar with over 25 distills to choose from and enjoy each one from your very own souvenir gin glass.   There’ll be live music, there’ll be local food produce and there’ll also be limited capacity so make sure you get your tickets sorted pronto!