All the world’s a stage and most of us are desperately unrehearsed. Most of us, except Liverpool theatre producer Bill Elms. When the theatre industry was cut down by the pandemic in 2020, Bill stepped in to try and hand creatives a lifeline.

Having worked in the theatre industry for more than 30 years, it was his mission to reinvigorate and boost the city’s live performance and creative arts sector after a devastating six months.

The result was the first Liverpool Theatre Festival in 2020. Featuring established artists and performances of musical theatre, drama, comedy, cabaret, monologues, and children’s shows, the event went on to become a massive success, winning an award and becoming shortlisted for various accolades.

Spurred on by public demand, the first wave of shows for the second annual Liverpool Theatre Festival in September 2021 has now been confirmed.

“Since we announced the return of Liverpool Theatre Festival back in March, we’ve been met with nothing but excitement and a real appetite for a return to theatre and live entertainment,” says Bill.

“It has been a real pleasure and deeply inspiring talking to the incredibly talented creative teams, who are literally counting down the days until they can once again entertain live audiences and do what they do best.

“We will be revealing the full programme for Liverpool Theatre Festival in the coming weeks. We set the bar high last year, and we can confidently say that this year the quality and talent is once again excellent. Come and join us – theatre is most definitely back.”

The Liverpool Theatre Festival in September will feature 10 days of entertainment at St Luke’s Bombed Out Church, featuring both mainstream and established acts, artists, and productions – giving Liverpool and regional talent a platform for live outdoor performance.

Confirmed for Friday 3 September is Jason Robert Brown’s award-winning musical, The Last Five Years. This modern, one act musical masterpiece is an intimate look at the relationship between two New Yorkers – an actress and a writer, who fall in and out of love over the course of five years. It gained outstanding reviews in 2017 during a run at Liverpool’s Epstein Theatre.

Saturday 4 September sees two performances of Everybody’s Talking About Musicals, a night of musical theatre with talent from West End shows such as Kinky Boots, SIX The Musical, Mamma Mia, and &Juliet, as well as stars of the future from the award-winning Liverpool Theatre School.

A Place for Us Theatre Company presents Electric Dreams on Sunday 5 September, a 1980s outdoor musical adaptation of Shakespeare’s A Midsummer Night’s Dream. Set against an awesome eighties inspired soundtrack, the cast features West End stars Zoe Curlett and Keiron Crook as the warring Queen and King of the Fairies, joined by a professional cast, live band, and young performers.

Other highlights include Opera Beneath The Stars on Thursday 9 September, Broken Biscuits on Friday 10 September 2021, and Something About George – The George Harrison Story on Sunday 12 September.

If you can’t wait until September, this year’s festival also sees the launch of The Little LTF from Monday 12 July to Sunday 18 July 2021. The sister event will premiere and champion 14 new works at St Luke’s Bombed Out Church in a different stage set-up to the main festival.

“The decision to introduce a sister event to Liverpool Theatre Festival for 2021 was most definitely a great move. Little LTF is unique as there are so few festivals who solely showcase new works," says Bill.

“Creatives have really jumped on-board for this festival of new works, especially in this first year, so we’re excited for the future already. Work submitted was extremely creative, diverse, captivating and inspiring – it’s been a very uplifting experience and proved very difficult for the panel to select its final programme of shows.”

The Little LTF has a diverse programme, including two new LGBTQ shows. This Skin Of Mine is an outrageous dark comedy exploring the aspects of what it means to be Black and transgender, written and directed by award-winning creative Kai Jolley and artistic advisor Mzz Kimberley (Kim Tatum).

Based on the successful social media series of LGBTQ monologues developed and curated during the last 18 months, 12 – The Rainbow Monologues Live gives audiences the chance to hear and celebrate 12 stories adapted for the stage – sometimes painful, sometimes joyful, but all saying so much about the human condition, highlighting the need to be heard, the need to belong, and the need to stand up and be proud.

Closing The Little LTF on Sunday 18 July is The Unforgettable Anna May Wong, about the pioneering Chinese-American Hollywood actress. Anna May Wong was determined to make her mark on the world and have a damned good time doing it. The movie star toured her cabaret show to Liverpool in 1934 and allegedly had a relationship with German actress Marlene Dietrich. This insightful play from Red Dragonfly Productions will feature songs from the original cabaret show and nostalgic film clips from the silent era.

Festival organisers have also launched the Friends of Liverpool Theatre Festival membership programme. The loyalty scheme will ensure that members become an integral role in helping the festival grow into one of the UK’s top arts festivals. Festival friends will be directly supporting the local arts scene and helping to maintain accessible, diverse, inclusive, affordable arts in Liverpool.

For the full line-up and to book tickets for Liverpool Theatre Festival and The Little LTF visit the website.

Read next: Free Bloody Marys at the dock and new openings - Bitesize food and drink news 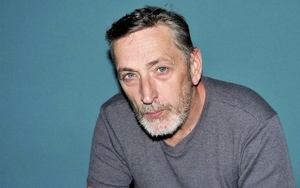 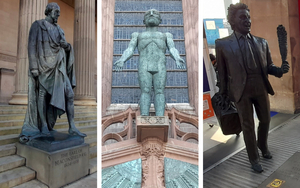