LIVERPOOL is in the global spotlight this weekend as leaders from the US, France, Germany, Italy, Canada, Japan and the EU attend the G7 summit. Foreign Secretary Liz Truss is hosting counterparts from the world’s leading economies for three days, from Friday 10 until Sunday 12 December, as the final event of the UK’s Presidency of the G7.

A heavy police presence has been seen in parts of the city, including roadblocks on Hope Street, and security gates and metal fencing at the Pier Head. Global leaders are taking part in discussions at the Museum of Liverpool.

Liverpool City Council and Merseyside Police say they are working with partners to minimise any disruption faced by residents and businesses in the run up to and during the event. The cost of the event is being met by the government and not by local council tax payers.

Foreign and Development Ministers from across the world received a welcome letter from Mayor of Liverpool Joanne Anderson and Liverpool City Region Mayor Steve Rotheram. In the letter, the Mayors reflect on Liverpool’s past, present and future:

“On behalf of Liverpool and the wider Liverpool City Region, it gives us great pleasure to welcome you to our city for the G7 Foreign Leaders and Ministers meeting.

“We are well known for being a port city with a global outlook, for our links around the world and for our thriving cultural life, enjoyed by millions of visitors every year.

“Our city has a rich maritime history and has played a pivotal role in pioneering international trade. We are proud to be home to the oldest African and Caribbean communities in the UK, and the oldest Chinese community in Europe.

“Our worldwide musical influence, including The Beatles and The Royal Liverpool Philharmonic Orchestra, is immense. The city also has a place in the hearts of football fans worldwide thanks to the success of Liverpool and Everton Football Clubs.

Delighted to host our #G7 friends and allies in #Liverpool to discuss how we defend and advance freedom and democracy globally and challenge malign actors. 🇬🇧🇺🇸🇨🇦🇯🇵🇩🇪🇫🇷🇮🇹🇪🇺 pic.twitter.com/LV6VzQCEKE
— Liz Truss (@trussliz) December 11, 2021

“The Liverpool City Region has been one of the fastest growing regional economies over the last decade. We are a global leader in infection control, materials chemistry, high-performance computing, artificial intelligence and data innovation, along with advanced manufacturing, health and life sciences.

"In the last year Liverpool has launched a Pandemic Institute to help identify future diseases and prevent, prepare and respond more effectively to outbreaks.

“We are building a 212 km ultrafast, gigabit capable, digital infrastructure that will help position the city region at the head of the next digital revolution. And we’re making use of our natural assets and technological expertise to lead the way in renewable energy generation, clean growth and decarbonisation through hydrogen, wind and tidal power.”

The Liverpool G7 meeting follows other major summits hosted around the UK in 2021, including COP26 in Glasgow in November and the G7 Leaders’ Summit in Carbis Bay, Cornwall, in June.

Boris Johnson is not attending the G7 event in Liverpool, although the Prime Minister did join Merseyside Police this week for a dawn drug raid.

Thank you for submitting your audition for the next series of #LineofDuty but we’re looking for a character with at least one redeeming moral principle and a performance that places even just a scintilla of doubt in the audience’s mind that he might not be totally bent pic.twitter.com/3jnJL74c5f
— Jed Mercurio (@jed_mercurio) December 6, 2021

Jed Mercurio, the creator of BBC hit drama Line of Duty, tweeted in response to the PR stunt: “Thank you for submitting your audition for the next series of #LineofDuty but we’re looking for a character with at least one redeeming moral principle and a performance that places even just a scintilla of doubt in the audience’s mind that he might not be totally bent.”

Read next: Face masks now mandatory in most indoor spaces - but Christmas parties can go ahead in England 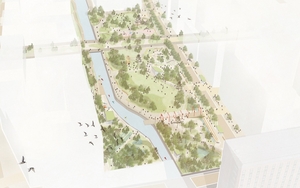