Big joy for beards turns into even bigger joy

TIME was when a crafty beer was something you downed on the way home to your awaiting tea.

No more.  What started as a niche industry, the slurp of the hipster just a few short years ago, is now such a big deal it's closing the roads. At least in the Baltic Triangle, anyway.

Liverpool Craft Beer Expo has announced that it is expanding its festival site to pack in even more beer lovers over four days later this month.

Runnings from Thursday 15th - Sunday 18th June, many sessions almost sold out as soon as tickets went on sale earlier in the year, say organisers. They responded to demand to release more tickets, and worked with Liverpool City Council on a road closure programme which will extend the festival site to accommodate more visitors and allow the addition of new exhibitors, it says here.

The event "a celebration and showcase of modern craft beer" is now in its fifth year and has sold out every year since its inception in 2013, with festival-goers travelling from across the UK to what it says is one of the country’s most popular food and drink events.

This year’s Expo, at Constellations, offers more than 300 beers on both keg and cask, from the UK, Europe and beyond, spread across 25 bars and over100 beer taps.

That'll keep you up all night.

A Prosecco Hut (presumably for the laydeez), will also feature at the event along-side the ever-popular Cider Den and a comprehensive range of delicious street food, it says here.

The closure of part of upper Greenland Street will also bring a street festival-feel to the Expo for the first time in its history, with live vinyl DJs playing across the festival days.

Tickets to the Expo are still available and can be purchased online here.

The ticket price includes entry to the festival, an event programme, a branded beer glass and free beer tokens towards the first drink.

Plans approved for The Ivy to open in Liverpool
● / Drink

Mamma mia! - You can now get pizza and aperitivo kits delivered to your door
● / Drink 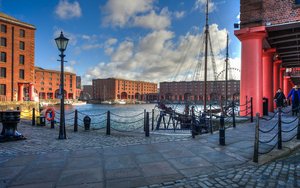 Restaurants, galleries and shops unite online with ‘Inspire Me at Home’ lockdown campaign 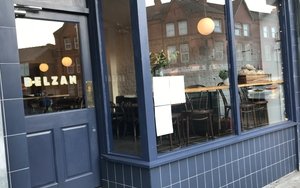 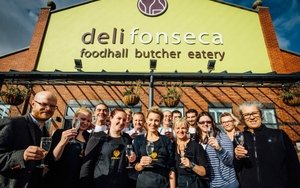 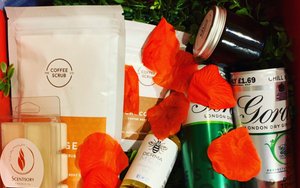