When I was in Pele, it was like, hero to zero in 10 minutes

Compared to Echo & the Bunnymen and The Lightning Seeds, Prowse never had the same sustained upward trajectory. In fact, he admits: “It’s always been a mix of death and glory for me. But I’ve always said, you can’t get rid of me that easily. I’m never going to give up.”

True to this mantra, his steadfastness has paid off. This Christmas sees his eighth end-of-year blowout at the O2 Academy Liverpool alongside his 13-piece band, Amsterdam, and last year he released his career-spanning album, The Story of Ian Prowse, on Kitchen Disco Records.

If you want a raucous Christmas party - then this gig is the place to be.

“I know people are coming in from Sweden, Italy, Canada, France and from all over Ireland and the UK. It’s a real rabble-rouser singalong gig and then afterwards, we'll have the mother of all parties,” says Ian.

And you know he means every word.

Prowse compares his longevity to the Aesop fable, The Hare and the Tortoise, and is the first to fess-up to the difficulties he’s faced.

“When I was in Pele, it was like, hero to zero in 10 minutes, and when it fell apart I couldn't get arrested by anyone for a good while. So it’s been a slow march back up the hill and this Christmas represents not only getting back up to the very top but surpassing it.

"We’ve already sold more tickets for the O2 Academy gig than we've ever sold. So this gig will be a huge celebration of that.”

Ian was born in Great Sutton, Wirral and after deciding as a teenager he was never going to make it as a serious footballer, he instead picked up the guitar. He admits to not being a natural and it took him long enough to decide whether he was a left or right-handed guitar player.

Pele formed in 1989 and went on to release six singles and two albums before splitting in 1996. Amsterdam is his 1999 - current follow up band, with his most famous single being, Does This Train Stop on Merseyside? It was one of John Peel’s favourite songs which, allegedly, he couldn’t listen to without crying.

In 2008, a train named after John Peel was launched in memory of the DJ’s connection to Merseyside, with Peel’s wife Sheila Ravenscroft and other guests at the event treated to a special performance by Ian Prowse and Amsterdam.

Ian is also good mates with Elvis Costello after personally being chosen as the support for his tour, and they recorded a duet of Don’t Throw Your Love Away, originally a hit by The Searchers.

The thing that strikes you most about Ian is his seemingly unswerving optimism. He’s a hail-fellow-well-met, genuinely approachable nice guy. He jokingly calls his fan base the ‘Good Ship Prowsie’ - “If you’re a fan, you are on board the ship with us,” he says.

His all-encompassing nature has undoubtedly helped him on his journey. He’s no curmudgeonly, fan-alienating Morrissey. Instead, he’s like the Ted Lasso of Liverpool - his enthusiasm and positivity are contagious and his fans love him for it.

“To me, it’s more than just having a fanbase,” he says.

“The fans I have, know they can send me a message anytime they want to talk about something - it doesn't have to be about my music. They know I’ll respond because I consider that they are with me on this shared musical adventure.

"Some fans have been with me for 30 years when I put out my very first single. Others have found me via one or all of my 40 lockdown live Facebook shows during the pandemic.”

Prowse also has a genuine deep love for Liverpool. His Liverpool roots connect strongly to his Irish heritage which you can tell he’s increasingly mining the older he gets.

I adore Celtic music as it has so much soul. There’s immense joy but there's also immense sadness

He even completed an MA in Irish Studies at the University of Liverpool in 2010 with the thesis “Locating the role of Christy Moore in Irish folk and traditional music”. There is obviously an atavistic connection to Ireland with its music heritage buried somewhere in his DNA.

“I absolutely adore Celtic music as it has so much soul. There’s immense joy but there's also immense sadness. It’s the twin spirits which Irish music encompasses a lot and which Liverpool people hold close,” he says.

It’s taken a while for Ian Prowse to find his authentic voice and as keeping still is definitely not on the agenda, February 2022 sees the release of a new album, One Hand on the Starry Plough. Plus, with the re-release of his Amsterdam album Attitunes - 20 years after its initial inception as it was never formally released - he’s definitely making hay while the sun shines.

“I love to be creative and I want to try to always create my very best music. Bruce Springsteen does it and continues to have really high standards at age 72.”

“I have so many friends here. Many who, just like me, are nowhere near the finished article. 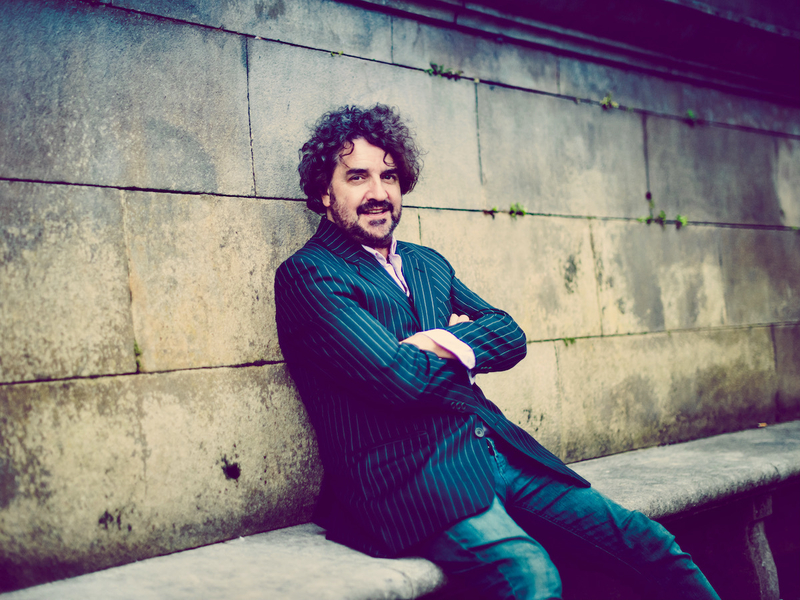 “We’re not all perfect and Liverpool people are quite forgiving of the fact that a lot of us are struggling along in our lives. We all deserve a second chance and in the past if I've ever been struggling or something has happened which is really bad, I feel like the city puts its arms around you.”

Chatting to him makes you feel that any current or future success Prowsie has is well-deserved. He’s a living testament to the saying, if you have a dream, never give up.

Ian Prowse and Amsterdam perform at The 02 Academy in Liverpool on 11 December. Tickets from £18.75, available online from O2 Academy.

Read next: Future Yard - is this the best live music venue in Britain?

Read again: ‘The Beatles: Get Back’ - unseen footage features in new documentary