The host of Channel 4's Sunday Brunch said he had decided to pull out of the long-awaited Hilton Doubletree - housed in the Grade II-listed former Liverpool Conservative Club on Dale Street - in order to concentrate efforts in his two new venues in Woolton.

He broke the news of his decision as hundreds of guests piled into L25 for the official relaunch of the Elephant pub last Friday night. The picture gallery is below.

Rimmer has taken over the famous pub and the adjoining Bubble Room restaurant as part of a company called Flying Pig and Lobster, with Roy Ellis and Neil Macleod, founders of the Revolution chain of bars.

The Bubble Room is no more and the new restaurant, yet to open, will be called The Liberty Tavern and will call on American-influenced food techniques. 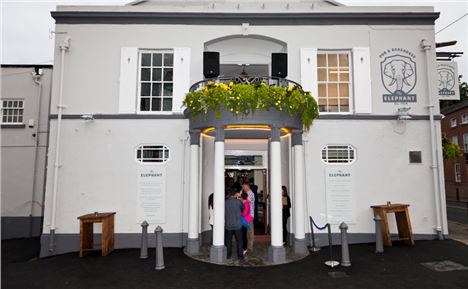 The Elephant gets a makeover

“I have come to the conclusion that 100 per cent of my effort should go into the two Woolton venues,” he told Liverpool Confidential.

“I reiterate my commitment to making the two venues the best of their kinds in the Liverpool suburbs. The support of people in the village has already been fantastic and we are looking to make the Elephant into a real destination pub – and the Liberty Tavern into something special again.” 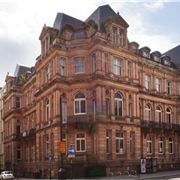 The Hilton Doubletree
will go ahead without
Simon Rimmer: eventually The Hilton Doubletree, which was due to open last January across two former council buildings - the Municipal Annex Dale Street and the education offices in Sir Thomas Street, has been dogged by delays. It's website now says it will be accepting reservations in spring 2015.

Wirral-born Rimmer has already walked a more positive walk as founder of award-winning vegetarian restaurant Greens, in Didsbury, and Earle in Hale.

In April he told Confidential:  “There is a big difference between a city centre restaurant and one in the suburbs. You are servicing the local community, they want to feel that it is a home from home."

With many hundreds of people jostling to get their hands on the Anglesey pork pies on Friday night's official opening of the Elephant pub on Woolton High Street, it was no time for judging the food.

Except for the pizza, which Confidential's operatives guzzled like idiots – declaring it quite possibly the best they had come across in Liverpool. Possibly.

Will Dale Street's loss be Woolton's gain? Time will tell.

Here are some happy punters in the meantime.