History
Lodge Lane was in the news for all the wrong reasons this week.

Once the most cosmopolitan shopping area in Liverpool, the lane boasted goods on offer that could be found nowhere else in the city. As the commercial hub of Liverpool's only diverse multi-cultural community, it thrived, yet also managed to attract shoppers from districts miles away.

After the riots of 1981 all that changed and, for many years after, a deeply depressing Kwik Save and the Dart pub was about as refreshing as it got along there.

In recent years, however, there have been fresh green shoots. A new wave of immigration has breathed new life and confidence into the area, bringing with it Caribbean, Yemeni, Persian and Somali cafés and shops. You want the best kebab this side of Kabul, or Moss Side? Go for a wander.

Tell us more
Just two weeks ago, The Liverpool 8 Superstore flung open its doors on the site of that long departed and unlamented Kwikky.

Ethnic grocers are nothing new along here, but now a new species is springing up. Storekeepers have met with the big abandoned shells of Aldis and Nettos in Smithdown, Kensington (the L7 Village Market) and now in Old Swan: The result: a marriage made in Heaven, retail temples complete with long aisles bequeathed with all their worldly goods.

And guess what? They are really undercutting the big guns which makes it a win-win for all.

So who's in charge here?
Abdul Ghafoor is the gaffer at L8 Superstore. A one-time milkman from Rochdale, he also worked as a boiled-sweet maker before going into the grocery game. Since 1990 he has built a whopping five supermarkets across Greater Manchester, called Manchester Superstores; thousands of square feet are stocked with the biggest array of global produce you are likely to see, sourced from scores of wacky suppliers.

The Liverpool 8 Superstore, employing around 15 people, is his first foray up the East Lancs after yearning to do so for almost 20 years.

“Liverpool is an international city and it is natural for one of our stores to be here,” Abdul told Liverpool Confidential. “It is a seaport and the whole world is here.

“I was delighted when this site became available. I love Liverpool, always have, and I had been waiting for this opportunity for years.”

Who goes there?
Everyone, it seems, as the word gets around. When we accidentally stumbled in there last Friday night, just days after the opening, it was chocker. Ladies in burkhas with thick scouse accents, restaurant owners bartering over massive sacks of basmati rice; yuppie Lark Lane types and keen and grateful cooks of every race and creed.

Why go there?
Because you have never been to a shop before that had a whole aisle filled with just lentils. Dozens of varieties as far as the eye can see.

“This is nothing compared with the Bolton shop,” says Abdul ruefully. “There we have four times as many lentils.”

So it's got its finger on the pulses?
Outside boasts one of the best, freshest-looking greengrocery sections in the city. Trestle tables groan under the weight of obscenely large water melons. Thousands of heady scented vine tomatoes, vivid peppers and orange carrots tumble over baby cucumbers, whole corn husks, boxes of dates and star fruit, indeed everything you can imagine. .

Inside....
...Massive ranges of honeys, olives, oils, cheeses, grains, pulses, spices, sauces and flours. Even sterry milk. There's also a halal butchers counter and freezers are packed with giant whole fish whose names you have never heard of. It's like Matta's on steroids.

Plus everything is cheap as nacho chips ("Abdul's gone mad," joked his brother who works on the meat counter) meaning you need never venture into you-know-where again.

Verdict?
Every little helps lift an area out of its blight. Forget what you have heard about Lodge Lane or “Toxteth” on the TV. Places like this are good news.

'Sicilians are very proud of their pistachios’ - Carlisi, reviewed
● / Eating Out 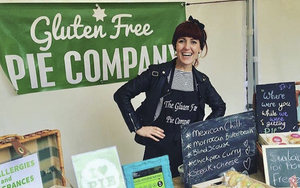 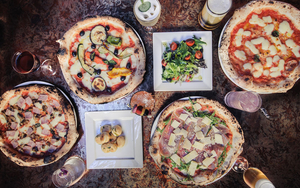