It’s a sad day when a bar or restaurant you once loved decides to close its doors for good. The first stage of grief is denial. No, it can't be closed, really, can it? You might even start to blame yourself. Perhaps if you’d tipped more generously, or ordered more, then things might be different. But that’s not how the story goes.

With increased rents, rates and the advent of services like Deliveroo... well, you know how the story goes. It's tough out there. But with loss comes opportunity.

It almost started to resemble cheese, once given a stir...

Take Black Barrel Rum Bar for example, which has slipped in to replace Izakaya, the recently closed Japanese gaff on Castle Street. Small and compact, the venue is on-trend with the contemporary (if not slightly over done) bare brick and neon lights stuff. Naturally it has a 'laid-back vibe' and of course there's a skull on the wall.

Super-Guac (£5) was the first dish and one of my favourites. Freshly mashed avocado with chilli, coriander and edamame beans, garnished with pomegranate seeds. Along with the homemade plantain crisps it made for a great first nibble. Pomegranate in guacamole? I'm convinced.

Seabass Ceviche Tostada (£6.50) was disappointing. The lemon and lime flavour didn’t come through and it was quite a tiddly portion. Though the radish, mint and pomegranate (yes pomegranate is very in) salad it came with was fresh and the accompanying spicy yellow pepper sauce really worked.

I consider myself a bit of a wing connoisseur, so was a bit bummed when the 'Spicy Cola Wings' arrive, being that there was only three wings... for £7.50. Come on now. Still, the sauce was sweet and sour in just the right way, and the wings themselves tender. The pickled onions and mint chimichurri it came with elevated the whole thing. But again... three!?

The pork belly taco (£7.50) was satisfying. Generous pieces of crispy confit pork belly matched beautifully with a spiced cider and apple salsa, with lashings of that same yellow pepper sauce.

Our final savoury dish was queso (£6), described simply as ‘molten cheese on a piping hot skillet, topped with homemade green chorizo served with homemade tortilla chips’. It sounds like a dream, but what arrived was a pool of scorching hot, flavourless oil. It almost started to resemble cheese, once given a stir, but there was no flavour, and certainly no green chorizo. Even after waiting for it to cool down there was nothing really pleasant or edible about it.

The staff though were great and regularly checked in to see how we were getting on. I would have mentioned the queso mess, and I usually would have, but i was face down in red velvet churros (£5.50) by this point, which made for better ending. The dulce de leche was brilliant.

So Black Barrel Rum Bar is still finding its feet, but with a bit more time and work on the menu could turn into one of your favourite new hangouts. 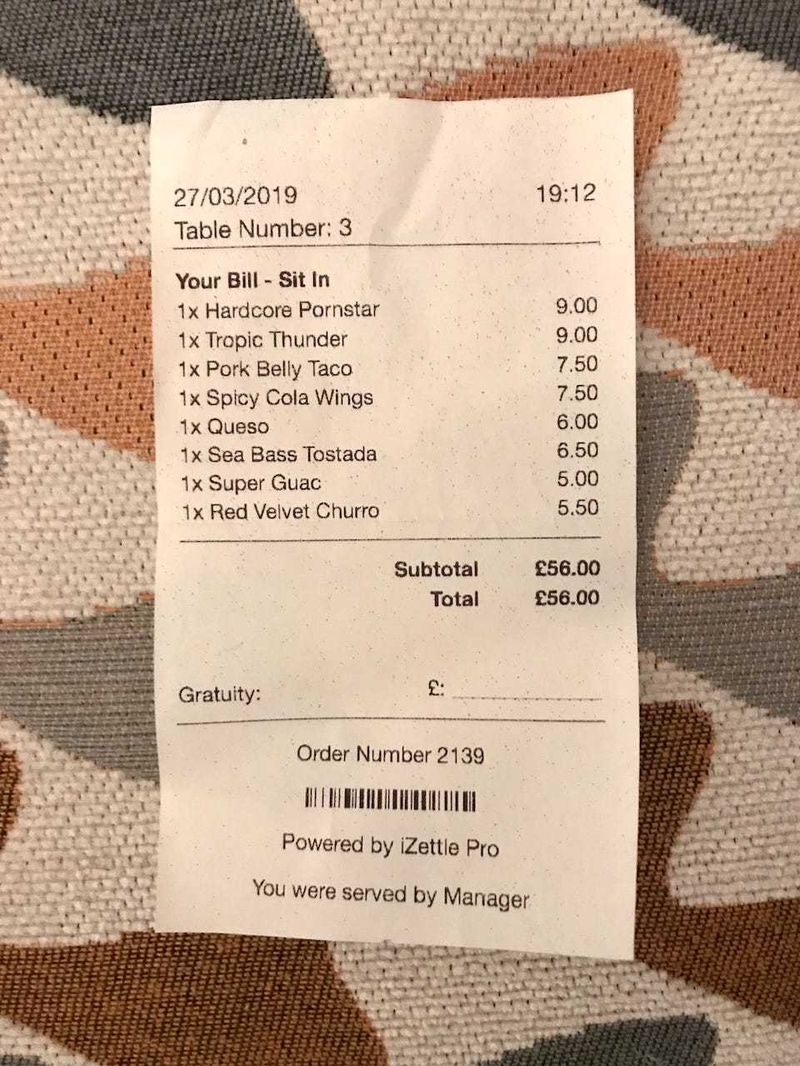