HAVING trawled the streets every month to bring back news of the best places to swap your hard-earned cash for boss scran, now put your trust into our food writers as they reveal which of their favourite places are worth revisiting as the year comes to a close. Starting with a basic pizza and hot dog, ending up at one of the Seven Wonders of the World, let’s go… 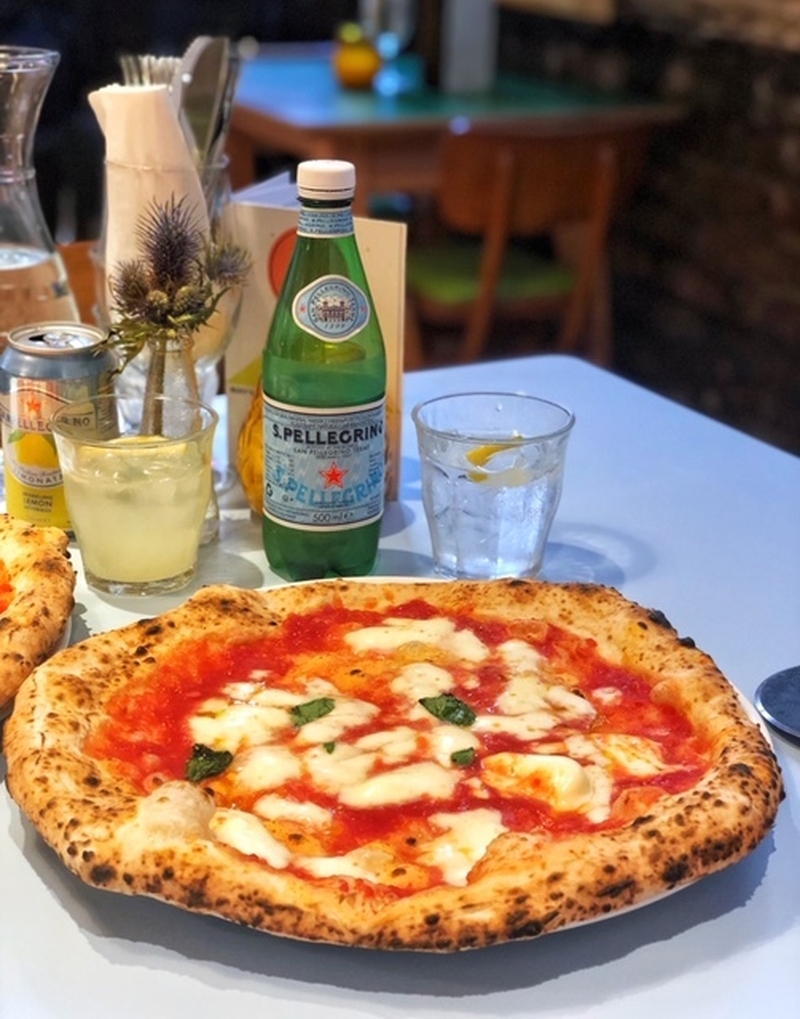 Trying to pick the best thing I’ve eaten this year was no mean feat. Not only have I eaten more than my fair share of good food but my recall isn’t quite what it used to be. Fortunately a quick trip down memory lane (by which I mean a long and laborious look through my camera roll) reminded me of some pretty spectacular dishes. The Valentine’s special at Maray, for example: a blushing steak on a myriad of sauces and two interloping filo prawns was just as romantic as it was delicious. Much less sophisticated but equally as appetising was the admittedly indulgent Daim waffles I had for breakfast at Malmo, the Swedish cafe located inside a youth centre that should certainly be high up on your list of morning meals. Of course if we’re talking out breakfast, it’d be rude not to consider those autumnal pancakes with honey cream and mango from Finca at Duke Street Market. Honestly I could go on all day.

There’s one thing, however, that I kept coming back to time and time again, and that’s the Margherita pizza at Rudy’s. No it ain’t fancy, it doesn’t come with a wine pairing and you’ll probably think I’m dead boring for picking it, but at £6.50 it’s cheap, it’s fast and it’s bloody lovely. It’s that kind of floppy Neapolitan pizza that requires a knife and fork to mop up the puddles of creamy mozzarella and sweet tomatoes from the charred, fluffy dough underneath, and with the most wonderful staff and their own dedicated spritz bar I’ve been back for it over and over. Becky Fry 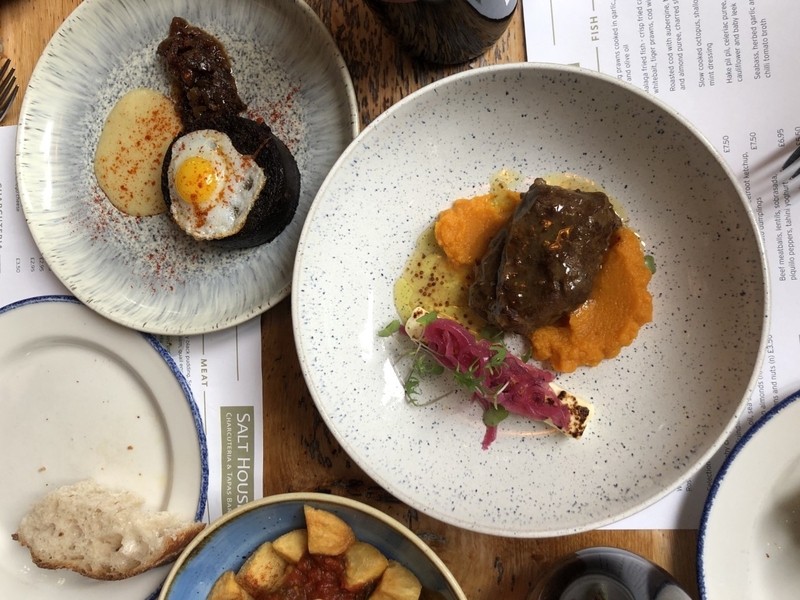 How do you pick a best dish with so many contenders vying for the top spot? There’ve been a lot of stand-out scrans for me this year (many of which include pretty much everything on the menu at Maray), but when I cast my mind back, I’m always reverted to one fine day in March, when winter was finally breaking and a glimmer of sunshine sent me in search of Spanish food at the one and only Salt House Tapas. It was here where I ate a plate of the sweetest, slow-braised pork cheek sitting pretty on a bed of butternut squash aside a chunk of salty feta and tangy pickled onions (£7.50). Nine months later, it’s still on my mind and wholeheartedly deserves my pick as Dish Of The Year. Megan Walsh 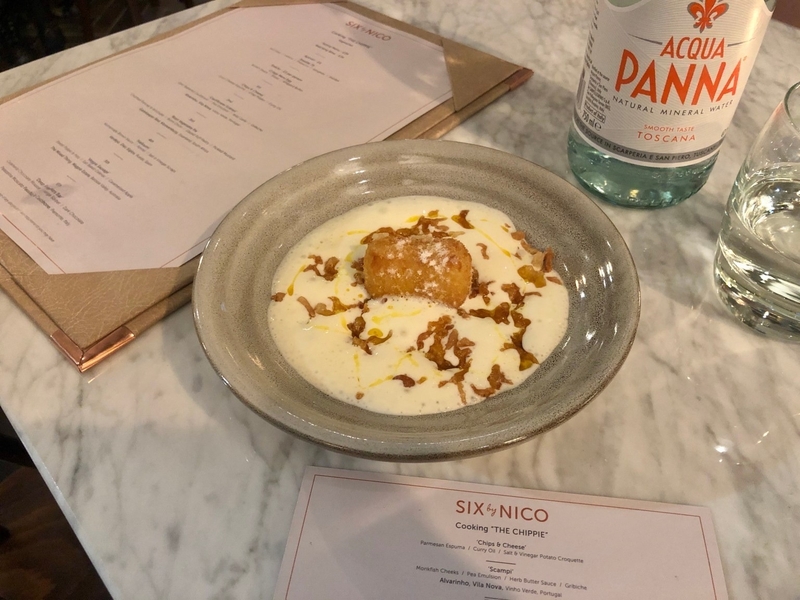 It’s been an epic year for Liverpool on the new bars and restaurants front. All my clothes are too tight and my bank balance is pitiful as a result, and I’ve still not even scratched the surface. What I have got my sticky mitts on over the past 12 months though has provided a whole raft of edible memories that I could spend the rest of the afternoon waxing lyrical about. However, I’ll keep it short and sweet – we’ve all got last-minute Christmas shopping to be cracking on with – and share just a few of the top highlights.

I couldn’t possibly go any further without mentioning the Six By Nico six-course taster concept inspired by dreams, stories and memories, which changes on a six-weekly basis. I practically ran there after the doors opened in November in time to indulge in The Chippie menu – a contemporary adaptation of the quintessentially British chippie tea. Every morsel brought to the table was truly extraordinary but it was the cheesy chips that knocked my socks off. A crispy salt and vinegar potato croquette surrounded by a silken goats cheese foam, drizzled with curry oil and sprinkled with crunchy salt and vinegar ‘scraps’ made for a total taste sensation.

If Six By Nico was something new, let Salt House Bacaro be the old favourite that never fails to deliver. The Bacaro guys can’t do any wrong in my eyes but I’m still thinking about THAT Parmesan gnocchi dish I ate there earlier this year. These weren’t just any old pasta-potato dumplings – they were crispy, deep in flavour, and served with a stunning sweet onion and Marmite puree that I would defy anybody to hate. A fine example of when daring to go left of centre pays off big time. Speaking of which…

Special mention has to go to the savoury doughnut (pictured top) I devoured at Aether as part of their collaboration with local street food vendor Yu Donut. This was your humble baked goods stuffed to the brim with sticky Peking duck and a crunchy Asian slaw. Genius, pure genius. More of the same gastronomic anarchy in 2020 please, Liverpool! Stephanie Whalley 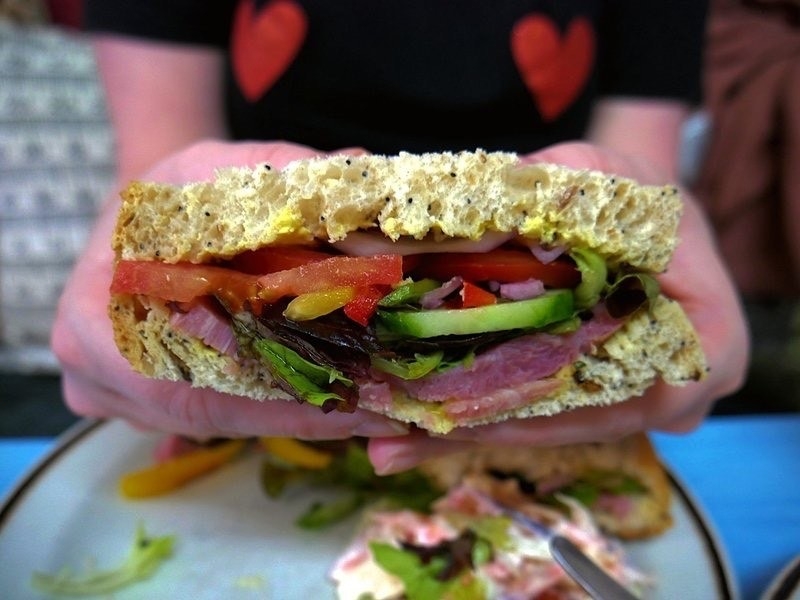 Free State Kitchen, on the Knowledge Quarter’s Maryland Street, are known for their burgers, and rightly so – they grill the best cheeseburger in town. If their burgers are the star players, then their hot dogs are the unfortunate underdogs. Cooked simply with American cheese, slow cooked onions, and mustard and ketchup additions, the beefy Free State Dog (£9.95) proves that sometimes the old tricks work the best.

But Fodder was my first ‘proper’ Scouse experience, and it was delicious - their generous hot ham sandwich stole the show. I’ve since returned in hope of trying it again, but had no luck. Shame. But everything else Fodder serves is just as fresh and delicious, so get yourself down there and support them. Desmond Hogan 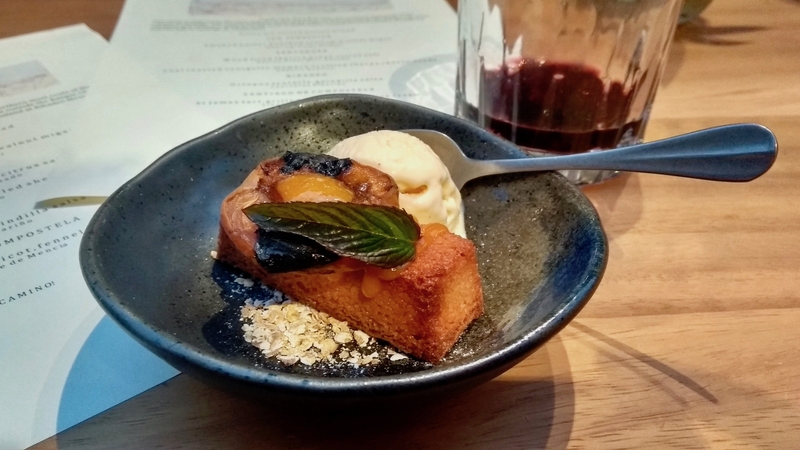 Looking back on my year reads a bit like the adventures of Philomena Fogg navigating the peaks and troughs of the globe, sometimes struggling to control that peculiar flying machine. Not alcohol-related, I promise. I revelled in Alpine oompah at Albert’s Schenke, went prawn crackers over Maggie Fu’s salt and pepper ribs, and hit rock bottom in Hunts Cross with a chicken masala that was as red as a baboon’s backside. At Bundobust, I finally found some bhaji to love. Yes, the okra fries are every bit as good as everyone says, but the onion, broccoli and kale bhajis are a headline act too. Rocket & Ruby was an absolute gem and braised ox cheek a highlight from their small plates. They’ve since closed down, so you’ll have to head to Salt House Tapas to try the next best thing. The good news is Rocket & Ruby will be back in 2020, running the kitchen for Pins Social Club. Will I be bowled over? Watch this space.

My overall winner for best dish comes from Spain; Santiago De Compostela to be precise. Pilgrim’s gastronomic journey from Duke Street Market to the Camino del Norte has gone the extra mile with acclaim from the national press and a Michelin Bib Gourmand award. St James tart is one of the Seven Wonders of the World. They like to play around with the frills and bows but essentially it’s an almond and citrus sponge, served with ice cream. Is it a cakey tart or a tarty cake? Who knows. The perfect end to a perfect year. Vicky Andrews