SOME of us get a buzz out of hitting the sack before 8pm and making a herbal brew to watch the sunrise the next morning. Others get butterflies at the thought of dancing and hollering on tabletops and shooting eye-watering spirits until the small hours - otherwise known as ‘disco belly’. For the former, we recommend pencilling a breakfast date into your diary, and there are plenty of great places to get pancakes or a good Eggs Benny in the city. For the latter, make sure you’ve had a big dinner to line that stomach because you’ll be in it for the long haul... 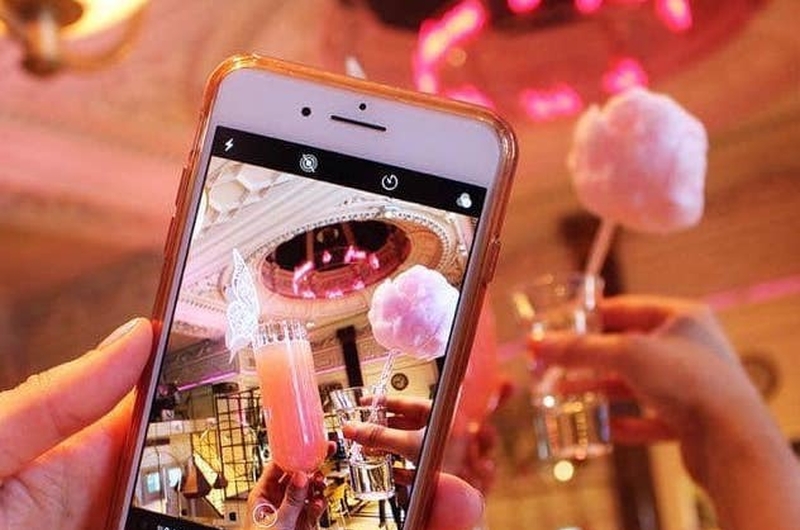 Ever wondered where those girls who you see milling around the shops during the day with giant rollers in their hair end up later? The synonymous Scouse ’do could well be the sign of a ‘prinny’ prepping for a night with the girls or her fella at Neighbourhood. A sophisticated menu of wine, champagne, spirits and ‘trendsetting cocktails’ fuel the ritzy party vibe in flamboyant surroundings bedecked in a rainbow of candy colours. 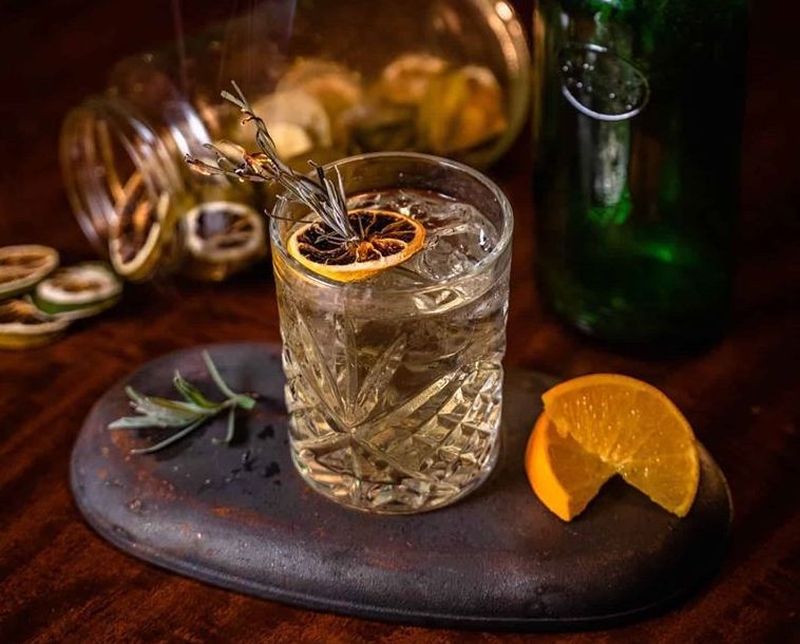 Inspired by the debauchery of Victorian gambling dens and drinking parlours, The Oracle is like taking a time machine back to the 19th century. Subtly signposted by a solitary street light over the door along Duke Street, this is one of the city’s most coveted hidden gems. Those who choose to enter the lair can enjoy sleight-of-hand magic tricks and illusion, take a seat at one of the games tables or simply sit back in an armchair in the corner and just absorb the charmingly dingy decor. Drink from a selection of classic and handcrafted cocktails - including the absinthe-based Green Fairy - until the clock strikes 2am. 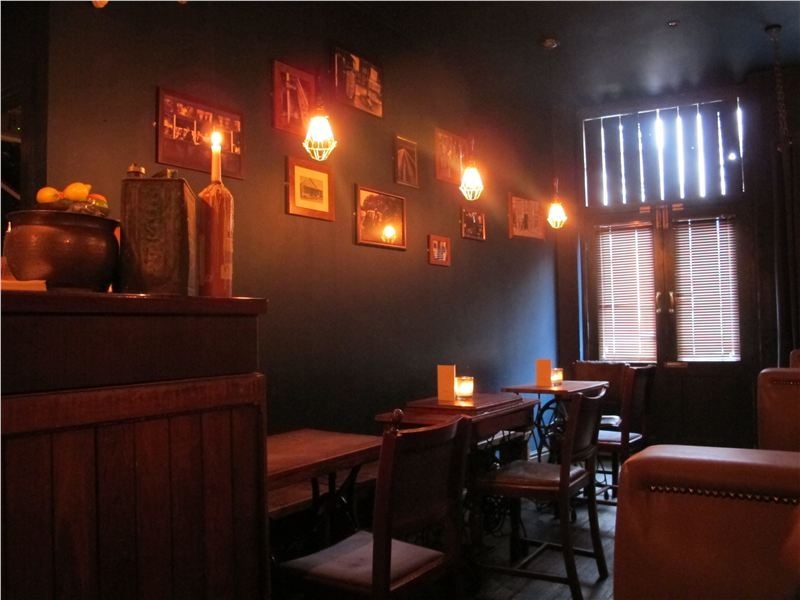 Another of the city’s low-lit drinking establishments taking inspiration from bygone times, you don’t just stumble upon Berry & Rye - only those in the know make their way to the unassuming black facade on Berry Street and knock on the door. Once you’ve made it over the threshold onto the other side of the black curtain, you’re hit with a waft of incense and whisky as your senses adjust to the intimate, olde-worlde Prohibition-style space. Home to one of the best Old Fashioneds in town and a hushed jazz soundtrack you’d expect on the closing credits of a film noir, this is one our favourite places to idle away the hours. 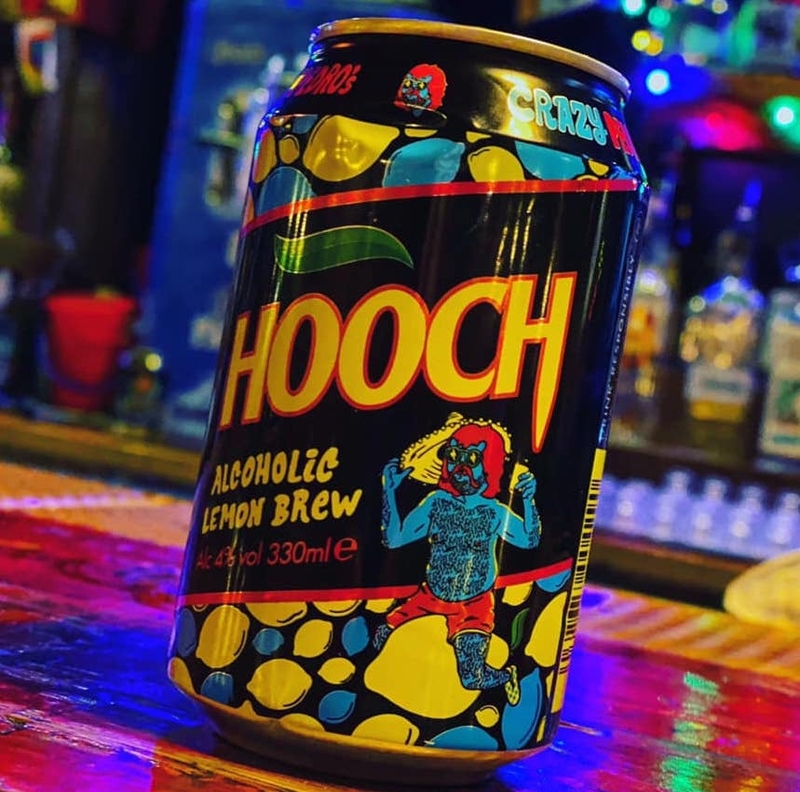 A slice of pizza the size of your head and a cocktail named after the area between the anus and the genitals - what more could you ask for? Yep, even on a school night at Crazy Pedro’s you can drink ‘Gooch’ (Hooch and gin) galore until the early hours. As laid-back as you like, this is a casual kind of establishment where you can hop from beer pong to pinball, mezcal to frozen Margarita, and ice-cold beer to agave cocktail. Refuel with a trip to the in-house pizza counter and select flavours by the slice or just go for the whole damn thing. We recommend the Chippy Tea with mushy peas and curry sauce or the Can’t Cluck, Won’t Cluck, topped with vegan nuggets, baked beans and potato waffles. 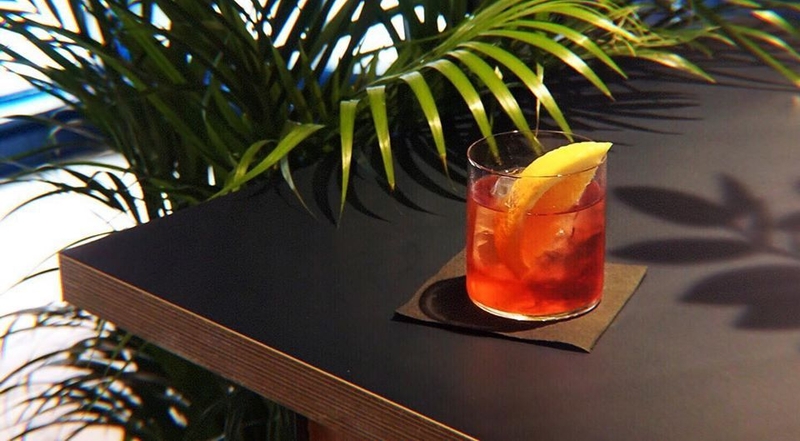 Moulded around the concept that it’s the company you keep which makes for the most memorable nights, Present Company is the perfect place to retreat to when you’re not quite ready to head home but don’t fancy strobe lights and slut-dropping. Jeff Goldblum recently rated this place “10 Goldblums out of a possible 10 Goldblums” on Channel 4’s Sunday Brunch and we’ve got to say, we do concur. Run by a group of lads with more cocktail-making accolades than you could shake a sticky stirrer at, Present Company prides itself on its homemade cocktail ingredients, including a rum laced with burnt butter. Go for the quirky decor and modest menu of crumpet-based bar snacks; stay for the award-winning drinks and rotation of live music. (Read more here) 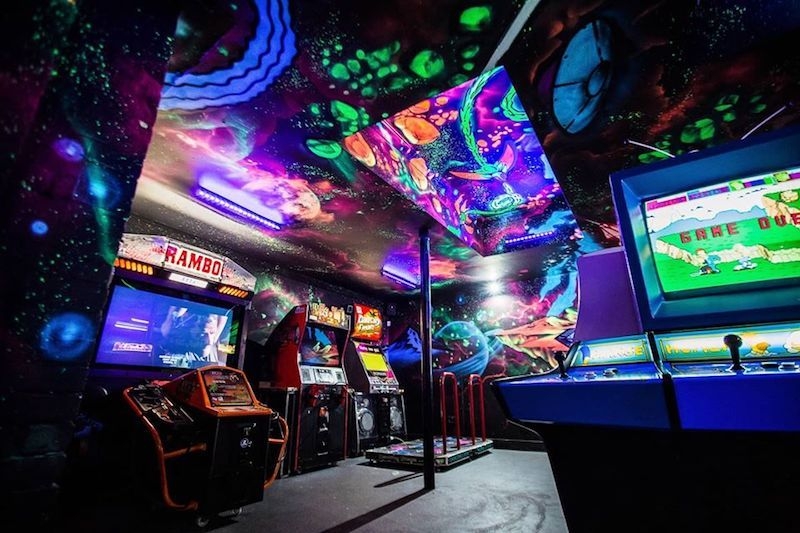 Underground drinking den NQ64 is stacked with retro arcade games and classic consoles so you can get stuck in to games from across the decades, from Donkey Kong and Pac-Man to Guitar Hero and Mario Kart. Buy tokens from behind the bar and, while you’re there, grab yourself a themed cocktail from the menu of nostalgic tipples. We’re quite partial to a Princess Peach, named after Mario’s on-off love interest, and a sweet mix of Prosecco, peach, orgeat syrup, pimento and dram. 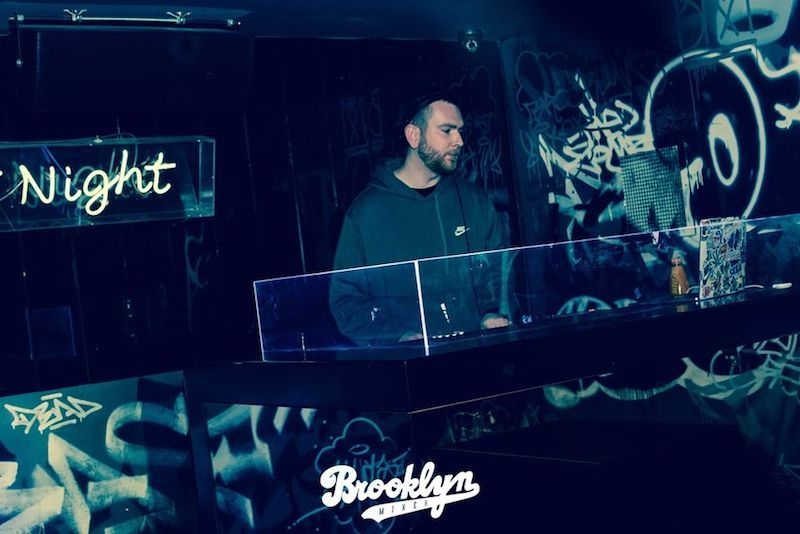 A cosmopolitan cocktail bar with attitude, Brooklyn Mixer is the place to be if you fancy dancing to R&B, hip-hop and dance beats until night turns to morning. The party venue is split into three floors, like a club sandwich full of cool music, great drinks and people who will almost definitely become your best mate in the toilets. As Biggie would have said, this place is sicker than your average and not one to be missed off your late-night drinking list. Booth packages and cocktail masterclasses are popular here if you fancy kickstarting your evening in style. 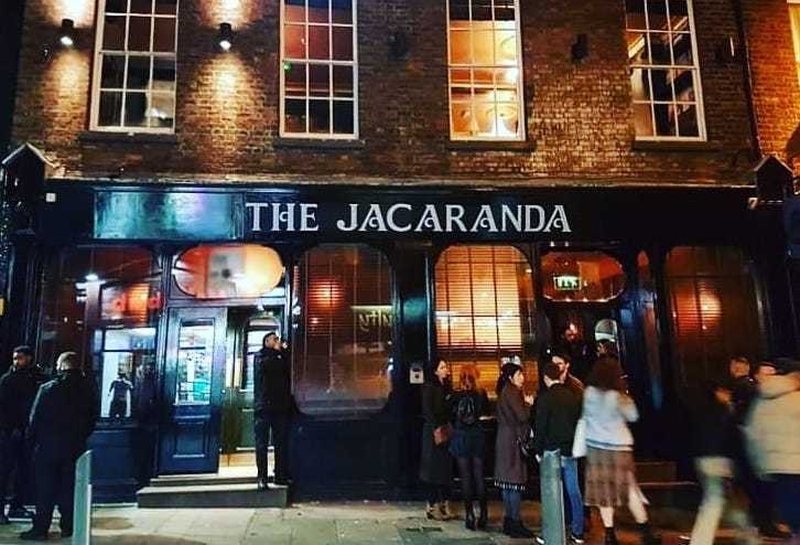 Head to the Mathew Street, Eberle Street or Victoria Street end of town and you’ll have your pick of sticky basement nightclubs that stay open to the most uncivilised hours. Fancy something a little cooler? Navigate yourself 10 minutes or so the other way to The Jac and swap Sean Paul’s back catalogue for DIY vinyl-spinning in authentic Liverpool boozer surroundings. Opened in the 1950s by a local businessman, The Jac started life as a coffee shop frequented by The Beatles. These days? We’re talking beers on draught, upholstered leather sofas, precariously balanced bar stools and that familiar smell of well-used beer mats and dusty record sleeves. 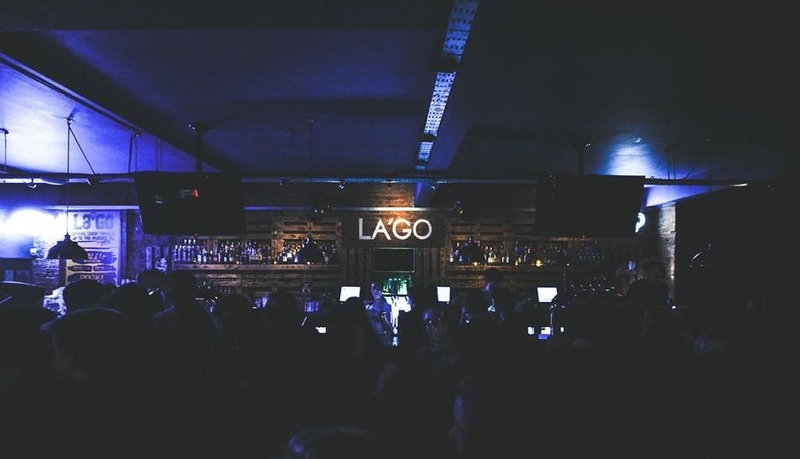 If you know, you know and if you don’t know, get to know. La’go is a legend of the Liverpool nightlife scene and the self-professed ‘home of soul and Motown, serving cheap thrills to the masses for over two decades’. You won’t find any la-di-da cocktails or pricey Champagnes on the list here, but what you will unearth are some dance moves inside yourself you didn’t even know were there. Championed for its affordable price tags, you can line up a whole round of Jägerbombs here with the loose coins at the bottom of your bag and still have change left for a portion of cheesy chips on the way home. 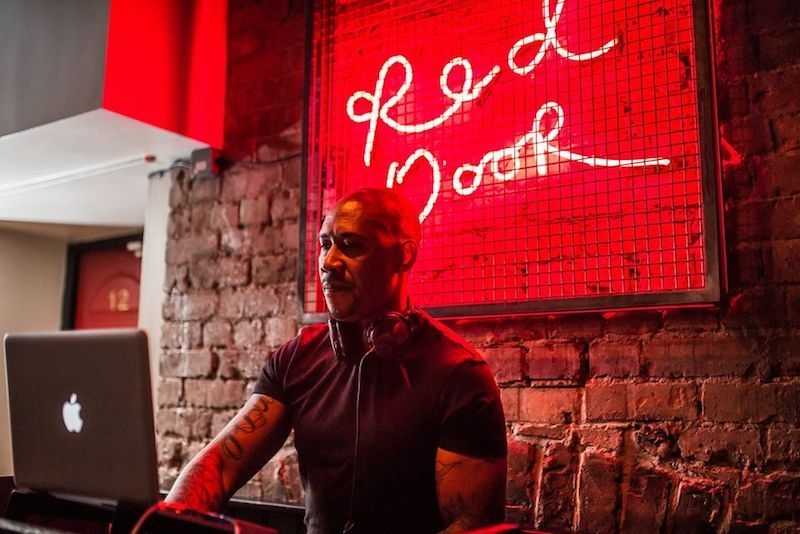 Red Door isn’t exclusive to Liverpool but it’s still often described as Liverpool’s ultimate late-night cocktail bar. One of the most popular hotspots for drinking in the city, it’s illuminated with nothing but neon lighting by night and a seductive glow that entices party people seven days a week. Heralded for its modern approach to mixology, the Red Door drinks roster offers something a little out of the ordinary, on a mission to ‘change the world one drink at a time’. Same goes for the venue itself, which contrasts gentlemen’s lounge-meets-hunting lodge with a cool outdoor terrace and modish clientele. 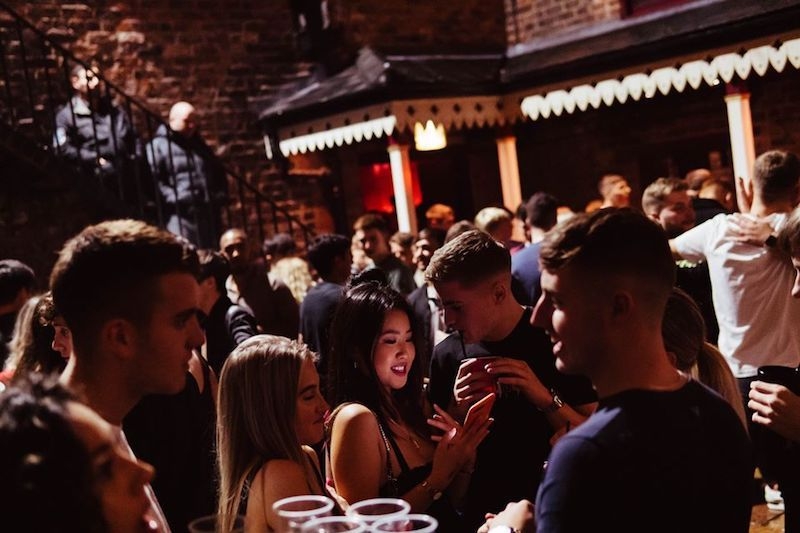 You’ve not had a big night out in Liverpool until you’ve done Heebies, and thrashing it out on the dancefloor or drinking Jack & Coke under the heated lamps of the outdoor courtyard are rites of passage. Enjoying cult status, the venue (including Heebies Basement) has such a chilled-out atmos and hospitality during the daylight hours you’ll often find yourself still there when the lights come on. The split-level space has a variety of DJs and live music plus your standard, classically stocked bar, and we challenge anyone not to make some epic morning-after stories here. 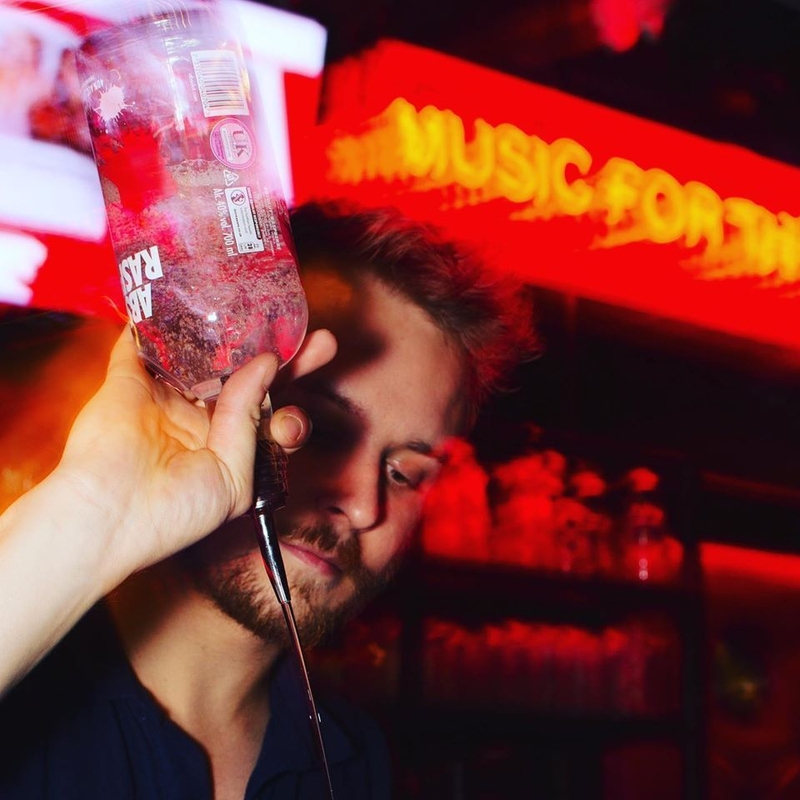 By day (or early evening), MOJO is a US-style diner serving up a selection of wings, sliders and shakes; by nightfall, it becomes a bouncing rock’n’roll bar with some of the best tunes in town. The website advises ‘if you want house and dance, go find the door’ – instead we’re talking back-to-back Fleetwood Mac with a sprinkling of Springsteen and a whole load of Arctic Monkeys to stomp your heart out to. With bold claims of being ‘the #1 cocktail and rum bar in Liverpool’, this is the kind of place where your ripped jeans and battered old leather jacket will feel right at home. 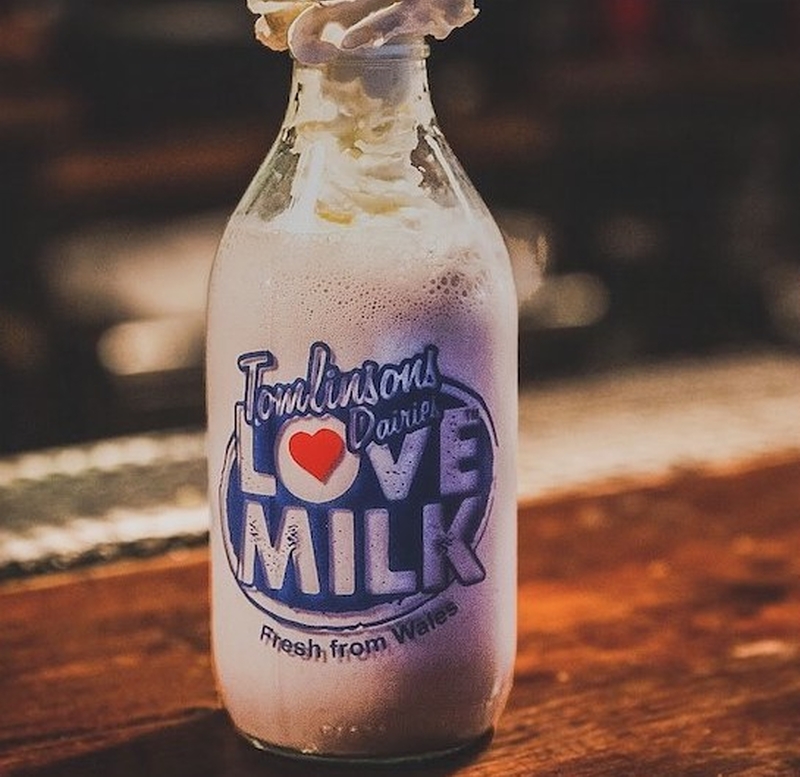 Those both near and far will know of Santa Chupitos as the home of the famous 5 Dollar Shake - a heavenly muddle of vodka, Chambord, blueberries and ice cream that ironically costs significantly more than the equivalent of five dollars. Other favourites from behind the bar include the Bubblegum Sourz and Johnny’s Badass Pina Colada. The venue itself is an intimate affair with a modest offering of booth seats and bar stools, effortlessly cool with its all-black exterior marking the cobbled corner of Parr Street and Suffolk Street. 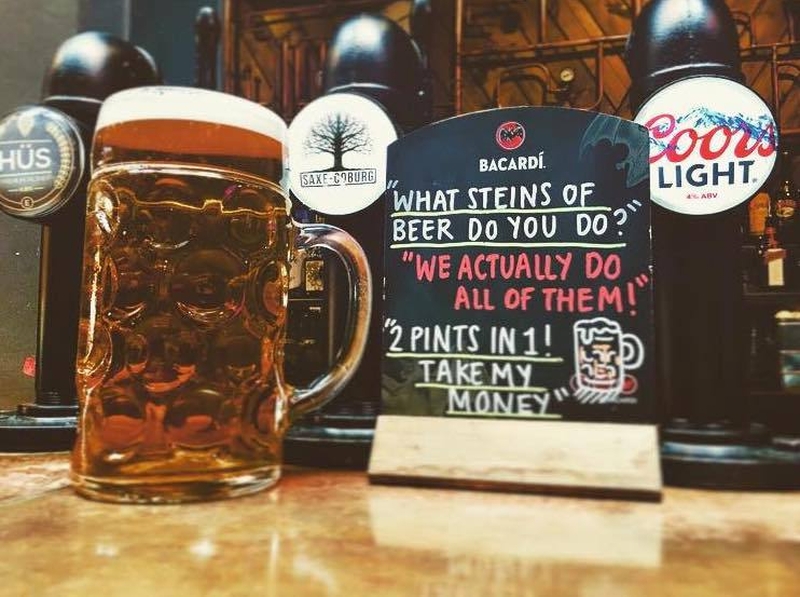 Einstein’s has gathered quite the reception in the party quarter that is Concert Square. The go-to for many who have a mutual love of beer, sports and live music, this is the kind of place you’ll want to avoid if sloshing pints and rowdy football fans aren’t your flavour. For those who revel in that kind of thing though, look no further. Its style takes inspiration from Bavarian Steampunk; its expansive choice - from happy hour cocktails to Bier Tap Booths - caters for all. 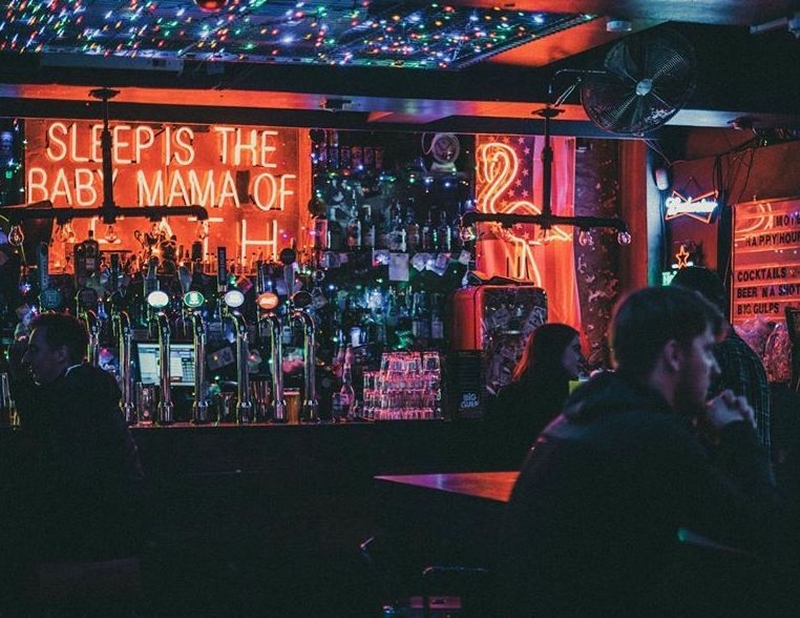 The motto here is emblazoned in neon tube lighting behind the bar and reads: sleep is the baby mama of death. So, for those who’ve never found counting sheep quite does the trick, wind your way to this clandestine bar at the Hanover Street end of Fleet Street because you’ll be in good company. Masterminds behind the Dive Bar Karaoke, Motel is like some sort of unique cross between an Edgar Wright film set and dinner at Ellen’s Stardust Diner. If you don’t know who Edgar Wright is, go and watch Baby Driver immediately and if you aren’t familiar with Ellen’s Stardust Diner, you’ve clearly been doing Times Square all wrong. Either way, get yourself down to Motel for a brain-freezing Pain-chilla or a Fuck Shit Up Motel float spiked with any shot of house spirit.

Hungry for more? Check out our guide to the best places to eat and drink in Liverpool’s Georgian Quarter.