Have you been a naughty elf?

A Christmas grotto for grown ups only is to launch in Liverpool next month.

Bad Santa is the brainchild of the team behind Camp and Furnace and part of a seasonally charged, indoor winter festival featuring falling snow, food and drink, music and festive movies in the final week before Christmas.

The adults-only grotto will give visitors the opportunity to sit on Santa’s knee to “find out how good or bad they’ve been” and, consequently whether they will be punished or rewarded. (And there is nothing quite like the sensation of a warm mince pie pressed into the palm of one's hand, is there?)

Grotto-goers can also expect to be bundled into a “Glittervan” for face painting and some wintery sparkle before disco dancing until 3am.

Running for six days from Monday 18th December until Saturday 23rd, the event, billed as, Snö Garden, is a festive spin on the venue’s popular Nightgarden event, which combines music, drinks and live music.

They are even promising snow every day of the event - somehow.

A Camp & Furnace spokesman said: “We’ve always been known for our winter events at Camp and Furnace, they suit the venue perfectly and Snö Garden will be our biggest seasonal party so far.

There’s a whole host of activities for all the family as well as some of the region’s best food and drink traders, however we anticipate that Bad Santa may have his work cut out!

“We’re also looking forward to making it snow every day - it’s under wraps how we’ll do it, but it’s going to be magical.”

Taking place in the venue’s Furnace room, decorated with snow drifts, snowflakes, projections and a giant Christmas tree, each day will kick off with a Christmas movie on a massive screen. They include Home Alone, The Muppets Christmas Carol, Elf, and Miracle on 34th Street. There’s also a pop-up sweet shop selling bags of edible snow and, presumably, Flakes.

Camp and Furnace’s house band will perform live, with a variety of festive tunes, or for those who fancy getting up and doing a turn there’s Xmasoke - where one can join the band and sing along to their favourite Xmas song.

There’s also a Snö Garden Silent Disco, food traders, a cocktail and gin bar. And mulled wine, if you must.  Other than that it's jingle all the way, innit?

*Snö Garden, Camp and Furnace, 67 Greenland Street, Liverpool L1 0BY. Monday 18th - Saturday 23rd December from 4.30pm - late. Free, with children and dogs welcome. Under 18s are not permitted in the venue after 9.00pm.

‘A chef who knows how to wring out flavours’ - Lerpwl, Royal Albert Dock, reviewed
● / Shops/Markets 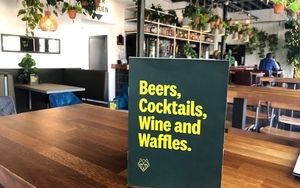 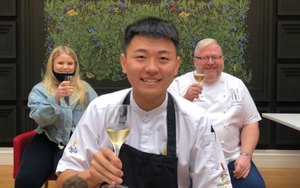 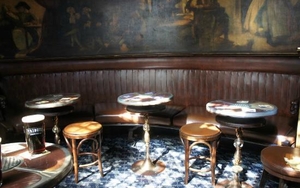