It’s party time. Nothing says Christmas like a crazy massive burger. Seriously. Stuff the turkey. No, hang on, stuff stuffing the turkey and head to Almost Famous instead.

Party bookings at Almost Famous cost from £22.50 per person for any burger, any fries and any Christmas cocktail. Result.

The burgers included for £22.50 include: Famous Burger, River Phoenix, Triple Nom, Portlandia (vegan) and Santa’s Ghetto Burger. Make mine a Triple Nom with a side of wonder waffles. Nom, nom and nom again. In fact, you can level up to any other burger for just £4 so check out the seasonal beauties below.

The John Candy. It may be the first time the late great John Candy has been described as a beauty, seasonal or otherwise but no matter, because he’s a legend. So’s his burger: cheese burger, sausage patty topped with Applewood cheese, jd maple bacon, shoestring onions, bacon ketchup, bacon bacon mayo, famous sauce and, of course, a candy cane. It is Christmas and it is John Candy. What did you expect? That it was topped with planes, trains and automobiles?

Don’t fancy it? (Crazy fool) Perhaps you’d rather go for the banging bargain of a slider package. Just £9.50pp for an arrival cocktail, a famous slider and bacon bacon fries. This offer is only available to groups of 20 or more so make sure you find yourself some friends. If you’re offering bacon bacon fries and booze though, everyone will want to be your friend.

Don’t forget to check out the private dining rooms because if you’re going to cause some festive carnage, if things are going to get messier than a melting snowman, you might want to keep it to yourself. Just saying. I won’t tell if you won’t. Drink responsibly there peeps 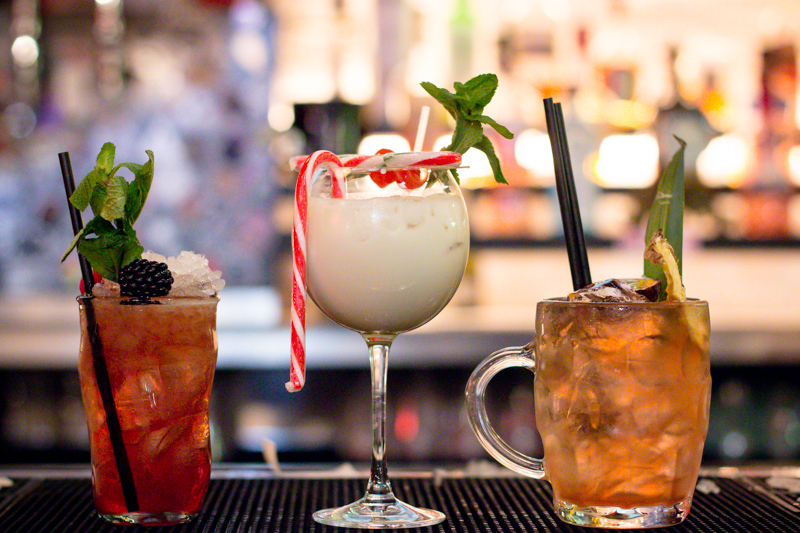