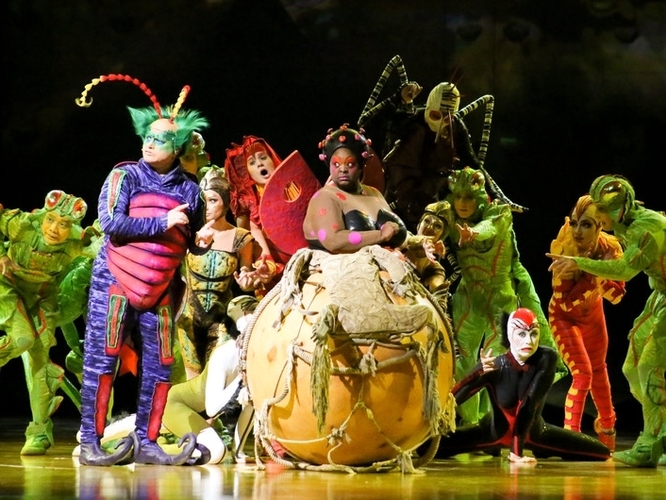 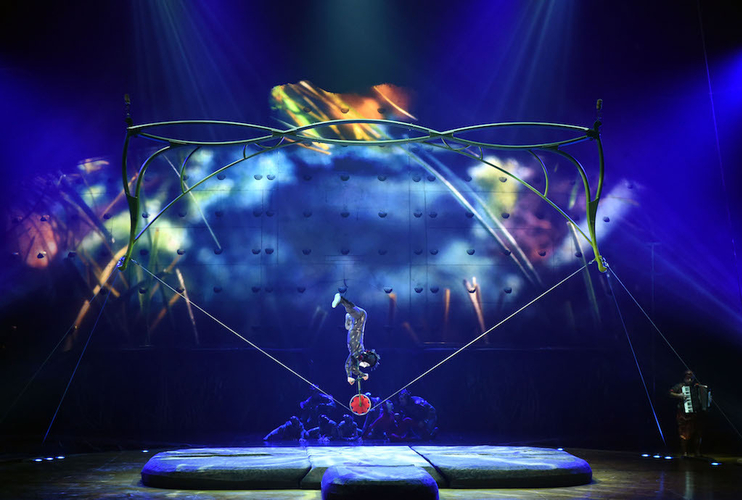 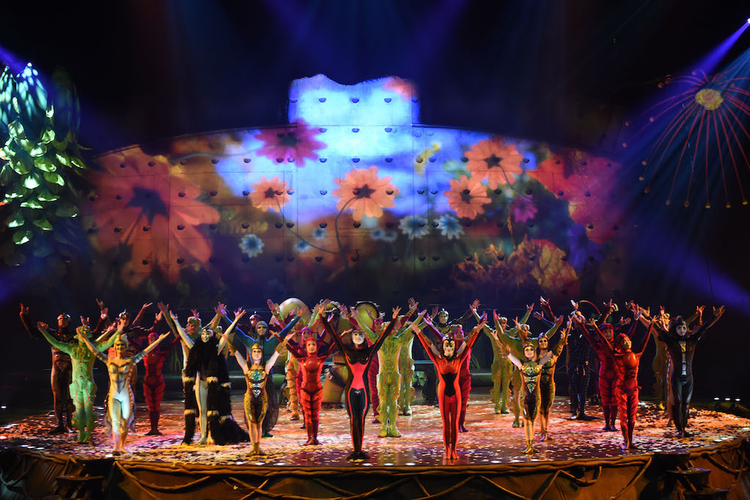 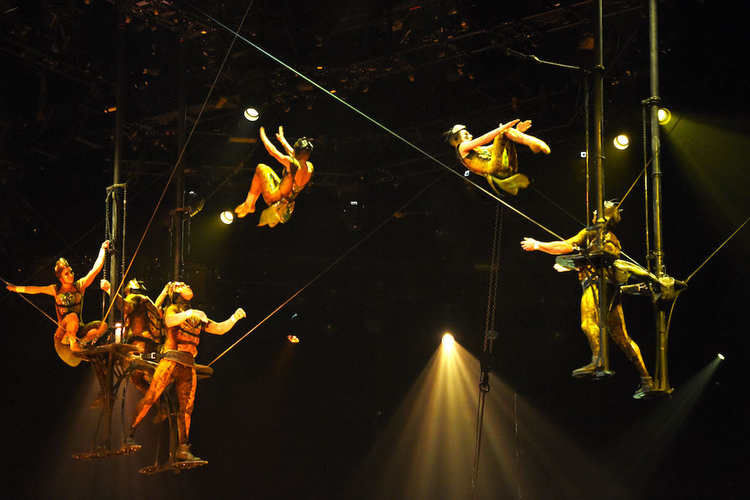 The antiseptic environs of the Echo Arena seem a long way from the windblown council recreation grounds on which circuses sometimes ply their trade, but the skills on display in Cirque du Soleil’s OVO share an inescapable kinship with that mystifying, lightly trippy tradition.

True, there’s no place here for dopey elephants or clapped-out comedy cars, but there are tumblers, acrobats, music and spectacle. And there are clowns too, albeit dressed as giant beetles rather than in full Ronald McDonald regalia.

In fact, everyone is dressed as some kind of creepy crawly in this show. In true contemporary circus style, OVO ties up its remarkable displays of tumbling and tight-roping in a lush conceptual wrapper loosely based on the secret lives of insects. This is a world rich in the sticky, humid atmospheres of the exotic undergrowth, a place where ants juggle kiwi fruit, strange plant life pulsates, and the air is often filled with flying creatures so mesmerising, you’d never think of reaching for a rolled up newspaper.

As one of the biggest producers of this kind of souped-up circus extravaganza, Cirque du Soleil attracts performers of exceptional ability. The physical feats on display are often stunning; with balance, precision, elegance and grace all combining to create moments of heart-bursting wonder. The power, agility and delicacy of movement are all evidence of supreme skill, not just in the execution but also in the conception.

Highlights include a beautiful aerial courtship between two butterflies, some stunning diabolo work performed by a firefly, and a display of throwing and catching performed high in the air by a bunch of what are apparently scarab beetles. There’s full-on weirdness too, with a character known as Creatura appearing as an extraordinary expanding and contracting Slinky toy that oozes across the stage before standing up for a show-stopping dance.

While slack-jawed admiration is a regular sensation while watching OVO, it’s often more difficult to feel truly immersed in the concept and narrative. The show opens with the emergence of a giant egg that causes ripples of curiosity to flow through the on-stage ecosystem, but this motif never really delivers any genuine narrative momentum.

There’s also a recurring tale of bumbling flirtation performed by the show’s equivalent of traditional clowns. In this case, a fly, a ladybird and a bald-headed bug thing play out a series of physical comedy routines that are light on belly laughs but increasingly heavy on tedium. Sometimes they provide a distraction while the stage set is prepared while at other times they get their own full-blown clowning sequences. Either way, the second half is far too full of them, just at the point when the show should be building to a climax.

As visual spectacle, OVO’s world is richly colourful and vibrant, and sonically, the air is thick with the chirrup of cicadas and the calls of exotic birds. The live music, however, is rather too reminiscent of the ambient rainforest chill-out CDs you used to find in motorway service stations, and in truth, the show never really hits the heights of communal euphoria it seems to strive for.

But, although its structure is lop-sided and some of the comedic fooling is about as funny as a wasp infestation, this sanitised brand of circus is still worth catching before it leaves town. If you can afford it.

OVO runs at the Echo Arena until Sunday 19 August, with afternoon and evening performances available