Banish the back-to-school blues with craft beer, inflatable unicorns and a morning of arm knitting

Didn't you used to hate it as a kid, being dragged along to ASDA for the family food shop, affronted by huge swaying "back to school" banners as soon as the holidays had kicked in? Like a grey pleated shadow hanging over your summer. The only good thing was choosing your new pencil case and stuffing it with a kaleidoscope of gel pens that Jon Arnold would probably end up inhaling in Maths.

Well, there's something to be said for looking ahead to September, especially when there's a bundle of events coming up in Leeds. It's time to whip out your weekly planner and get scribbling.

Read on for a list of the best things to do and see in Leeds this September.

Who doesn't love an inflatable? Ok maybe stiletto wearers or air hostesses, but definitely not children - they love anything bouncy and aerated - right? Thankfully, Leeds artist Pippa Hale has answered every six-year-old's prayers with a huge colourful installation under the gothic archways of Left Bank Leeds. Hidden away under this chapel come community events space, the interactive piece explores play and its parallels with the Christian concept of the afterlife. This is one of the last chances to catch the artwork after a long summer residency on Cardigan Road.

Keen to meet fellow queer readers? Love to walk with like-minded folk, dissecting the latest novel in scenic surroundings? Well, the Bookish Queer stroll is the one for you. Set against the backdrop of one of Europe's largest parks, September's event will analyse the twists and turns of 'The City We Became' by N.K. Jemisin. A fully wheelchair-accessible event that is free to join, you can also get 20% off the book when you use discount code STROLL on The Bookish Type's website or in-store at the Merrion Centre. The event starts at 12pm and we suggest you get your bookworm head on.

The giant lion Portland stone plinths were a key feature of Leeds International Beer Festival (LIBF) as craft beer lovers poured down the steps of the town hall in the September sunshine. But alas, Cuthbert Brodrick's Grade I listed Victoria Hall is undergoing some serious roof renovations, forcing Leeds City festivals and events to find temporary homes in and around the city. The LIBF team have done pretty well in securing a backup spot near the river in the leafy suburbs, with this year's fest taking place at Kirkstall Abbey. Expect a weekend of craft ale from the likes of Neon Raptor, Thornbridge, Nomadic, Neptune, Northern Monk and many more.

When Adam Kay's hilariously honest insight into the chaotic world of NHS Obstetrics and Gynaecology aired back in February, everybody was hooked to the screen. Maybe it was Ben Whishaw in uniform, maybe it was the distressing realism of parenting. Either way, we will one hundred per cent be booking for the best-selling author's live tour, Undoctored, which is set to be even more gruesome than the BBC series. Ticket and book bundles are available online and the event starts at 6pm at the First Direct Arena.

September sees curtains rising on performances right across the UK, and with the only ballet company in the North of England, Yorkshire audiences will be the first to witness the opening of the Northern Ballet's Autumn Season. Three brand-new world premieres from award-winning choreographers Mthuthuzeli November, Stina Quagebeur and Dickson Mbi, will run from the 10 - 17 September at Leeds Playhouse's Quarry Theatre, and you can expect some contemporary takes on classic tales of love and loss. Get your tissues ready.

Emeli Sandé seemed to emerge from nowhere as the standout star of the London Olympic ceremony in 2012. A former medical student from rural Scotland, the singer belted out Abide With Me with such presence, authority and faith, and now she's touring the UK with her intimate gospel-tinged vocals. Alongside the likes of Robbie Williams, Tears for Fears, Craig David and George Ezra, Emile will be headlining BBC Radio 2's Live at Leeds at Temple Newsam Park this September. Tickets start at £52 and the show begins at 8pm.

From 8pm on Wednesday 21 September, Jon Hopkins' symphonic exploration of the human psyche blends classical grand piano with trippy techno. Recently cited by The New Yorker as "One of the most celebrated electronic musicians of his generation", this show comes as part of this year's Leeds International Festival of Ideas - an event with an eclectic line-up of live shows and discussions on everything from mental health to climate activism. Fresh from a critically acclaimed calendar of festivals, solo performances and DJ appearances, Jon's show for LIFI is not one to be missed.

You might know him from his weekly comedy and performing arts podcast in conversation with fellow misfits travelling through Bisbee Arizona. Once described as "the most fearless man in comedy" his political japes and insightful reflections on the world's ills are certainly an acquired taste, but after two years of tour postponements and cancellations, he's back with a bang at the Leeds O2 Academy.

No needles? No problem. The Bowery, Headingley's popular arts venue has just the event for you, and with the cost of energy bills on the rise, you're going to want a cosy knitted blanket to curl up under this Winter. This workshop is for absolute knitting beginners and supplies all of the oversized tools you could possibly need to weave a masterpiece - apart from the arms, you have to bring your own, unfortunately.

Read next: Leeds, Liverpool and Manchester all shortlisted to host Eurovision 2023 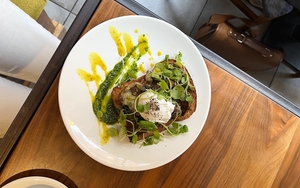 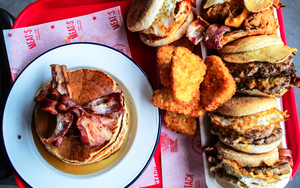