SEASONAL squash and cauli get an interesting sprinkle of magic from whisky and ale respectively, cheese gets a cheeky look-in as part of a South American feast, and meat features only once, but it’s worth it. 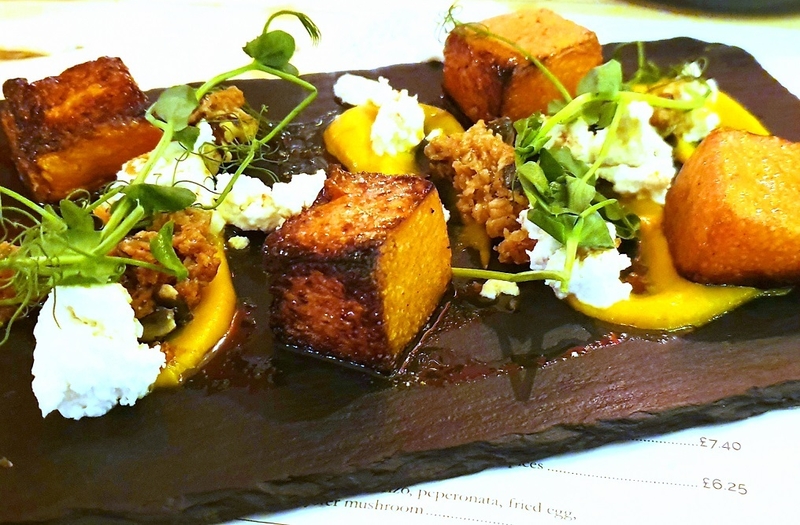 My best dish of the last few weeks would be La Casita’s turkey and stuffing croquettes: three squat cannons of festive brilliance with a roasted onion puree to dredge them through. But nobody wants to be reminded of Christmas by now, so we’ll opt instead for their calabaza asada al bourbon (bourbon-glazed roasted squash, to the uncouth), which sounds far sexier and was nearly as good. I’d probably eat more veg if it was doused in booze, and here the chunks of glazed and roasted squash – charred, sweet, earthy – are given an extra leg-up via a load of salty goats cheese being scattered in and among. Still healthy, though, I reckon. Richard Miller 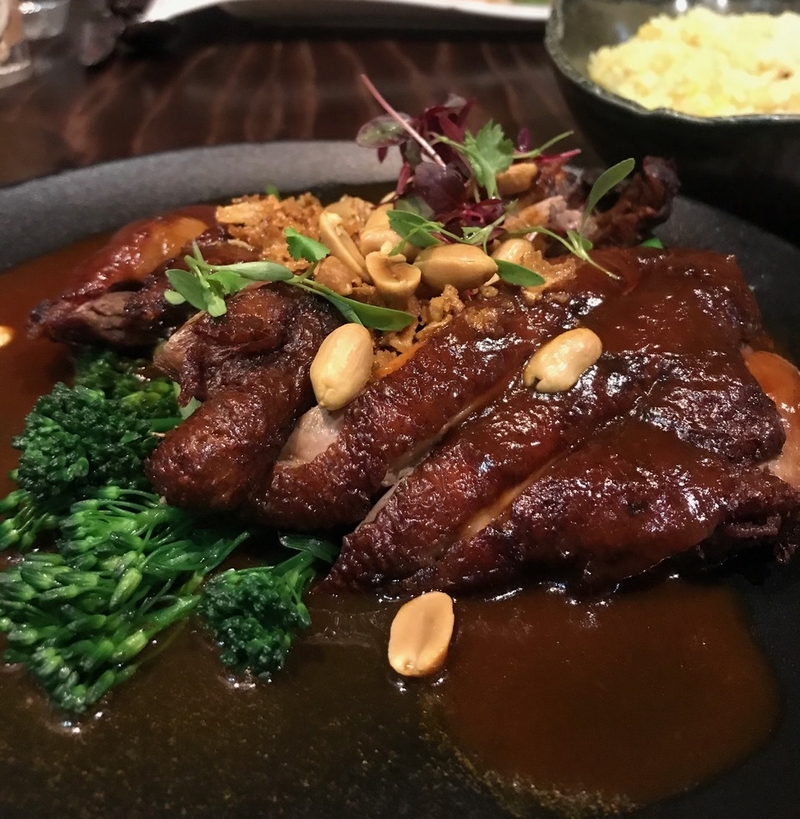 If food’s your jam, January means one thing and one thing only: cheap eats. With half-price offers in some of Leeds’ best this month, sampling as many new dishes and flavours has been a welcome challenge. I found this roast duck dish nestling in the pages of Chaophraya’s gold-encrusted menu, and it did not disappoint. Tender and sweet, juicy and flaky. Bathing in sticky tamarind sauce, cradled by a comfy bed of bright green tenderstem and bejewelled with cheeky little peanuts. Order with some egg-fried rice for instant food envy attraction. Kate Ryrie I was greedy enough to order all of the bao at breakfast today. My, my – what a feast. My personal favourite is the vegan beer-battered cauliflower. The bao buns themselves are fluffy cloud-like pockets of joy, handmade in house every morning. The cauliflower is battered in North Brewing Co’s Sputnik pale ale, creating a crunchy exterior with a soft centre. Slices of cucumber, lashings of Sriracha mayo, sesame seeds and spring onion make for a refreshing and spicy mouthful; it’s a textural wonderland. Bacon bao and mushroom and spinach bao are available from 7.30am-11am, and the more adventurous fillings from 11am-9.30pm. Anja Madvhani 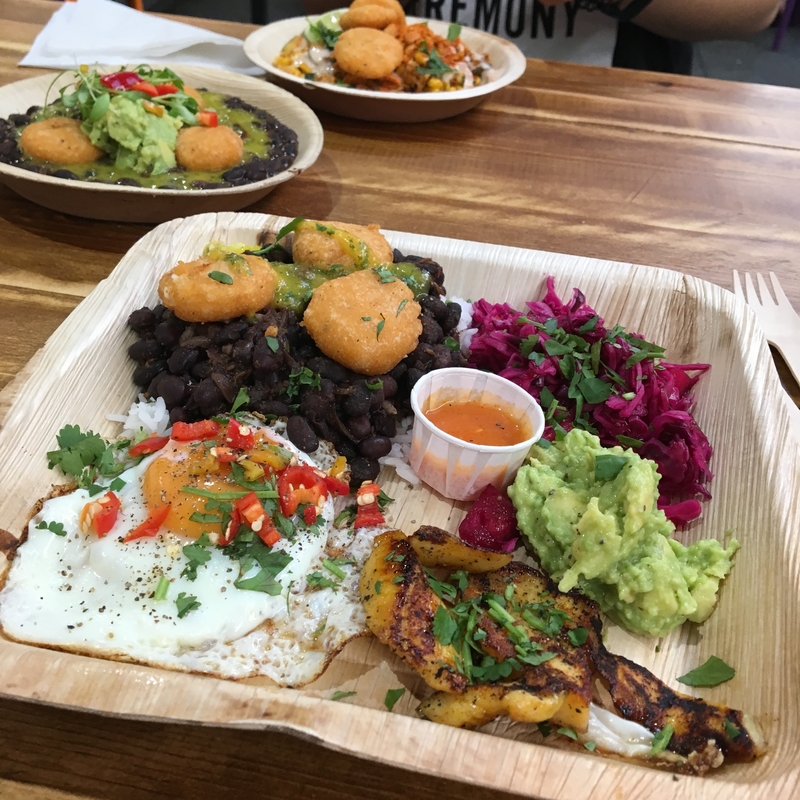 I’ve never been to Bogotá, but anywhere that eats beans and cheese for brunch is worth a visit in my book. Mirrored on a traditional Paisa Platter – which apparently is a hot contender for national dish status and is considered plentiful fuel for a day ahead in the mountains – Kanassa’s feast of fried eggs, plantain and avocado is hearty, to say the least. With eyes forever larger than my stomach, I plug for Kanassa’s Big Colombian Brunch on a random weekday, where moderate activity is counterbalanced with hours of MasterChef catch-ups. It’s like being served all of your favourite things at once on a tray: minty mango salsa, hot aji chilli sauce, arepa pillows stuffed with manchego, all scattered with fresh coriander. It’s 2pm in the drafty food hall of Kirkgate Market, and I’ve reached my peak. Sarah Cotterill 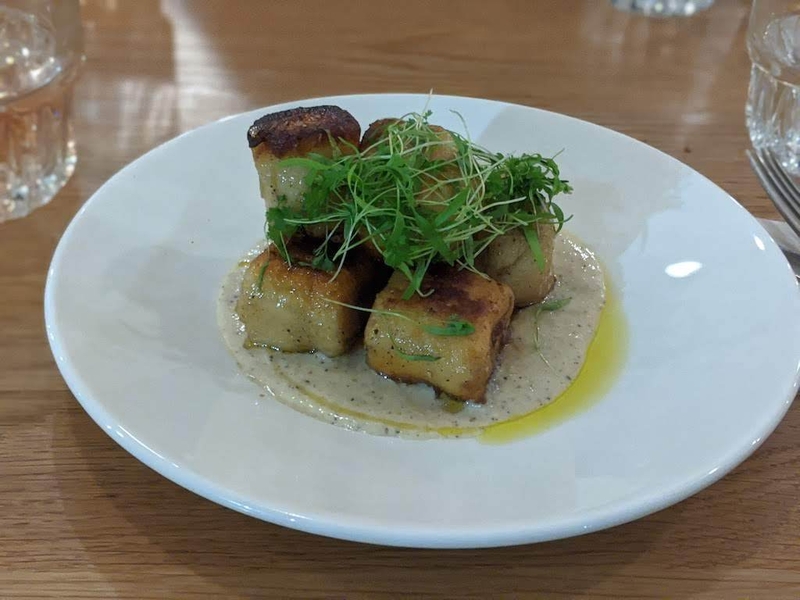 After a bank-busting start to the year (cheers HMRC), meals out were something of a scant luxury for me this month. However, you’ve got to make room for the odd date night, and January was the month where my partner and I finally made it out to Sarto. At three courses for roughly 15 quid apiece, we certainly had no complaints about this pasta joint, but ever the contrarian, my stand-out dish was actually the gnocchi. Plump pillows of potato-pasta dumpling, they were excellently crisped on the outside and stodgy in the middle, stacked upon an artichoke, nutmeg and thyme concoction that, while subtle, proved to be something quite moreish. Abandon all decorum – if you’re a carb fan like me, this is a dish you’ll want to drag a plate full of sourdough through… Jenessa Williams I’m not sure what I can say to justify this choice, really, other than that it’s ace. It is exactly what the name says: some smashed chickpeas and whatever complementary flavouring the kitchen has decided to add. Oh, and some bread for dipping. But despite eating my way through most of the menu – thali, daal, bhajis, bhel puri, cheesecake, you name it – the runaway winner for me ended up being this innocuous little pot of crushed legumes. Manjit’s Kitchen is undoubtedly worth a visit; it’s the kind of place that you’d be over the moon to have as your local. So don’t get too carried away with the larger plates – save some love for a wee tin of chickpeas. You can thank me later. Simon Richardson 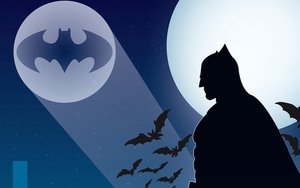 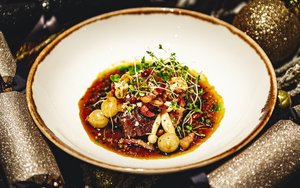 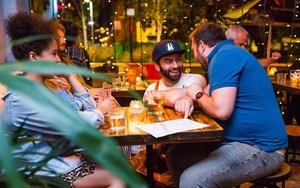