From top-end cuts of beef to the cheapest of cheeky tarts, we round up our favourite eats of the year

THEY’VE been, they’ve seen, they’ve eaten – and now our food writers have brought together some of the finest dishes they’ve tasted in 2019. There are life-saving dumplings, as well as childhood memories in the form of cake, and sharing dishes you’re not obliged to share. Heck, one of our reviewers has even volunteered to take up residence pecking up the crumbs… 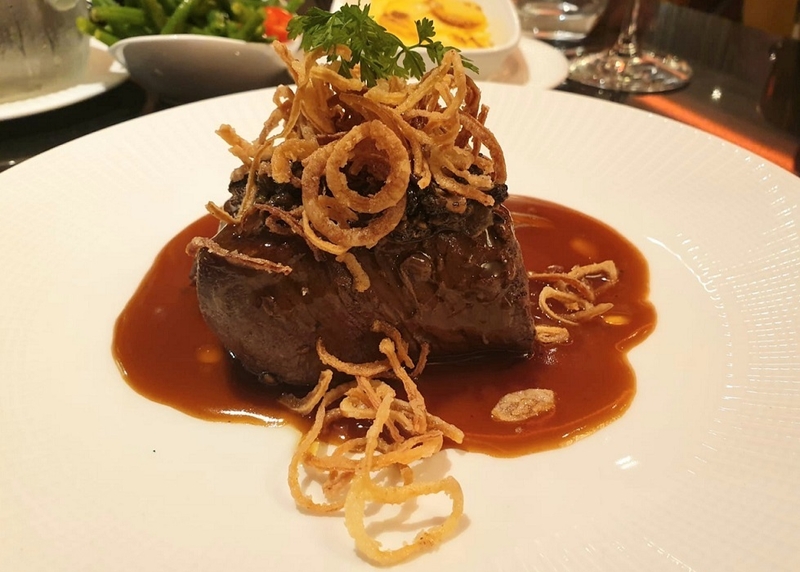 Just like Great British Menu, but minus the fake tension, my Best Dish of 2019 is a four-course job. To begin, we’ll be having Halifax’s Shibden Mill Inn duck coquettes in a peanut butter soup (£10), a dish that sounds worryingly nouvelle but is, mercifully, a sturdy piece of bold and balanced cooking from a boozer that has since muscled in on the Top 50 Gastropubs list. Our fish course will be the mackerel on toast (£10.95) from Crafthouse, where chef Murray Wilson gave the classic Sunday-night childhood supper some modern spit and polish. All of the comfort, none of the back-to-school dread. Down at glitzy Grand Cru, we’ll go for those perfectly executed beef tournedos with an accompanying sauce so heady with madeira and pungent of white truffle that I probably still hum of it today. See, fillet steak can be worth the extra coin. For dessert, we’re going to Saltaire, and we’ll be ordering double portions of Nordish’s coffee custard tart (pictured top). That laser-precision slice of crisp pastry with its rich-but-delicate filling may well have been the best three quid I spent all year. Richard Miller 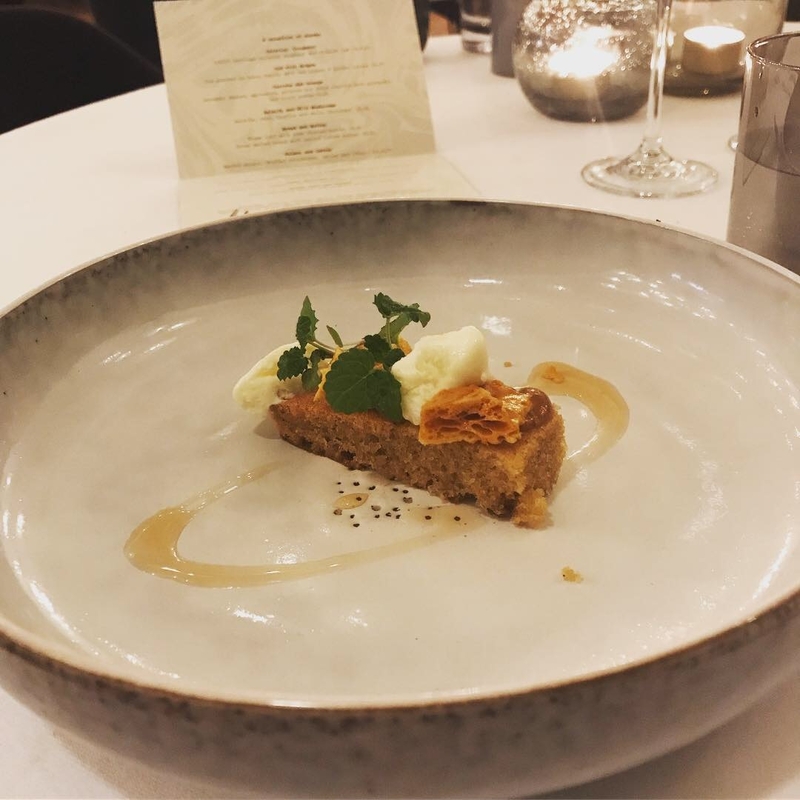 I’m firmly in support of my local beer gaff, a task made all too easy by my nearest pub being The Brunswick, which serves up a stonking selection of roast dinners every Sunday. The chicken supreme (£12) is on the bone and full of flavour, the Yorkshire pud is fluffy and massive, the veg is fresh, the potatoes buttery, and the gravy? Don’t get me started. Another favourite this year was my first puri, popped at Headingley’s newest resident, De Baga, back in August. You don’t forget the first time you taste a filled puri. Whether it’s pan, sev, masala or anything in between, there’s something wonderful about cramming that crispy case in your mouth and waiting for the full explosion of sweet, salty, yogurt, spicy flavour to hit. De Baga’s aamchi mumbai sev puri (£3.95) was pretty close to perfect, and the rest of their Goan-inspired menu has followed suit. I also had the chance to pay a visit to HOME, where I was charmed by a rosy-cheeked pastry chef and fell in love with the sweet, delicate slice of light-as-a-feather honey cake he set before me. Topped with honeycomb and yogurt parfait, and adorned with tiny sprigs of mint, it tasted like small mouthfuls of my lost youth. Kate Ryrie 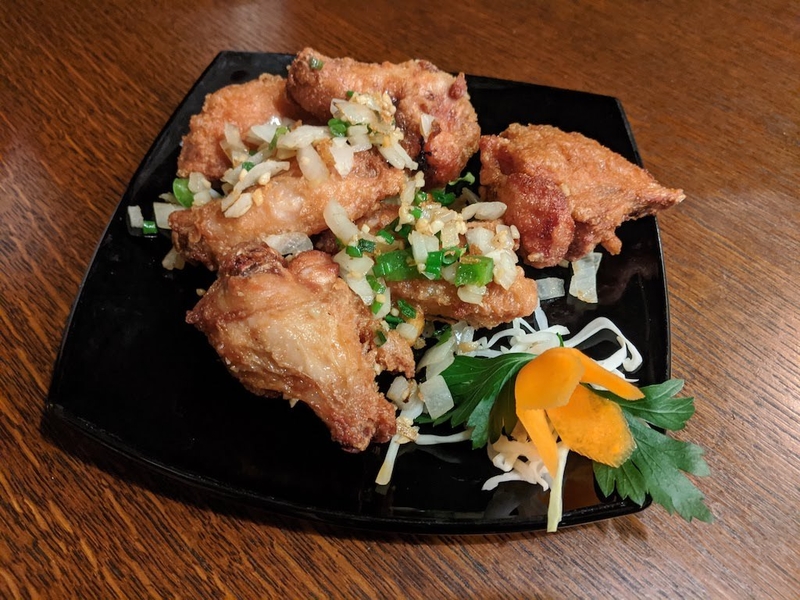 When invited to pick my favourite dish of the year, there was no question which restaurant it would come from. In my mind, Wen’s has been the best new opening for Leeds since Bundobust, and it seems many of my colleagues agree (see below – Ed). But did I choose the excellent crafted dumplings, the fiery dan dan noodles, the unlike-any-other sweet sausage rice? The competition was fierce, but what won out for me was a dish I’ve found myself ordering on every single visit – salt & pepper chicken wings. The perfect ratio of crunchy coating, moist meat and salty sharpness, this is the one dish I would rate my chances on in an all-you-can-eat competition. Do yourself a favour - make that booking. Jenessa Williams 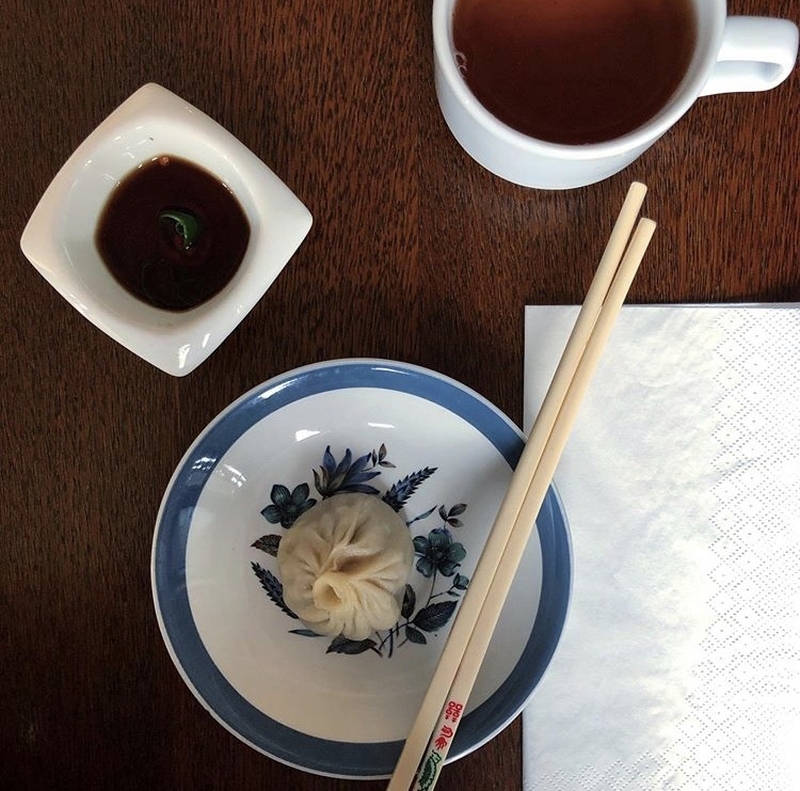 Dumplings are the answer to all of life’s dilemmas. Stressful work deadline? Dumpling. House purchase fell through? Dumpling. Plucked one brow thinner than the other? Dumpling. No food has solved more of my mini crises this year than Wen’s xiao long bao. The moment I bite into the slightly chewy dough, all the problems of the day vanish, and I’m instantly transported to a Shanghai teahouse. These are meticulously handmade by mother Wen, and each is as uniformly perfect as the last. The filling (pork or veg) is delicately seasoned, and surrounded by a little puddle of comforting broth. Bite into the top to release the steam and pour in a little of the accompanying dipping vinegar. This has been my mouthful of the year. Anja Madvhani 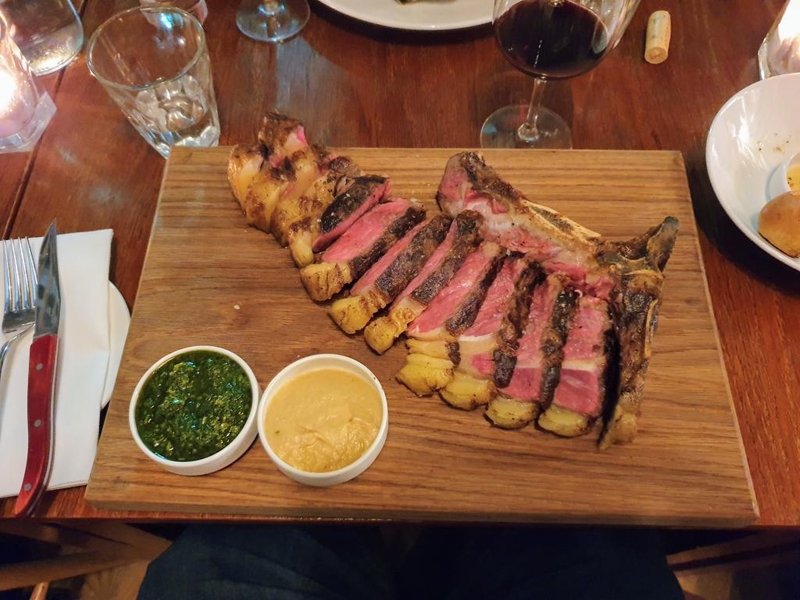 As I was looking through my 11 best dishes of 2019, I discovered that my pick for December was the same as the one from March. It’s fitting, then, that it’s also my clear winner for Dish Of The Year. Few restaurants in the country could claim to have got it so right as Ox Club. As a restaurant, it’s consistently brilliant, ridiculously well priced, and it offers a faultless dining setting and atmosphere. Pound for pound, it’s hard to see past it being the best restaurant in Leeds. The whole menu is awesome, from the grilled cabbage and cauliflower sides to the baked cheesecake and even the chicken schmaltz dip that accompanies the bread. The wine list is always on point, too. But let’s make no bones about it – or one big bone, in this case: it’s the meat that provides the real superstar quality. The care that is put in to making sure that the cuts of meat are locally sourced, aged to perfection and of the highest quality is nothing short of OCD-level meticulous, and the results achieved on the grill are as perfect as anything I’ve ever tasted. When you next go, get the wing rib, if they have it (or whatever the special is). Savour the succulent meat, let the juice dribble down your chin and bask in the glory of the most delicious, decadent chunks of fat ever. Don’t share it – you don’t need to. Go it alone, then pick up the bone and gnaw it to a second death. Just do it – you’re worth it. Simon Richardson 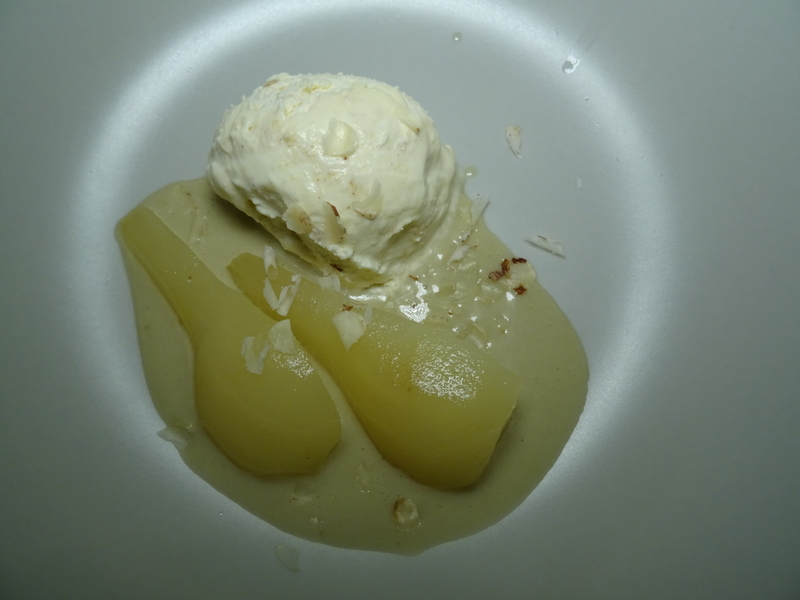 Leeds ate well in 2019. Bakers were kickstarted, fish and chips went vegan, fresh pasta was rolled out, and doughnuts filled the hole in our news-panicked lives. Kirkgate Market recycled its scraps and took on a MasterChef, our street food heroes turned their vans into restaurants, and the suburbs gave the city centre a real run for its money. I praised sandwiches, noodles, figs and arancini, yet the last dish of my final review of the year was something really special. And it came in the form of custard. Artichoke custard. Hern’s poached pears, firm and juicy translucent segments, bathing in this ambrosial nectar, took me to a kitchen countertop, drinking condensed milk from the can. Its velvet sheen on a December eve sang like the voices of angels, as brown butter ice cream melted all around. What the hell, I’ll nest there licking those ceramics clean. Sarah Cotterill

Wet February - The best beer, wine and cocktails delivered to your door in Leeds
● / News

How did the North do in this year's Michelin awards?
What you say
Previous Article Next Article
Read Next
Web Design Manchester MadeByShape