The annual Leeds International Festival has announced it will return for a second year in Spring 2018, with a calendar of events bridging music, tech, and moving image.

The inaugural LIF was held earlier this year featuring a series of bold, ambitious, and often daring events open to the public where artists, academics, and speakers showcased not only the city’s contributions to music, technology, and moving image - but using Leeds as an amphitheatre to present some of the leading work in those areas from around the world.

The first headlining events for next years festival - taking place between Sunday 28 April and Saturday 12 May - have been announced, including an event looking at the intersection of sex and artificial intelligence by one of the UK’s foremost experts on human sexuality and technology.

Following on from the Leeds United documentary Do You Want To Win? Which premiered at Leeds International Festival 17, next year’s festival will host the premiere of As Good As It Gets? Documenting the sacrifice, glory, and pursuit of legacy by members of Leeds Rhinos including Kevin Sinfield, Jamie Peacock, and Gary Hetherington.

Multi-venue metropolitan music festival Live at Leeds will continue to take centre stage at the festival as well as in the city, and one of the most popular events from this year’s festival, Fashion in Leeds, will return, bringing talks from leading fashion industry figures including Lulu Kennedy MBE, founder of Condé Nast’s LOVE magazine.

Finally, a series of workshops focusing on Brazilian NGO Thydêwá will use digital art and storytelling to explore how the group supports young people in indigenous communities by using digital tools to fight prejudice, lobby to the government, and improve their national and international visibility.

“Leeds International Festival started in 2017, driven forward by business leaders in Leeds and funded by Leeds Business Improvement District (LeedsBID). It is a new festival that reflects the DNA of our great city and an event which captures the essence of what Leeds is about, across both the business and cultural sectors.” says Andrew Cooper, Chief Executive of LeedsBID.

“Leeds has a proud history of cultural organisations and businesses collaborating and Leeds International Festival creates a shop window in which we can place our best products for others to enjoy and experience. We are delighted to be using this festival to shout more loudly about the transformation that is taking place in Leeds”.

The full programme of events will be announced in January 2018, for more information and tickets for the events announced today, head to leedsinternationalfestival.com

Manchester to Leeds in 33 minutes, but what about the other rail improvements?
● / Things to Do 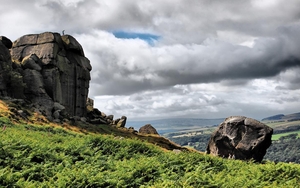