Whether you’ve enjoyed a delicious brunch at Sheaf Street or purchased indie designs at the Northern Craft Fair, chances are you might be familiar with the work of Laura Wellington. As a passionate ambassador of independent business in Leeds, the space she has created within co-working operative Duke Studios has given numerous small companies their wings, alongside her own practice as a jewellery designer and interior design consultant.

Can you briefly outline your creative projects?

I have a few different hats. I’m the co-founder and director of Duke Studios, a creative co-working space that we started in 2011. We have 75 resident businesses, meeting rooms, a large outdoor space and an event space for hire. As part of the building, we also have Sheaf Street; a cafe and bar, open to the public, which I think has one of the most eclectic and diverse programme of events in the city. There's a digital factory in the pipeline at Duke too (also open to the public), which will have CNC operation, rapid prototyping and future tech.

I also run a commercial interior design practice under Laura Wellington designs, a jewellery business under Revel Jewellery and we’ve recently bought our first house in Chapeltown, which we’re tracking the progress of on Instagram.

That’s a lot of projects - how on earth do you fit these all in?

I’m what we used to call a ‘portfolio worker’ but what Emma Gannon would now call ‘The Multi Hyphen’ - basically I do everything but not all the time. Duke Studios and Sheaf St is my day-to-day, but we have an amazing team that supports us there. Then with Revel Jewellery, I create a range every few months and put them on sale on Instagram. I don't have a permanent selling platform and I only take on two commercial interior projects a year. Then the house renovation is something we do on evenings and weekends.

I have a very busy brain and I have a large spectrum of interests/knowledge, I just think its good to keep my brain active in loads of different places. Some people think it's confusing but I think it's ace - basically I’m a creative thinker, maker and do’er across many platforms.

How did you get the idea for Duke Studios - what was the process of getting it off the ground like?

In 2010 my partner James and I were both running our creative own businesses on evening and weekends. James was working for the police in the day and I was running a creative workshop for screen print and woodwork called Factory4. Duke Studios was part born out the need of us wanting to have a city centre Studio to run our own businesses but also seeing lots of our peers and friends moving away to other cities to ‘make it’ in their creative professions. At the time there was a lot of people complaining that nothing was happening in Leeds so we decided to just crack on and make something happen.

Getting it off the ground in terms of finance was really difficult - 2011 was around the time of the financial crash and co-working wasn't cool then. The banks did not understand the concept or the sector: they said we were too young, the business was too speculative and us being boyfriend and girlfriend was also a risky factor. Basically all the doors were shut for us so we had to go about everything in pretty non-conventional methods, which made it a long and difficult slog. But having a big vision and a waiting list from the beginning gave us the confidence that it’s what Leeds needed.

What does an average day of work look like?

No day for me is ever the same. As part of my work in Duke Studios I spend quite a lot of my talking on behalf of the independent/creative/digital and tech sectors in Leeds. I'm very passionate about Leeds becoming a European destination city but I’m also aware we need to ensure that the people who’ve been here doing things for the last twenty years are able to be a part of its development.

When I have interior projects on, I design those spaces but I then spend a lot of time liaising with contractors and making things run smoothly. So really I don't actually spend as much time being creative as I would like - it tends to be more of the big thinking stuff. Hence the reason for me making jewellery and being my own client on the house renovation project - my hands being busy makes my head happy!

What (if anything) did you study, and how has it influenced your working practice today?

I studied 3D design at Leeds Beckett and my dissertation was the proposal of a hypothetical space like Duke Studios - a building that housed many different types of creative practices with shops, workshops and a large publicly accessible space - so that 100% influenced how I work today.

Who inspires you career-wise?

This is actually a pretty tough question because we work across so many sectors so I’m interested in many different things. I've recently read Mary Portas’ Work Like a Woman, which I absolutely loved and recommend everyone read: it's hugely in keeping with my thoughts and aspirations for the future. I’m a huge fan of On Office magazine - an architecture and design at work publication- and I have so many different inspirations across creativity that it would take me an age to list them all. I’m continuously inspired my friends, who are all running their own businesses through the good times and the bad.

What are your favourite and least favourite parts of your job?

My favourite parts of my job is when I get to see my ideas come to life after them living in my brain - when a mental image becomes a reality has to be the best thing in the world. The worst thing is money… I wish we had loads more money in the company to be able to do more fun stuff in the City like #LeedsIndie or The Big Disco (main image), projects that make citywide impact. I love doing projects that are big on scale and have creativity and humans at the heart.

What do you do to switch off?

I don’t really ever switch off: it’s more about work-life integration than work-life balance for us, but I do have a crazy dog called Mr Scruff who makes us take a break - he has to be walked and he has a pretty big personality.

When ‘off duty,’ I love Ira B’s in Roundhay for food. I mostly hang out at Sheaf St but I love Wharf Chambers and I’m a huge fan of Potternewton Park, which is luckily on our doorstop.

What you say
Read Next
● / Best Of LDS 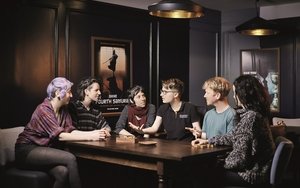 Six ways to have alcohol-free fun this January

Do the rest of Dryanuary without doing your head in 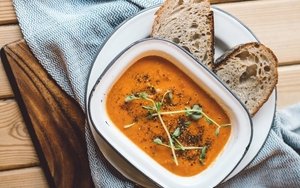 Jenessa Williams gets the scoop on the tastiest soups to slurp your way through this... 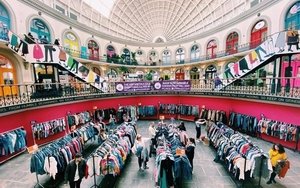 Comedy to yoga, musical bingo to vintage shopping, these won’t break the budget…