Eating Pizza and Changing The World: An Interview with Girl Gang Leeds

We talk to Kaz, the founder of Girl Gang Leeds, about Mean Girls, celebrating creative women, and glitter.

“I first got involved when I lived in Sheffield. I was in a place where I was seeking female friendship, but didn’t know how to find it” Kaz tells me. I’ve invited her out for pizza and to tell me about Girl Gang, an organisation that started in Sheffield, spreading to Manchester and now Leeds.

Working in the boy-heavy world of independent coffee at the time presented limited interaction with other women beyond “Latte please - do you have almond milk?”

“I was really good friends with the boys I worked with, but I realised I didn’t have many female friends. Then a manifesto popped up on my Facebook feed talking about the importance of female friendship, supporting each other, and being creative. It was just what I was missing at the time, so I found out who was behind it and got in touch, explaining my situation. They basically welcomed me with open arms.”

The manifesto was from Girl Gang Sheffield, a ten-point statement of intent to nurture, inspire, and support women of all ages through creative and social events. 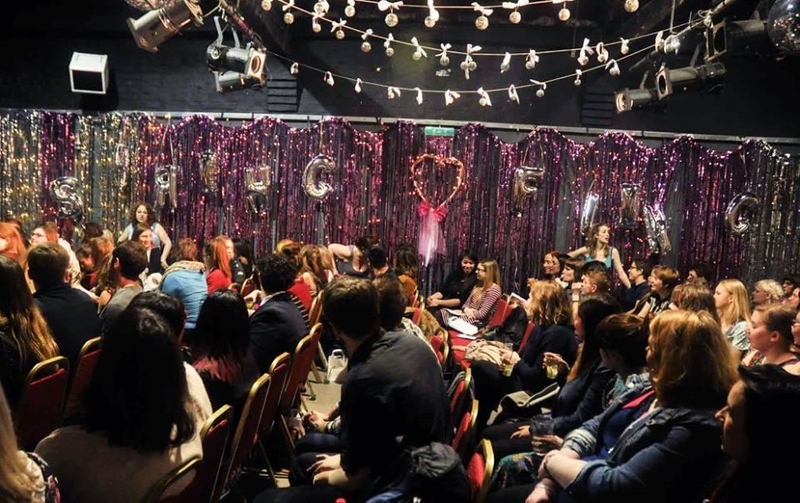 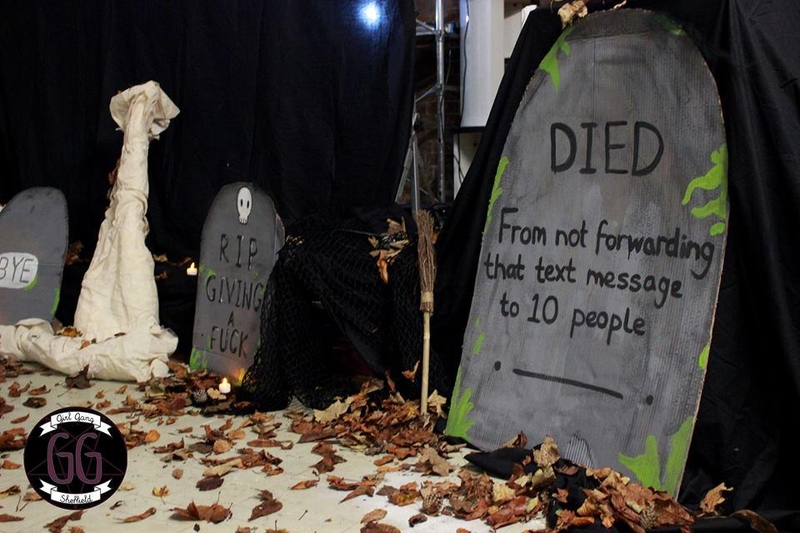 “At the time they were planning their first event - a screening of Mean Girls that had a lot of activities thrown in. Megan from Girl Gang Manchester has a background in theatre, so she brought a lot of theatre to it, performance pop-ups based on scenes from the film, and creating a really over-the-top high school prom setting to make the venue as immersive as possible”

This combination of main event, interaction and immersion is a result of point #4 on the manifesto: skill sharing. “Vanhessa runs a clothing company and DJs around Sheffield, so she has good relationships with venues, Charly makes clothes and runs creative workshops for people who suffer with anxiety and depression, Ellie runs her own cinema company and is able to bring immersive elements to events”

At its heart though, Girl Gang is a gang. The organisers can curate a space and an aesthetic, but the creativity relies on the gang members - local artists, musicians, makers and doers, to bring it alive.

“One of my favourite events, a screening of [Kathleen Hanna documentary] The Punk Singer was really ambitious, it started with a craft fair and workshops - stuff like body positivity, screen printing, clothes alterations, all with a riot girl theme - then we showed the film with an introduction on the importance of the riot girl movement, then it went into a gig where three local female-fronted young punk bands played, and then a party afterwards”

As well as working with individual Leeds creatives, Girl Gang is keen to collaborate and share skills with other organisations. “It’s nice that groups can recognise each others’ strengths. We’re not coming into Leeds with the intention of, say, putting a load of gigs on because that’s not where our expertise lies, but we recognise that people like Girls That Gig exist, and they’re great at doing it - if we’ve got an idea and it involved music or gigs we can look at working with them”

The popularity of Sheffield and Manchester’s events have given Girl Gang Leeds a bit of good faith to operate on. “We’re lucky to be riding a wave of success that came before us” Kaz tells me “but we need to make our mark, work for our reputation, and prove ourselves”

“We’ve got a launch party on February 17th which is more of a symbolic thing - to mark the arrival of what we’re doing and create some excitement and have some fun. Emily [Fellow Girl Gang organiser]’s friend Emily is DJing, Vanhessa is coming over from Sheffield to DJ, and we’ll just celebrate the fact we’ve arrived, get some friendly people all in the same room, and put a lot of glitter over peoples’ faces.

“On March 5th there’s an Arts & Crafts fair at The Social in celebration of International Women’s Day with all-girl artists and stallholders, and towards the end of March we’re holding our first art exhibition, which we’ll be hosting quarterly

“We’ve said it would be amazing to be involved with Pride. A lot of our branding can look binary and straight-white-girl centric, I’m conscious that me and the team are, but it’s important to us that we’re intersectional, and representative of all genders, ethnicities, and sexualities. Being able to do Pride would be a good way of showing that we’re about celebrating lots of different people. If Nando’s can be in the parade, why shouldn’t we?”

Representation will come as the gang grows.Currently Kaz, Emily, Tiffany, an artist, and Ash from the zine Ladyfuzz are the team behind organising events, but there’s been considerable outside interest already. The first public Girl Gang Leeds meeting attracted fifty or sixty women all interested in contributing to or benefiting from a network of creativity, support, and safety.

“A lot of what we do is creating a safe and comfortable space that everybody can be happy in - which can become a challenge - we as a team don’t physically have the capacity to control hundreds of people [at, say, a club night]. I struggle with that, because I’d like to guarantee that everything we do is safe and welcoming, but sometimes we can’t do that”

What we can do is be supportive, listen, adopt a zero-tolerance policy on harassment, and chuck people out. We work with venues who’ll cooperate with us and brief staff on how to deal with shitty behaviour”

As well as three separate factions in separate cities - each with a unique identity and personality, but with a shared manifesto of core values - Girl Gang has a unified presence online, in the form of a website and blog.

“It’s a shared platform for anyone from anywhere to write about issues we think are relevant. We’ve had people write about their experience of sexual assault, mental health; real sensitive subjects, and it’s important that we can give them a platform where people can put things out there, express how they feel, and not have to put their name to it. Giving people a voice without being associated with their personal channels.”

And if you can give people a voice and support them while getting henna tattoos and dancing to Le Tigre and SZA, then all the better.

“There’s value in having fun with stuff, and creating events where people can feel safe and included and have a nice time and we’re inclusive to any gender.

It’s one of the questions we always get asked: are boys allowed? It’s is fair enough - we’re called Girl Gang, and the branding is very feminine - but we’re trying to increase representation of women by using female artists, playing female fronted music; it’s a celebration of women and their work. Of course men can come and celebrate and enjoy women’s work, it’s sad to imply they can’t!. It’s not about having a room full of women, it’s about having a room full of people celebrating women, and I think all people can do that”