There’s nothing like a local success story, especially one that’s deliciously beer-related. Magic Rock’s growth since its microbrewery beginnings in 2011 has been nothing short of remarkable. And with the brewery’s future secured with their recent sale to the Lion Group, the sky’s the limit for one of Huddersfield’s favourite sons.

Magic Rock’s ongoing expansion has also taken them to Holmfirth, a Kirklees town more famous for Last of the Summer Wine than cutting-edge craft beer. It’s a well-trodden area for the local owners though, and the opportunity to give back to the local community that has supported them, was not one that they were willing to overlook. So, winter gear intact, this week I made the pilgrimage to the industry opening on 5th December (one night before the main opening) to see what the fuss was all about.

If you can find the secret door, you’ll venture upstairs to discover a cocktail bar and events space with room for another 60+ people

Before I even walk into the new Magic Rock Tap, the stunning building draws the eye. The beautiful windows and high, wooden door are listed and intact from the original function as the London, City & Midland Bank. The inside is a marriage between Magic Rock’s own signature style and the building’s original features, with exposed brickwork and hipster décor living side by side. On one wall, there’s a framed picture of all their core beer labels. The space is massive too, accommodating a generously sized bar with eight keg lines and a further four on cask.

The tour then takes us downstairs, where the prep kitchen is. Magic Rock will have a daily menu (including coffee from Darkwoods) as well as rotating street food guests operating out of the hatch down here, with a portable buzzer system for hungry drinkers upstairs. But it’s opposite the hatch that I’m most interested in. I spot that they have kept the bank vault door in all its spectacular glory, and the inside now houses the beer cellar. It’s yet another example of the attention to detail that will no doubt make this bar a roaring success (and pretty damn Instagrammable).

We’re not done though. If you can find the secret door, you’ll venture upstairs to discover a cocktail bar and events space with room for another 60+ people. There’s a slightly later license up here, and an impressively stocked back bar. No premixed cocktails on tap here. Surely it’s only a matter of time before the venue sees a bit of live music.

All in all, there’s plenty to warrant a visit to picturesque Holmfirth. And if you need more reason than a single pub, check out the Picturedrome for gig listings, plan a visit to the excellent Food and Drink Festival or plan a bit of a pub crawl, taking in the excellent Nook Brewhouse a few hundred yards away. Granted, transport is slightly more spun out (the best route is to take a train to Huddersfield, then the 310 bus) than your regular Leeds city centre jaunt, but a brief conversation with owner Richard Burhouse reveals that should demand warrant it, there might be capacity for a shuttle bus from Magic Rock’s Huddersfield brewery in the future. And the bar itself is spectacular, which justifies a change of scene for an evening in my eyes. 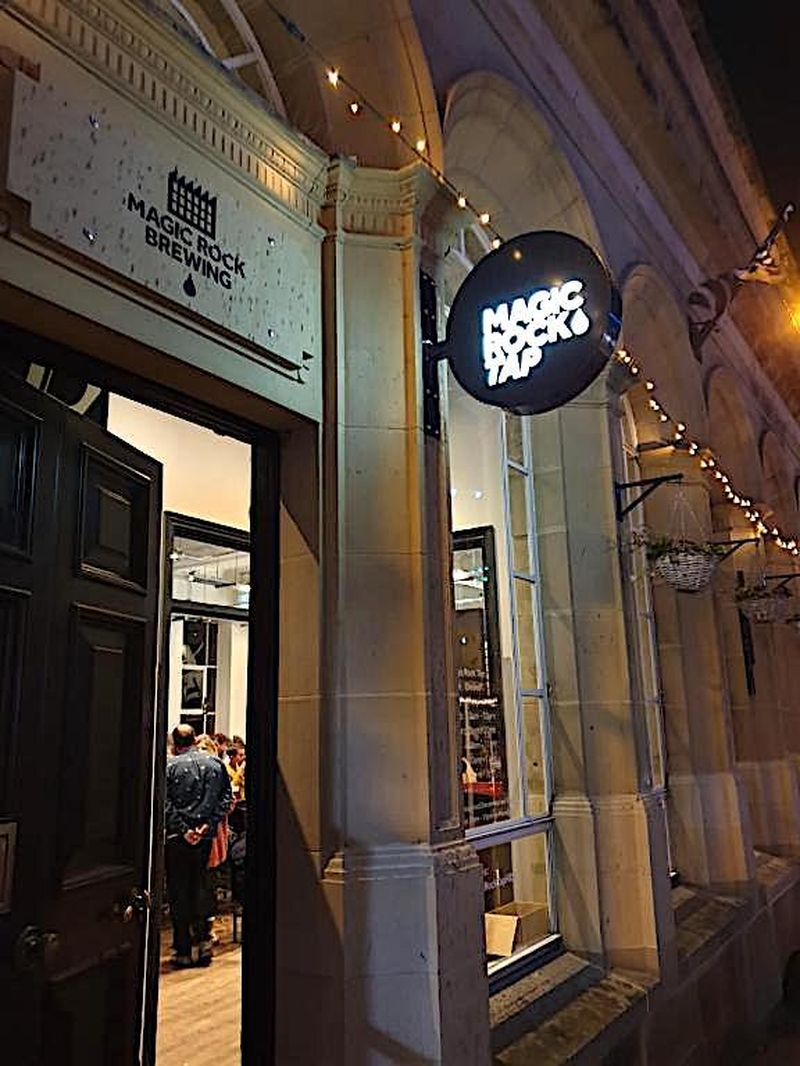