I’VE decided that 2020 will be the year in which I lower my expectations. It’s the only way to prevent a meal as troubled as tonight’s from putting me in the kind of gittish grump that it so frequently does.

Steak skewers, arid and toothsome, have had so much life sucked out of them that I have to double-check what it is that I’m eating

With a website that blathers on cringingly about this being “the most happening bar, lounge and restaurant in the village” and pesters you to become a “D.T.T. V.I.P.” (which I’m sure there’s a cream for), I should perhaps have seen it coming. However, I’m nothing if not reasonable - and hungry - and would be happy to turn a blind eye to such guffery if the scran’s even half-decent. But like the faux-leather seats and the background schmooze of Wet Wet Wet, it’s all a bit glum. 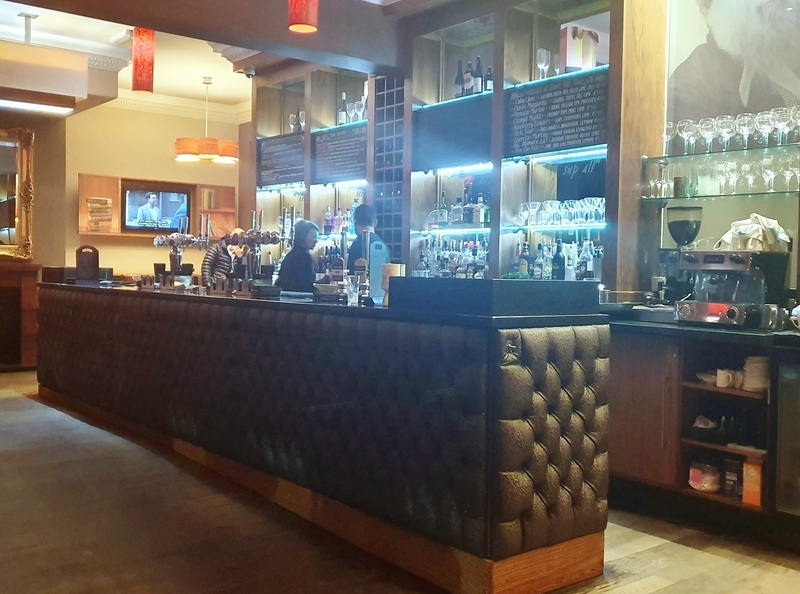 Deciding what to order is hard graft, and not in a ‘can’t decide, it all sounds amazing’ good way. One grubby laminated menu lists tapas, while a chalkboard plonked on the table lists, er, more tapas, and it’s disparate stuff. There is calamari, there are pakoras, there’s chips and dhal. There is also risotto, kebabs and steak. There is too much. Haven’t they seen Ramsay’s Kitchen Nightmares?

Brie wrapped in Serrano ham is weirdly tepid, as if the kitchen started to cook it but then decided it was too much faff (£6.45). Necking a wodge of slightly warm cheese is a strange experience, and one I hope not to repeat any time soon. Paella, as if the classic rice dish can be knocked out in 10 minutes, is a mass of claggy stodge that even chunks of chorizo - lobbed in without browning and as such lacking any appetising crozzle - cannot save (£5.75). And adding chorizo can usually save anything. Strips of cod come encased in a good batter, scratchy and crisp, but the fish hasn’t been seasoned, so the prevailing taste is that of oil until a dredge through the lemony tartare sharpens it up (£5.05).

The Meat Sizzler lacks sizzle, either audible or visual, and is a limp ensemble of beige things on a white plate, yours for £14.95. The anti-climax hurts. Cajun chicken (hi there, 1995) arrives as three bland lumps of protein nothingness. Lamb kebabs, laced with enough red chilli to give a proper tongue-numbing kick, might have potential if they were served hot and not buffet-cool. Steak skewers, arid and toothsome, have had so much life sucked out of them that I have to double-check what it is that I’m eating. For good humans such as ourselves who are reducing their meat intake, this is not the ideal way in which to reacquaint ourselves with animal flesh.

Desserts, then, can only shine, even if they do come on outmoded square plates. Churros (£3.05) err towards the crunchy, perhaps having been reheated, but do the job when dunked in their milky chocolate sauce. And with some refinement, parcels of Nutella-stuffed gnocci [sic] could be a crowd-pleasing dish, but as it is, only every other mouthful explodes with the sweet goo within (£5.25).

I’d hoped that, in its prime spot on the road leading down to Salt’s Mill, Don’t Tell Titus might be the kind of neighbourhood bistro you’d expect to find in modish Saltaire. It turns out I’d hoped for too much. 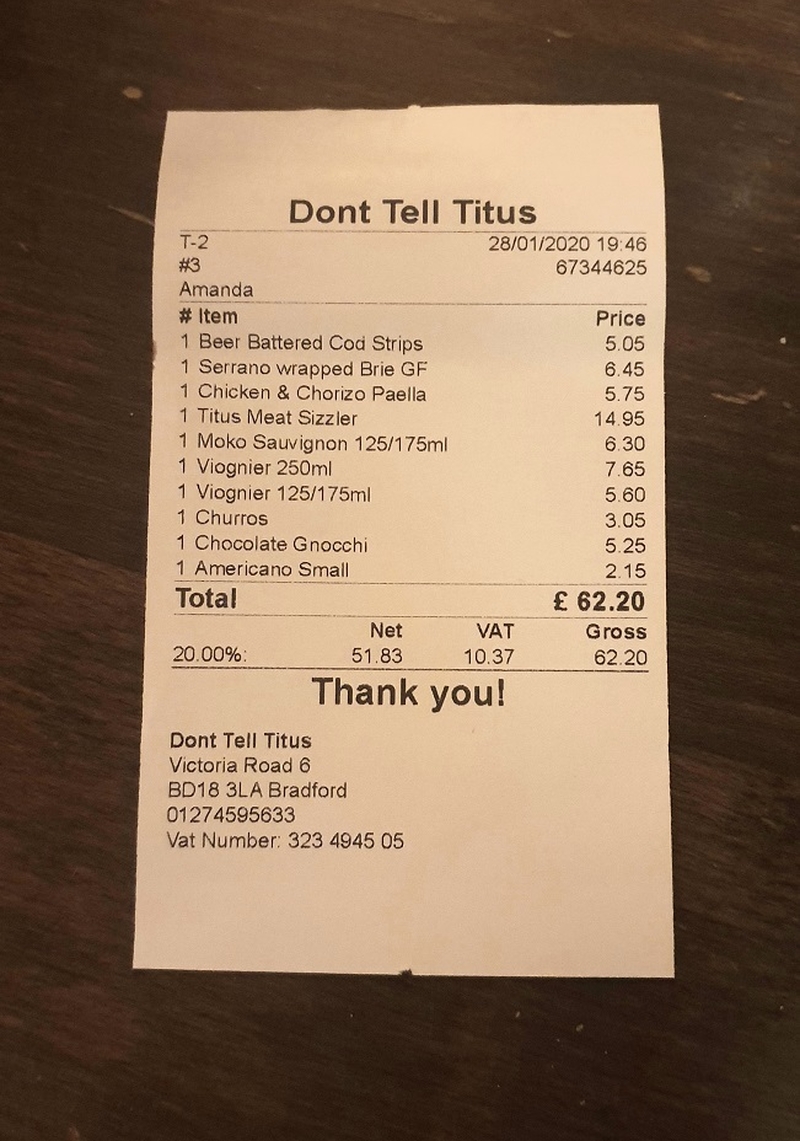