We’re now well into the 845th week of the worst month of the year, nobody’s been paid, and all I seem to do is shuffle around the house in my tracksuit bottoms, intermittently pausing to shout at the clouds. Can someone create a vaccine for all future Januarys, please?

Fortunately, there’s plenty to get excited about in the world of food and drink, despite the government’s attempts to completely destroy the entire industry – perhaps because none of the Cabinet are human enough to require food or water.

In this week’s round-up, it’s Michelin stars, burgers, and a whole lotta love. So, strap yourself in and please remain indoors. 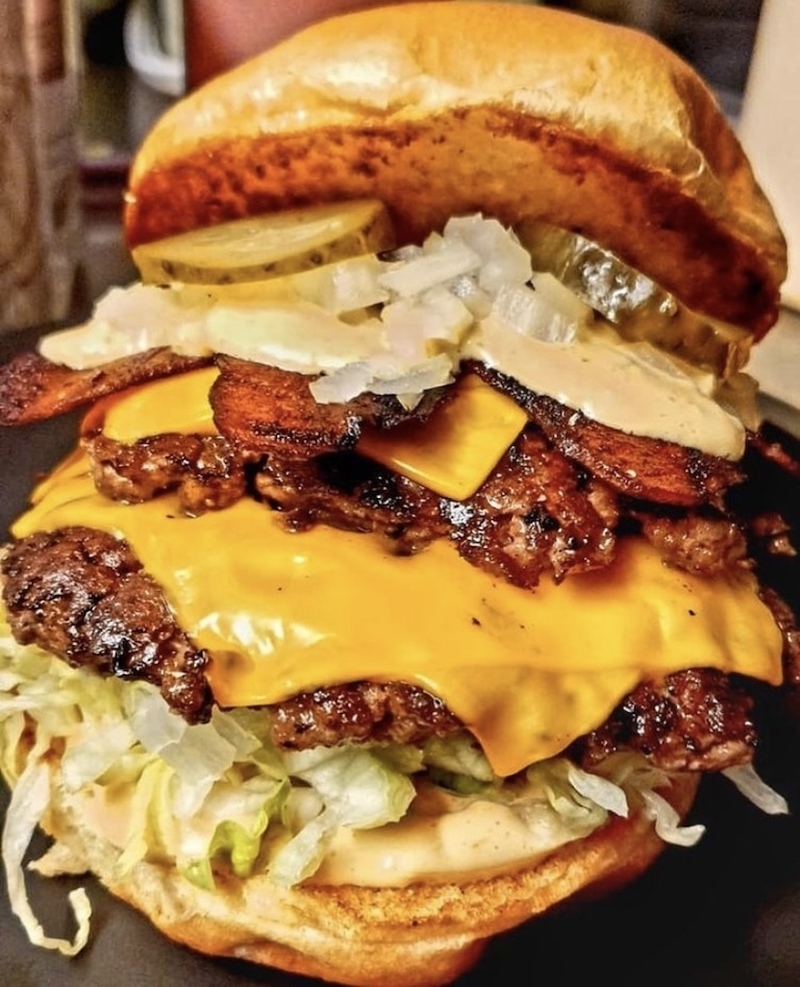 For four years, Abdalla and Ahmed Ramzy of Falafel Guys have been taking the Leeds street food scene by storm. Challenges anew beckon and February will see them launch their new venture, Big Buns, from Distrikt Bar. It’s all about smash burgers, loaded fries, plenty of vegan and vegetarian options… oh, and their falafel will be making a burger-shaped appearance too. For obvious reasons, they’ll only be offering their new creations through UberEats and Deliveroo to start with, but it’s definitely something to add to your list of places to go as soon as everything opens again and we all inevitably spend several weeks slurring into buckets of beer, licking strangers, and giving Covid a massive kick in the nuts (or whatever other genitalia it has). 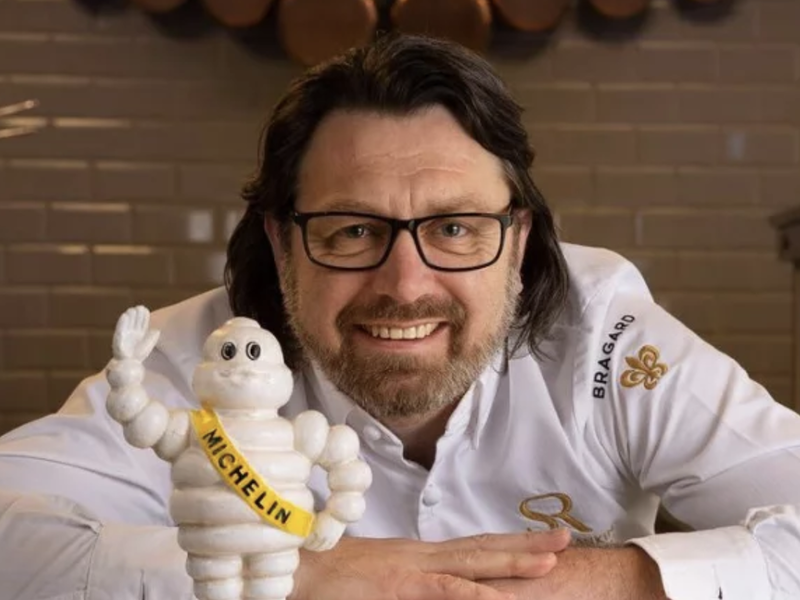 A little over six months ago, Nidderdale was sadly losing the Michelin-starred Yorke Arms - yet another victim of Covid’s enormous damage. But despite endless lockdowns, the North continues its assault on the Michelin awards one delicious tyre at a time. There can’t be many more picturesque locations to get your feed on than Grantley Hall, where Shaun Rankin has been in residence since 2019 with his eponymous restaurant. Set on the edge of Nidderdale, a stone’s throw from Fountains Abbey, the food journey is every bit as rural Yorkshire as the surroundings. The signature tasting menu, A Taste of Home, is a love letter to the chef’s memories growing up in God’s Own County, with locally sourced ingredients and twists on classic dishes.  Go for the food, stay for the scenery, shun society, dig a hole and live in the forest forever.

Visit Grantley Hall’s website for a perverted stare into the future and happier, delicious-er times. 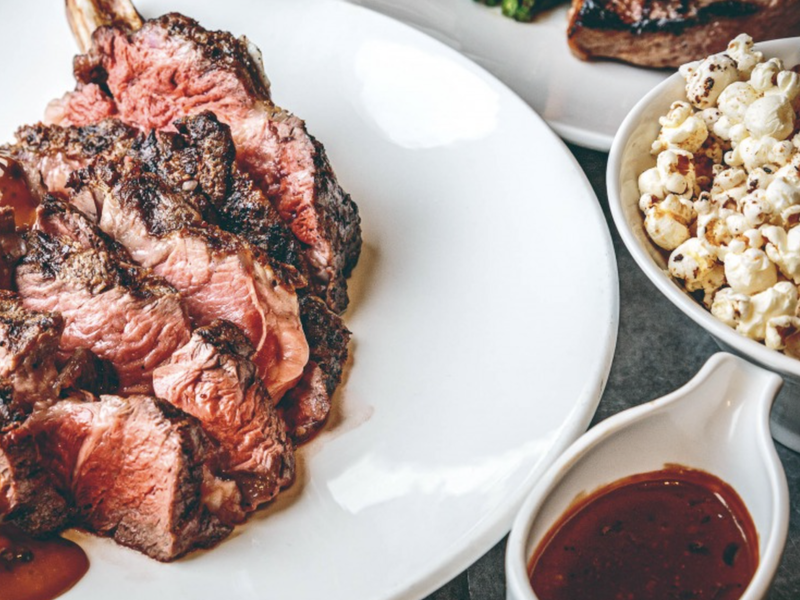 Love in the Time of Corona

You’d be forgiven for thinking that the only thing in the air at the moment is a killer virus, but let’s not forget that in February, it’s also full of love - which is really more of a disease. To celebrate another year of the tolerance-through-gritted-teeth you allow your other half following your 9th weekly argument about which way round the toilet roll goes on the holder, why not treat yourself to a helping of fine fodder so large that you’re far too uncomfortably full to do the no-pants dance?

If you watched the most recent series of Masterchef: The Professionals, you’ll know that Vice and Virtue’s Jono Hawthorne is an obsessive winker, but he’s also a brilliant chef. For their February 14th dine-at-home experience, £60 a head gets you a tasting menu that includes Oysters Rockefeller, cheese and truffle fondu, and a frankly ridiculous surf & turf with lobster thermidor. Add an extra £45 on top and you’ll get some premium booze with it, including a Barolo that will knock your socks off, steal your wallet, and make love to your other half. Plus, y’know, you can say that you’ve eaten food that’s been touched by a genuine TV chef (Covid compliantly). Call Vice and Virtue on 07874 629 838 to reserve your collection slot. 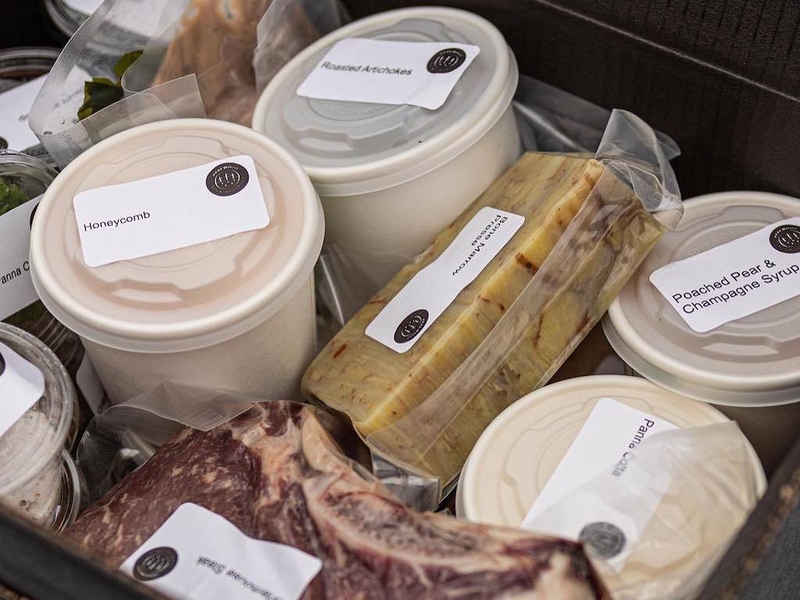 Over at Harewood House, the Food & Drink Project is going from strength to strength, and head chef Josh Whitehead has put together a box that showcases a mixture of British and Harewood’s own produce, its centrepiece being Roast Cannon & Pulled Shoulder of Hebridean Lamb. You also get a venison shin crumpet, a seaweed tart with smoked mackerel and oyster rillette, and a baked Orkney scallop with lobster and seaweed butter. Whoever said that shellfish is an aphrodisiac didn’t follow it up with half a kilo of red meat, trust me. As ever, these have been selling very well, and there are only a couple of collection slots available. Visit Harewood’s Tock site to book yours for £55 a head.

If you live a bit further afield or are self-isolating, Blackhouse are offering nationwide delivery on the second of their At-Home series with a three-course menu that comes in at an impressive £75 for 2 (plus cocktails for an extra £16 or wine for £30). Blackhouse’s menu is a little different, with porcini mushroom and truffle flavoured popcorn to start, and a sticky toffee pudding for dessert, and a customisable steak main. Choose from four different cuts so you can really meat your partner’s expectations. I’ll get my coat. Visit the Blackhouse website to place your order.

Read next: How did the North do in this year's Michelin awards?

Read again: HOME-X from Six By Nico has launched its January range