More of the most picturesque pub walks in The Lakes - plus GPX files, distances and times

Back for more are you, you thirsty blighters?

For me, the Lakes is an addiction – a bit like the beers at the end, really. It doesn’t really matter where you go or in what weather, it’s always glorious.

I’ve included a couple of easy, lower-level walks in this one (it doesn’t always have to be a physical undertaking), as well as three stone cold classics that you simply have to try once.

Like before, I’ve also given you an alternative walk for each pub and a few beer recommendations for the really important bit at the end.

Read on for five more of my favourite pub walks in the Lake District. 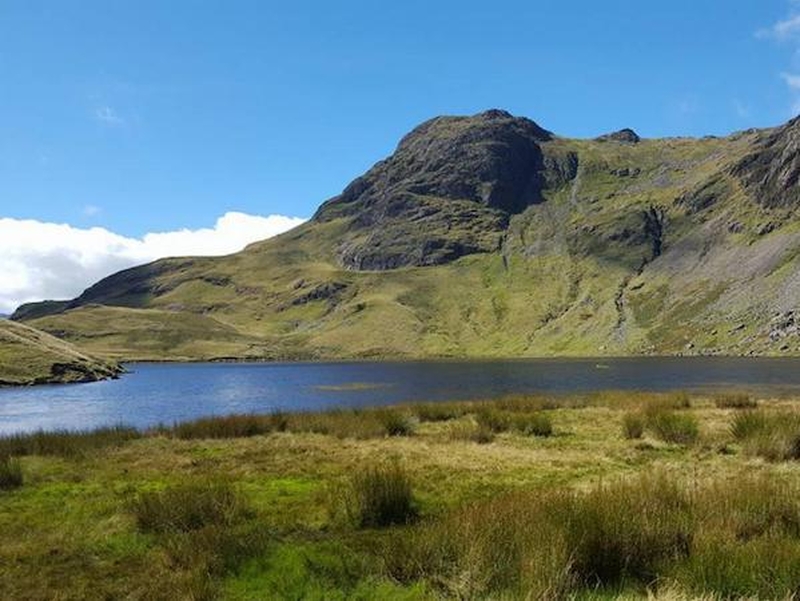 Old Dungeon Ghyll is an ex-farmhouse and starting point for so many outdoor activities in the Langdale region, as well as a huge number of walks. Oh, you can also buy ice cream, which is useful if you happen to be there during one of the year’s four days of sunshine.

Start by following Great Langdale Beck before following Stickle Ghyll up to Stickle Tarn (I prefer to ascend with the ghyll on my left). Follow the path east around the tarn before moving away from it and veering west up the gully. You can follow the tarn more closely up Jack’s Rake, but the scramble is challenging, can be very dangerous if it’s windy, and has recently suffered some degradation. If you aren’t experienced, avoid it.

The view from the top extends back down the valley to Little Langdale and beyond, providing miles of rolling fields and peaks in the distance. As you look up from the tarn, Harrison Stickle is the dome-shaped summit at the far left of the tops and the final ascent is a fun but pretty safe scramble to round off your circuit before you descend sharply back to the other side of the tarn and follow the ghyll back to the safety of the pub. 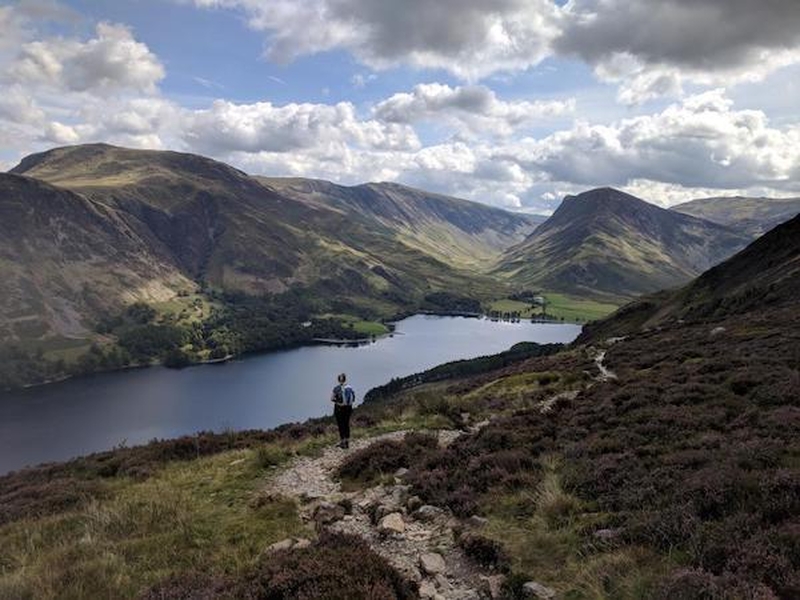 This walk starts from beautiful Buttermere itself and the Fish Inn – the historic home of the Maid of Buttermere (recently sold - for the first time in 50 years - to Mike and Abi Martin, who also run the Allerdale Court Hotel in Cockermouth). From there, a short walk to the shore ticks off those photos early doors before a winding stone path up through the forest to Bleaberry Tarn just below the summit of Red Pike. From here, the Buttermere ridge walk across to Haystacks is gentle but absolutely breathtaking every step of the way, with far-reaching views in every direction.

The final ascent to Hay Stacks is a short, fun scramble with no real challenge but a great pay-off with plenty of crags and ponds to sit around and enjoy your lunch before you descend to the other side of Buttermere and walk back to the pub along the eastern shoreline of the lake. 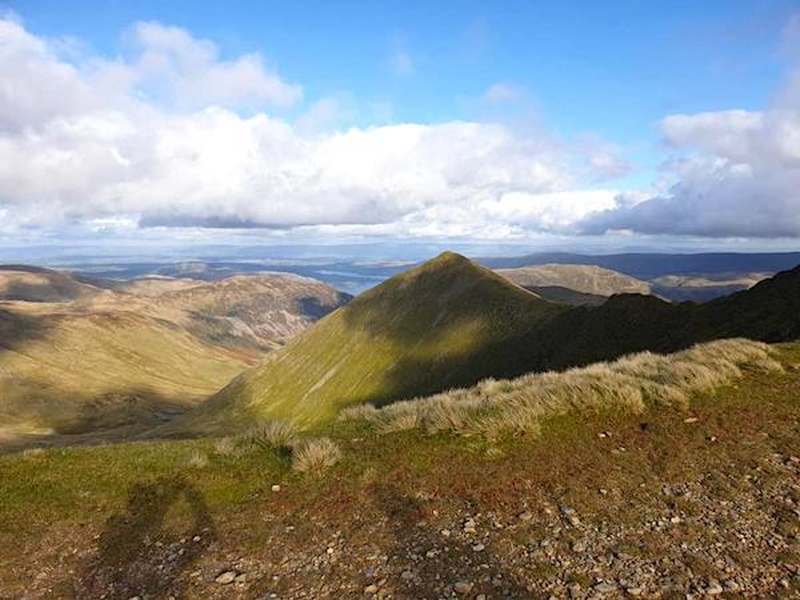 Quite simply the finest walk in the country. Go on, fight me. Travellers Rest in Glenridding will have you know that it’s the closest possible pub to the summit of Helvellyn but don’t let that fool you – you’ll want half a day to do it. The route starts with an eye-wateringly steep ascent from Gillside Camping up to Birkhouse Moor and shortly afterwards, the moment has arrived: Striding Edge.

Whether you’re new to scrambling or experienced doesn’t matter – it’s a wide ascent with very little danger in the dry and multiple routes depending on your head for heights, but the views of the surrounding area and of Red Tarn below are simply out of this world. The short, flat summit allows you to skirt around and descend via Swirral Edge the other side of the tarn – it’s a tad steeper than Striding Edge but doesn’t last nearly as long. Once you get to the shore of the tarn, grab a bite to eat before heading back down for a celebratory pint and a couple of hours of excited storytelling. Brilliant. 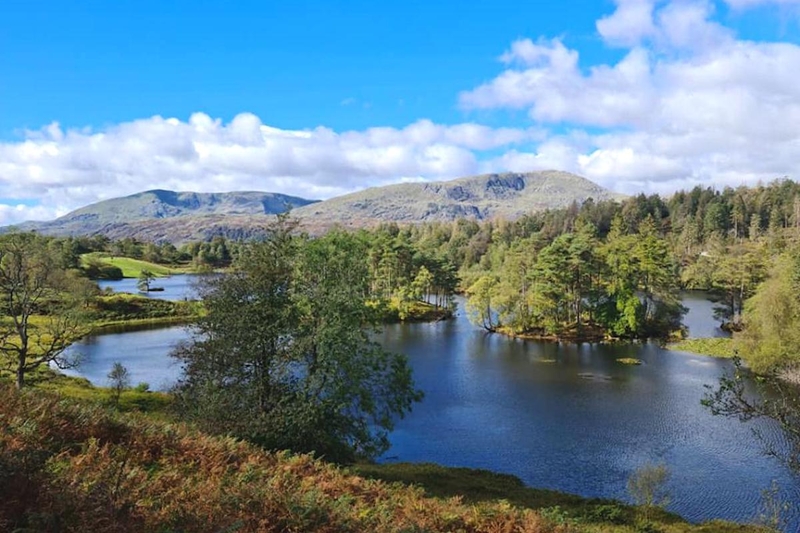 Tarn Hows is a large tarn with a managed circular footpath and National Trust car park, so if you just want a quick stroll, it’s a solid option. This route starts at The Drunken Duck – home of Barngates brewery and my favourite pub in the Lakes.

A short ascent through Pullscar Plantation sees you emerge at Black Crag – a lowish summit with stunning views across to both the Coniston range and the Langdale Pikes. From here, you begin a gentle descent to Tarn Hows, where a full lap is an absolute must. The return takes in the forest of the Iron Keld plantation, and the whole route is short and easy enough that you can guarantee several hours in the Duck, either by the fire or enjoying the view of the Fairfield Horseshoe from the outdoor tables across the road. 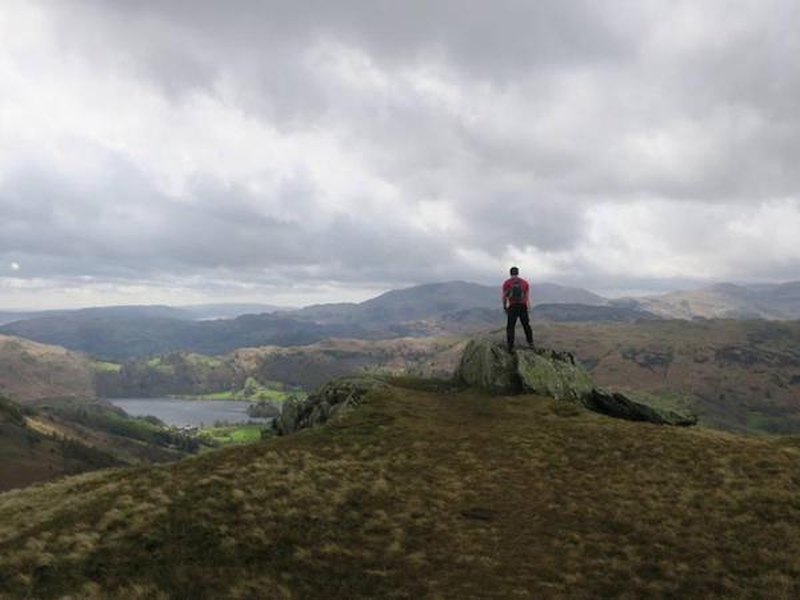 Sure, you can saunter up Latterbarrow from Hawkshead, but the route from Far Sawrey takes you on a low-level walk past a couple of beautiful, secluded tarns and provides an almost uninterrupted view of Windermere the whole way. Plus, the Cuckoo Brow Inn has some cracking ales and is a much less visited spot to enjoy a quiet beer. Start by walking along Cuckoo Brow Lane to Moss Eccles Tarn then on past Wise Een Tarn before beginning a relatively easy ascent near Ill Gill.

You can take your pick of routes back – including Claife Heights – but I’ve gone for a stroll along the water’s edge down at Windermere. From your secluded vantage point, you’ll almost be able to see the thousands of tourists across the water at Bowness and you’ll be very pleased with your choice to stay on the west side.

Head for the hills: Ten pub getaways across the North of England
● / Pubs

Time to get Alfresco: An A to Z of outdoor drinking and dining in Leeds
● / Pubs

Top 50 Gastropubs 2021: Which pubs in the North are included?
What you say
Previous Article Next Article
Read Next
● / Pubs