Are Leeds United learning to love themselves again, just in time?

With May approaching, Jon Howe looks at LUFC's growth this season and what it means for the the club and city's future.

Current professional football in England is littered with small clubs who have prospered to varying degrees while Leeds United have enjoyed a largely miserable sojourn around the lesser leagues. Stoke, West Brom, Burnley, Watford, Bournemouth, Swansea, Hull, Reading, Norwich, Wigan, and even Blackpool have made hay while the sun shines; enjoying fifteen minutes of fame while Leeds United have been licking their wounds, picking fights in an empty room and traversing new levels of ineptitude and mismanagement.

But this season, something has changed.

Key individuals are being sheepish, diplomatic and perhaps bound by non-disclosure agreements about who has been directly responsible for what, but Leeds United have been shaken from a decade of deep slumber and reckless carousing, to take a long, hard look in the mirror and finally recognise themselves.

Diligent planning, streamlined management, proficient and specialised coaching from manager Garry Monk and his team, and an environment in which professional footballers are more likely to thrive has resulted in a team unit being formed, free-flowing football being played, a bond between players and fans being sculpted and an extra 10% being squeezed out the - largely unspectacular - squad.

Those clubs listed above may whisper something about it not being rocket science as they gaze on in stultified confusion, but for Leeds United to raise itself from the mid-table and an unsavoury attachment to a negative goal difference, has triggered a rousing ‘hallelujah’ from the Elland Road faithful. Finally, the penny has dropped.

The question is, I guess, ‘what happens now?’ It’s almost as if we’ve been passed the ball and we don’t know what to do with it. ‘You mean we actually have to achieve something? Blimey, tough gig’. Yeah, it’s not just the taking part that counts I’m afraid.

Leeds fans have suffered the whole of the current millennium enduring a maelstrom of bad decisions and bad advice at all levels, and now we want something in return. However, the likes of Derby County and Brighton & Hove Albion have been at this ‘progressive thinking’, promotion-chasing lark a lot longer than us, and it’s no walk in the park apparently.

It is 27 years since Leeds United last successfully climbed from the second tier of English football to the first. The 1989/90 season is set in granite as a folkloric campaign that saw Elland Road develop a magnetic enticement like the best club night in the world. There was an adrenalin-fuelled, communal force that propelled the team forwards, every game carried a surety about it that brought a sense of occasion and a feeling that something great was definitely going to happen.

It did then. I’m not sure we are quite circling those heights now, but there is undoubtedly a party vibe that finally suggests we have players at Leeds that fans can identify with. 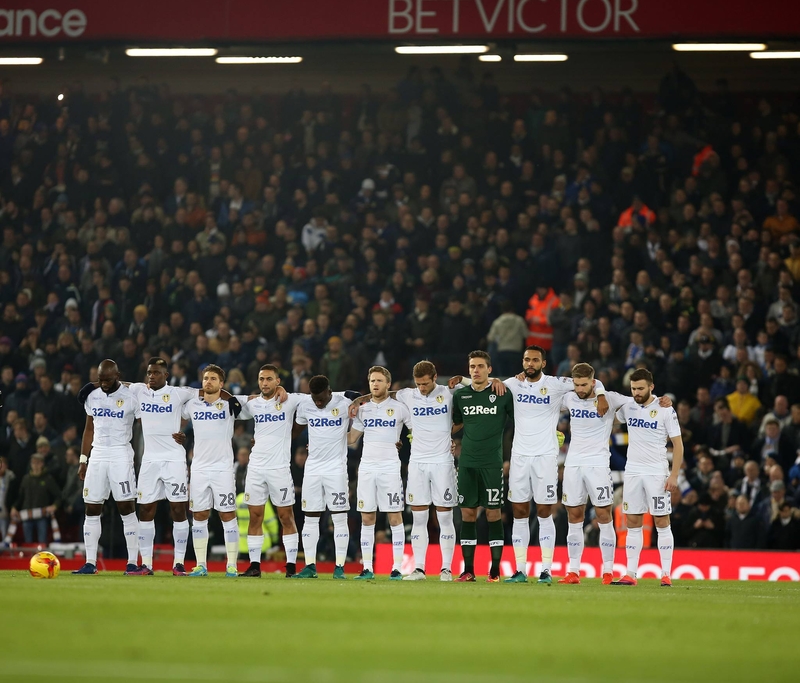 In 1989/90, every player was military-drilled with the right attitude and we made stars out of ordinary, everyday Joes. For Mel Sterland, Chris Fairclough and Peter Haddock, see Luke Ayling, Gaetano Berardi and Kyle Bartley. The list goes on, and you can compare bite, leadership, and youthful verve in midfield until you come to the ultimate comparison of cult heroes Vinnie Jones and Swedish centre-half Pontus Jansson; two players who have been infected by the maverick swagger and the feverish, almost lawless, desire of Leeds fans to end up not just top of the pile, but having got there in a certain way - combining a smile that would melt hearts with a snarl that would make a saltwater crocodile blub.

Unfortunately only three clubs can get promoted to the Premier League, and it’s not quite evident as yet whether this Leeds United has the marauding spirit to barge through every obstacle and pillage what it can on the way. With the play-offs comes a sense that the stars need to align to navigate them successfully. The last time Leeds spent the season in the top six and dreaming of the Promised Land was 2005/06, when ultimately they lost 3-0 to Watford in the final in Cardiff.

On reflection, that season carried nothing of the rampant fervour that this current one does. Save for an epic 4-3 win away at Southampton, there are few memorable games from what was a largely drab and regulation 46-game campaign.

Maybe it was a sense that the club’s previous Premier League tenure was still relatively fresh, maybe it was because manager Kevin Blackwell’s style of football offered nothing more than a sense of self-loathing, or perhaps it was having a centre-half partnership of Paul Butler and Sean Gregan that never quite exuded the feeling that we deserved good things?

You don’t get the feeling that the outcome of this season, whatever it is, will have such a dramatic aftermath, unless of course the trajectory is upwards. The completion of a 50% sale of the club to Italian businessman Andrea Radrizzani, has certainly offered promise that some long term foundation can be applied to the current construction that still bears some worrying hallmarks of being built on sand.

Early indications are that Radrizzani – a self-made, squeaky-clean and well-connected media magnate – has designs on fully re-connecting with the city of Leeds, its pulsating business and creative epicentre and a local council that is always worth having on your side.

And so Leeds United and its fans can maybe start looking forwards rather than backwards or nervously over their shoulders, and whatever the final few weeks of the season brings - whatever tumult of rapture or despair the month of May presents - at least we know that we have pride in ourselves once more, and the raw materials, the element of control, and the collective desire to make Leeds United the strangely alluring, hypnotic behemoth that we all know it can be. Again.

Jon Howe has been writing about Leeds United through thick and thin for over twenty years. His second book The Only Place For Us: An A-Z History of Elland Road; can be purchased online via Waterstones, or from the Club shop at Elland Road