13 Leeds things you'd be a fool to miss this April 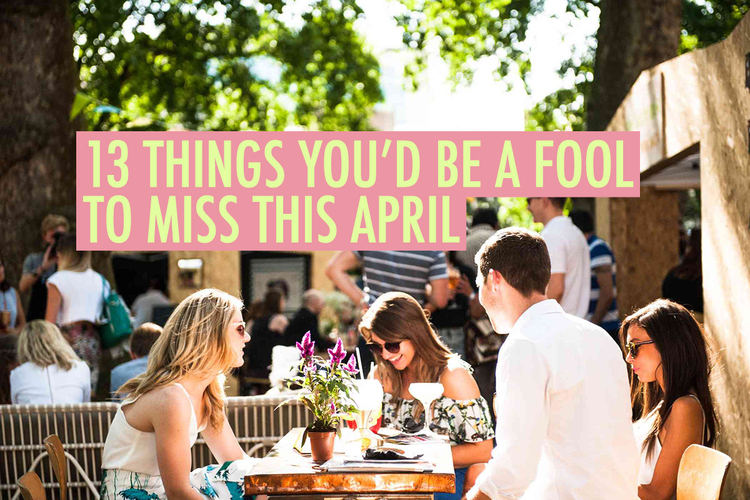 There's loads of food, booze, music & culture goings-on in Leeds this April, these are the ones most deserving of your time...

If you saw our first look of Grumpy’s the other week, you’ll know that Farsley’s Sunnybank Mills is going from strength to strength - but if you needed even more persuasion to venture that far west of the city centre (come on, it’s only seven quid in an Uber), Trouble at Mill might just do that.

Trouble at Mill is a monthly pop-up in the Mill, collating live theatre, music, food, and their own homebrew. This month sees Unlimited Theatre’s presentation Am I Dead Yet? - filled with stories and songs about death and dying and about how we don’t talk about it enough. It’s a comedy, we promise. They’re joined by the Waikiki Afrobeat Orchestra, and Harvey’s Curry Canteen will be dishing up food for just a fiver per person. Tickets 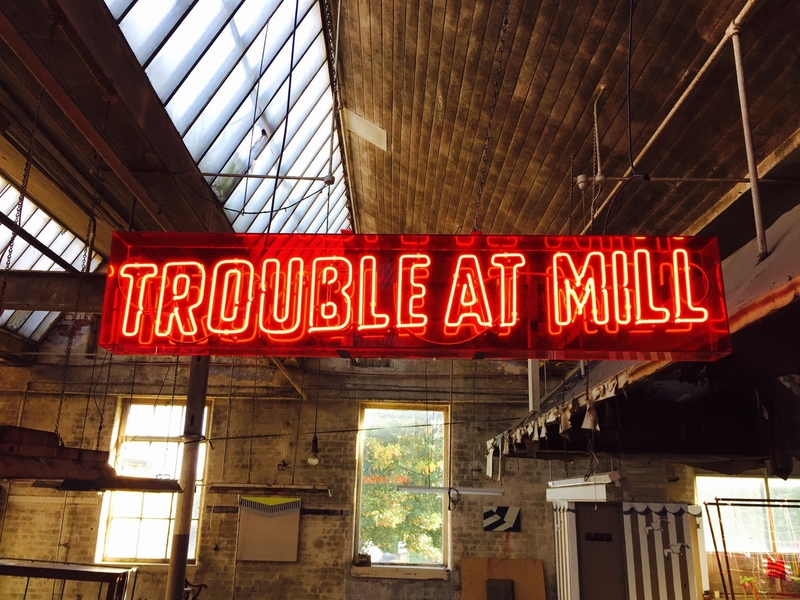 The UK’s biggest cocktail festival has gathered up the best bars in Leeds for two evenings of exclusive drinks, and one-off drinking experiences. We gave you to full low-down here , but it won’t hurt to refresh your memory. There’s also a surprise attraction waiting for guests on the evening. Maybe a bar themed around a recent Netflix sensation? Weirder occurrences have happened… Tickets 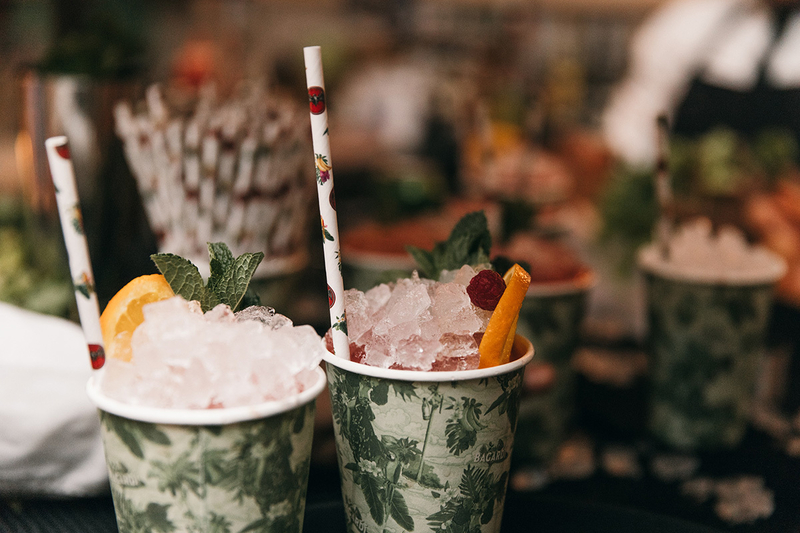 They’re baaaaack. Winners of the 2015 Young British Foodie Award for best street food, Yakumama are visiting their old friends Grub & Grog at Shead Street Cafeteria, bringing their vibrant Latin American-inspired food like mackerel ceviche, pork taquenos, and cassava croquettas with them - we’ve lost count of the times we’ve eaten from these guys, and they’ve never disappointed. You can reserve your table here . 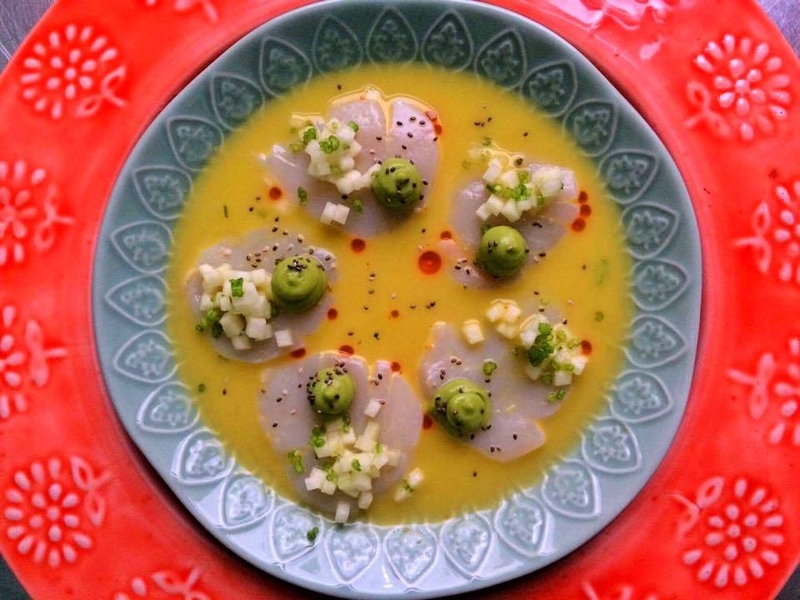 Currently in its eighth year on Broadway, having been seen by over four million people in over thirty countries, Thriller Live is moonwalking onto the stage of Leeds Grand Theatre this April. All the career-spanning hits are here, from the Jackson 5 days to Dangerous, accompanied by an homage to Michael Jackson’s legendary live performances. This is the closest you’ll ever get to seeing the King of Pop again. Tickets 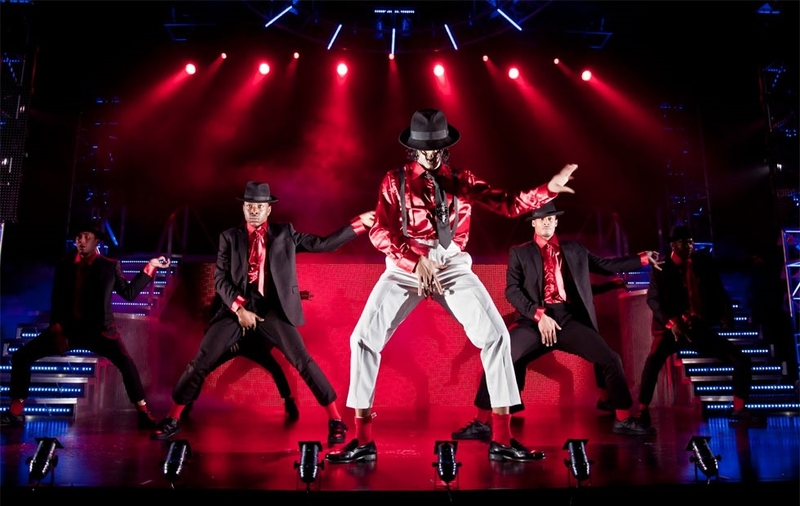 When better than Easter weekend for a beer festival dedicated to hops? Northern Monk are hosting the UK’s first hop-led beer festival, showcasing all the most dank, piney, juicy bangers from breweries all over the world, including Cloudwater, Siren Craft, Verdant, Weird Beard, and Alchemist. If you’re an IPA fan, you’ll be bitter if you miss this one. Tickets 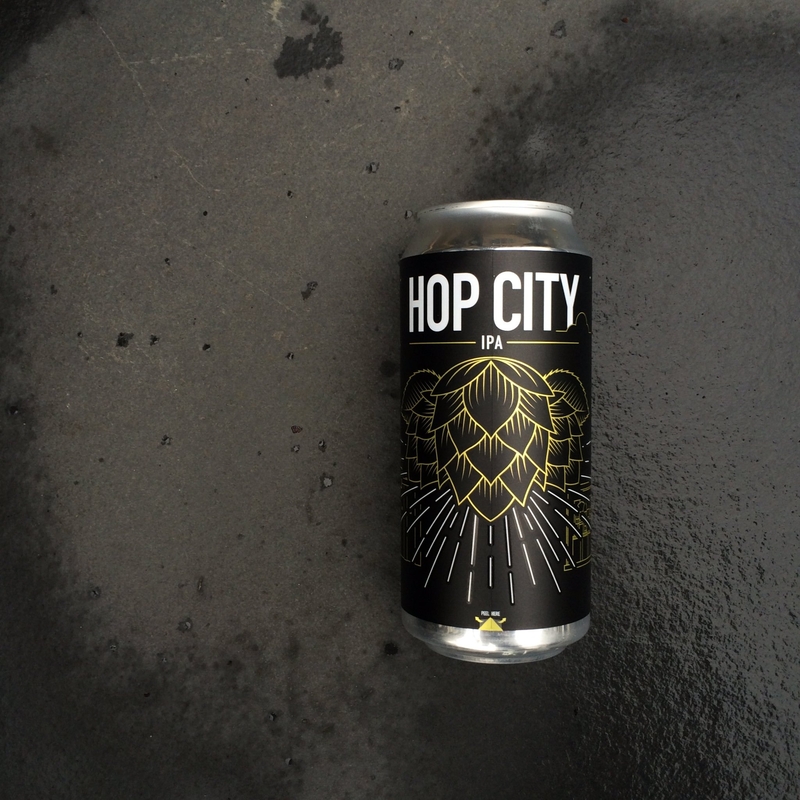 Check out our interview with Hacienda’s Graeme Park for the full details (and some Hacienda memories…) but in a nutshell: classic acid house and Hacienda club tracks, rearranged for a full, classical orchestra, as well as Park on the decks and New Order’s Peter Hook on bass and vocals. What more could the ageing raver possibly want? An actual club night? Well they’re putting one of them on as well, with Derrick Carter and Francois K. Anybody got any Veras? Tickets 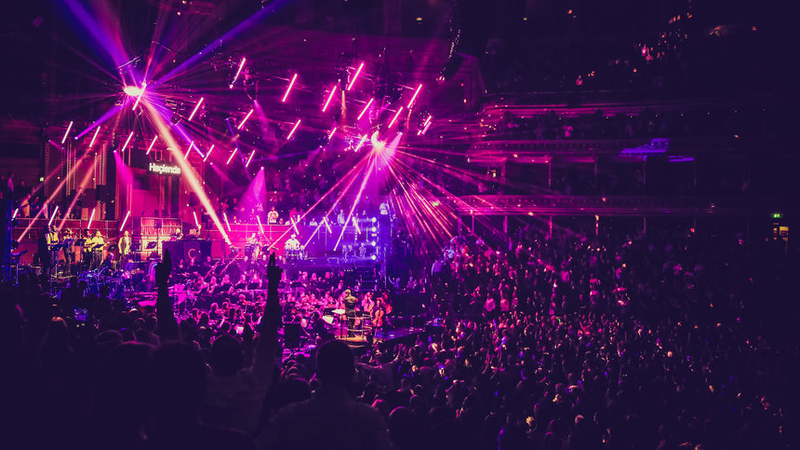 “From his deconstruction of the genealogy of Christ to him proving that racists are less racist than liberals, via some of the best knob jokes in the business. Will your favourite routine make the cut?”

The UK's master podcaster, the Mayor of Edinburgh Fringe, the bloke who writes a column in the Metro, Richard Herring is coming to Leeds with his show “The Best” - which takes his favourite routine from each of his twelve one-man shows, and crams them all into 90 minutes of all killer, no filler Tickets One of the best breweries in the country happens to be in Huddersfield - and they also happen to have a tap room where you can go and drink the beers are fresh as they get, direct from the source. This Easter Sunday they’re holding a food & drink festival, being joined by Manjit’s Kitchen, Noisette Bakehouse, The Hip Hop Chip Shop, Mac Daddies, and more. More info 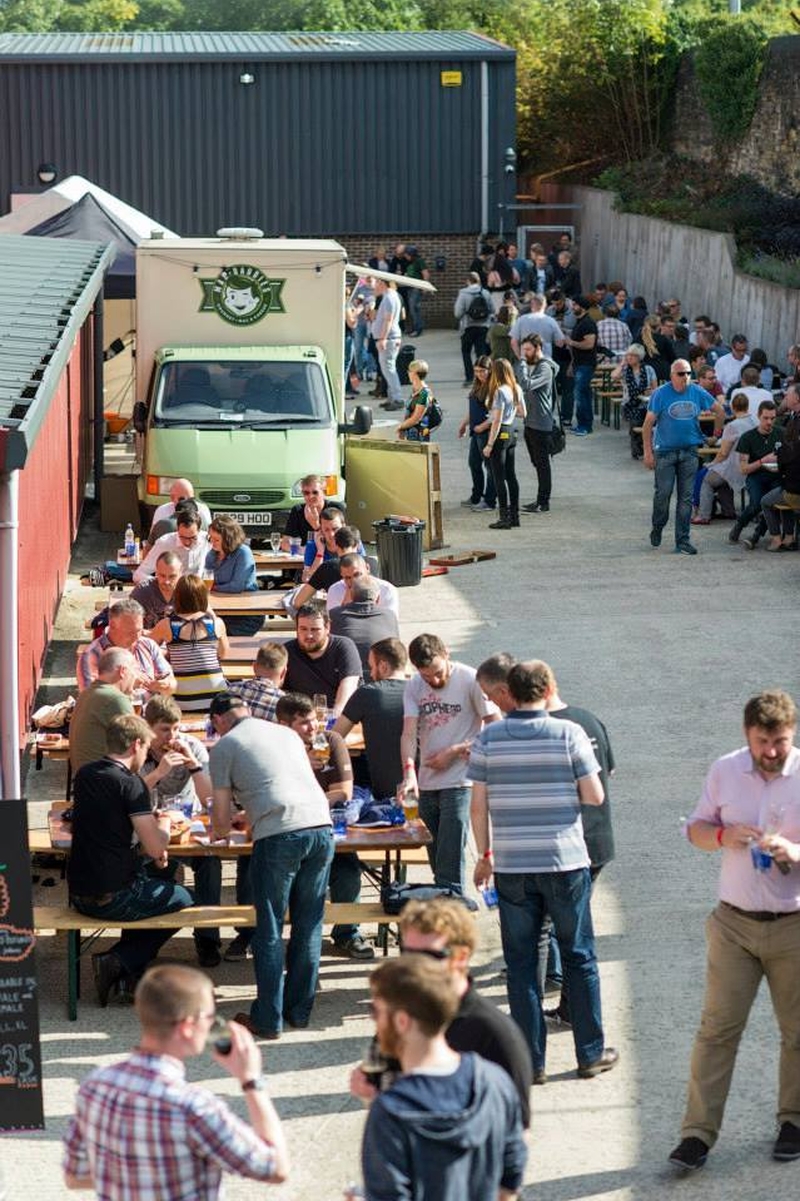 The first Bank Holiday of the year means the return of Merrion Street Festival - a collaborative street takeover featuring all of your top-end-of-town faves like Mean Eyed Cat, Mojo, Manahatta, and Bar Soba. Expect two days of live music, street food, and street drinking, with all the usual ace selection of beers and cocktails, plus a special one-off MSF cocktails from Jack Daniels and Appleton Rum. More info 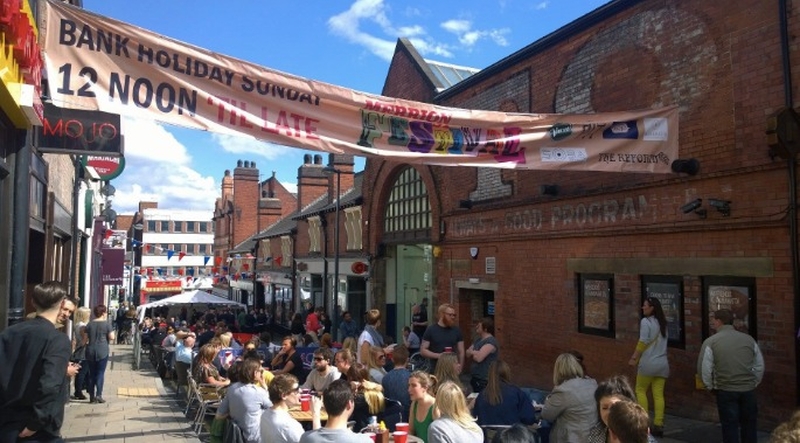 The last week of the month sees the inaugural edition of what’s set to be a huge event in the Leeds calendar in future years. Leeds International Festival is a series of events such as film premieres, concerts, exhibitions and key-note speeches which showcase the best of Leeds’ cultural offerings across three strands - music, moving image, and technology - on a global stage.

Headline events for each strand include Live at Leeds, the world premier of Leeds United documentary “Do You Want To Win” in the city centre, which features narration by club legends Vinnie Jones and Gordon Strachan, and “Empowering Women with Tech”, a one-day conference featuring female industry leaders as diverse as Lauren Laverne, Susie Bubble, and Emily Lovell, VP of Digital for Warner Music Group.

Look out for more in-depth previews and coverage of the festival in the coming weeks. More info & tickets

Never has the prediction that “pop will eat itself” been more relevant than when talking about Record Store Day. Originally started as “the one day of the year when over 200 independent record shops all across the UK come together to celebrate their unique culture.” this year’s parody of itself features vinyl reissues of Aqua’s seminal Aquarium as well as sleeper hit Barbie Girl, the audio track from two episodes of Fawlty Towers, and Bullet for my Valentine. To be fair, the Toto - Africa picture disc does look pretty cool though... 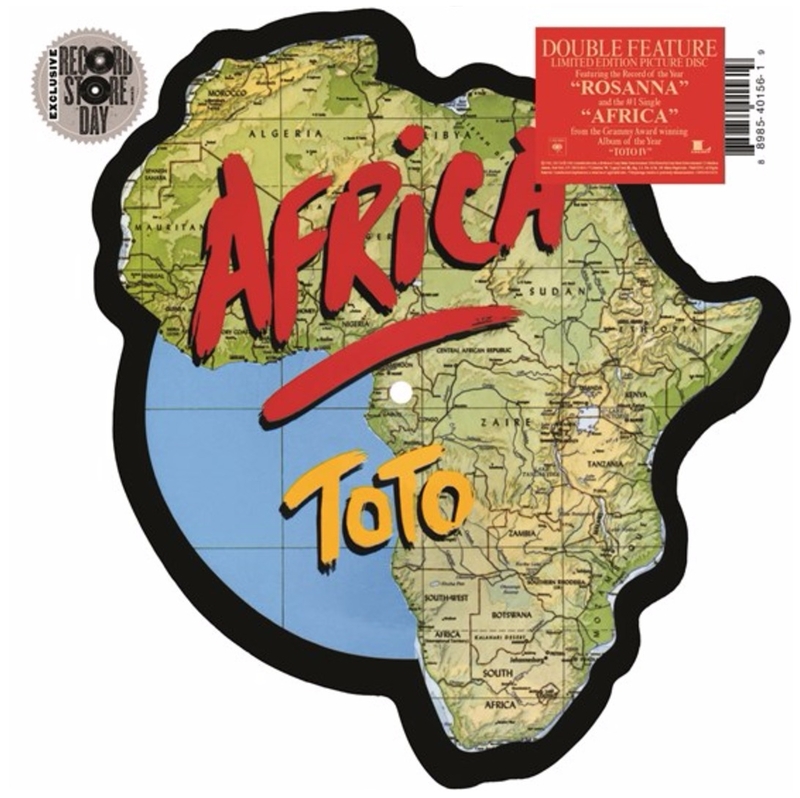 Oscar winner Andrew Whitehurst is VFX Supervisor from effects studio Double Negative, who have worked on films such as Spectre, Skyfall, Scott Pilgrim vs the World, and Ex Machina. Join him for a discussion about - among other things - the turning an actress into an android, and the unique challenges of how Ex Machina was shot without ever using a green screen, followed by a screening of the critically-acclaimed modern sci-fi classic. Tickets We’ve had our eye on this one ever since the first announcement included Slaves, Wild Beasts, Jagwar Ma and Pigeon Detectives, and since then it’s only got better and better, adding Rag’n’Bone Man, DMAs AJ Tracey, and loads more. We’ll be bringing you a guide to help you spot the next big thing at the festival that brought Ed Sheeran, Sam Smith and Mumford & Sons to Leeds before they were household names, but in the meantime, here’s five things you didn’t know about this year’s festival. Tickets