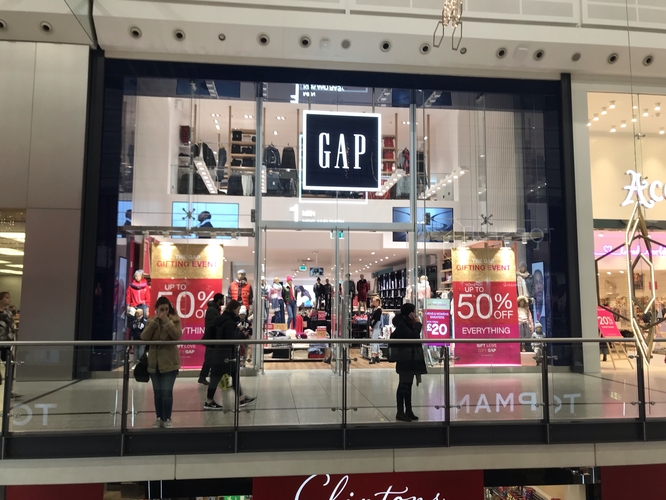 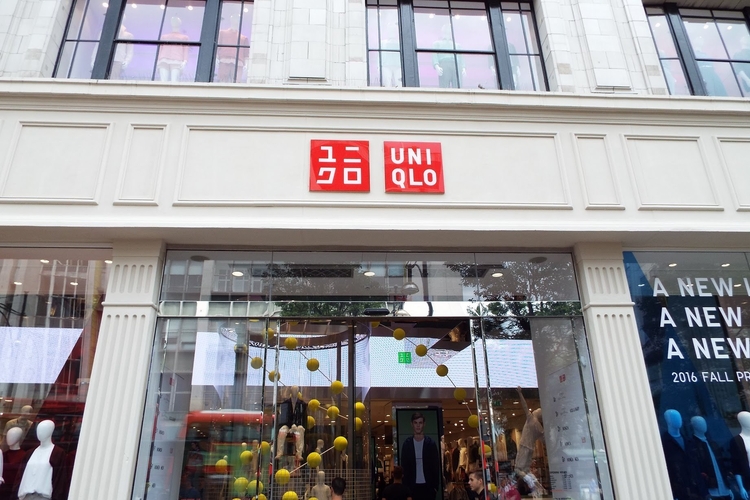 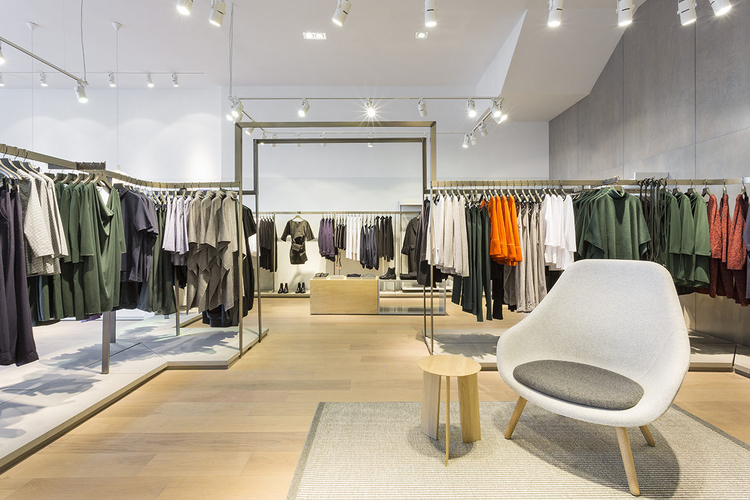 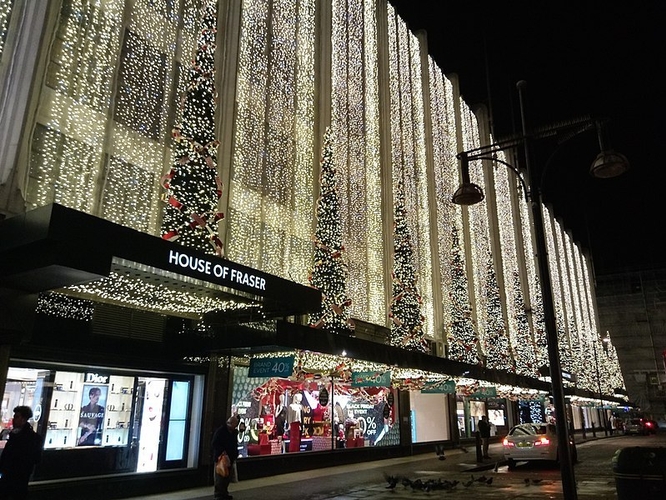 From saving House of Fraser to the city's quirkiest shoe store, we've rounded up some of 2018's biggest retail news

You're either one of two shoppers this Christmas: the militant, who has sharpened their elbows to battle the slow moving people traffic on Market Street, or the ever-so-smug type, who has completed their shopping already via way of Amazon.com. If you do plan on ever leaving the comfort of the sofa and venturing to Manchester's heaving high street again, you may find it has changed somewhat. 2018 made way for the incoming of many highly anticipated new stores, helping to bolster up the city's current offering in the coming year.

To help peel you away from your online shopping cart and back onto the high street, we've rounded up some of Manchester's most standout fashion openings and announcements of 2018.

Closures are common on any major city centre high street, yet when news broke that House of Fraser could close in the New Year Manchester revolted. The future of Manchester's most recognisable department store, as well as 600 jobs, was cast into doubt in October when House of Fraser's new owner - Sports Direct billionaire Mike Ashley  - failed to agree terms with the building's owners. However, a new deal, helped through by Manchester City Council, has been reached and the historic store - which dates back to 1832 - has been saved.

‘It’s as if Topshop and H&M had a baby,’ said L’Oréal Blackett upon the launch of one of Manchester’s most anticipated fashion openings. A first for the city and the North West, the popular Swedish brand opened in Manchester Arndale earlier this year to a huge reception. The new concept store launched with a huge millennial call to action and features glittering disco cloud lighting, a DJ track list of girl-power noughties hits and countless Instagram photo opportunities

A bit of a downer in our optimistic list of new openings. Once a firm fixture on Market Street, Mango closed its only Manchester store earlier in April. Upon the closure, Mango bosses said they were in active discussion with several shopping centres in the city regarding potential new locations’, as they have ‘a great base of loyal customers in Manchester’.

Amsterdam-based eyewear brand, Ace & Tate, opened its first Manchester store to the delight of the city's most stylish spectacle wearers - an opening that made us almost wish we had bad eyesight (almost). A welcome addition to the Northern Quarter, the standalone store replaced the former Paul's hair boutique on Oldham Street, joining the likes of Carhartt as a sleek, modern outfitter.

It’s almost criminal that Manchester's high street has gone so long without this global fashion giant. Uniqlo, the trendy Japanese brand - fronted by the likes of Roger Federer, Susan Sarandon and Pharrell Williams - closed two Manchester stores in 2004 as a fall in profits forced it to retrench back to London. This October, Body Confidential confirmed Uniqlo will stage a comeback in 2019 after signing a lease for a prime spot on Market Street, vacated by BHS in 2016. 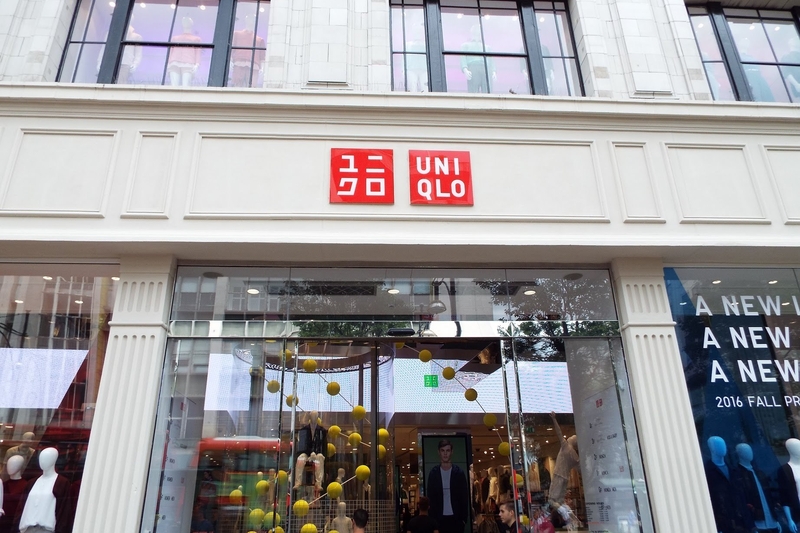 For its first ever Manchester store, Ralph Lauren went big. After celebrating its 50 year anniversary, the American fashion brand committed to a ten year lease on a 2280 square foot store on New Cathedral Street. Joining the ranks of Hugo Boss, Reiss and Harvey Nichols, the new store opened in November with the best of the designer’s signature style including of course, the classic polo.

The only independent fashion boutique on our list (sadly) is Nola, a striking new independent boutique which opened up in the Northern Quarter this summer. Originally hailing from Brighton, the new store is based in the avocado green buildings on Port Street and features a beautifully curated collection of womenswear and menswear. Championing the 'buy less, buy better' movement, Nola sources quality clothing from premium brands in a bid to promote sustainability.

Another global fashion retailer looks set to make its Manchester debut in 2019. COS, owned by H&M, has been eyeing up a unit recently vacated by GAP at 30 St Ann’s Street, just off St Ann's Square (close to SpaceNK). The Scandinavian brand will replace the American fashion giant following its move to a larger unit in Manchester Arndale. It joins one of three brands in the H&M portfolio that have made Northern debuts recently; & Other Stories on Manchester's Exchange Street in 2016, and Arket, which opened in Liverpool ONE in August this year.

After vacating its long-term unit on St Ann's Street, the American fashion giant has taken a bigger gap (gerrit) in Manchester Arndale. GAP bosses announced that they signed a ten-year lease with the shopping centre back in April. Now open, it's situated within a 10,000 square foot, two-storey megastore filled to brim of denim and contemporary casual wear. 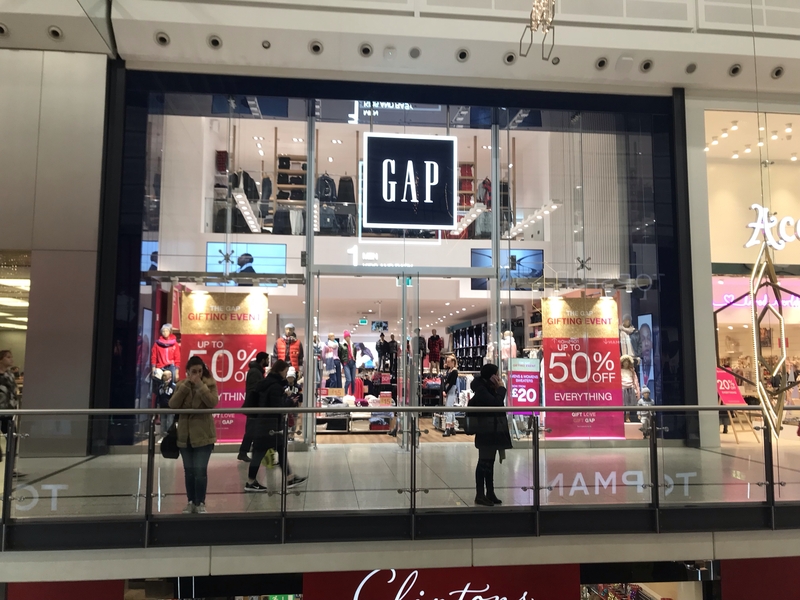 170 brands, 25,000 products, close to 3000 shades of lipsticks and 1500 shades of foundations later and Selfridges Trafford is now a whopping high-tech, ultra modern beauty megastore. Doubling in size, the beauty hall now spans over 20,000 square foot, positioning it as the leading beauty destination outside London based on its size, product offer and services.

Until May this year, Manchester's Market Street held the title of having the 'world's biggest Primark store' (it also boasts the world's longest queues) before Birmingham's unveiled its new megastore earlier this spring. Still, the city will soon be getting another huge dose of fast-fashion as Primark prepares to open at Intu Trafford Centre. The department store announced Primark as the anchor retailer for its new £74 million redevelopment of Barton Square (the interiors section with all the Grecian statues). Set open in 2019, the new Primark store will be spread across two-storeys under the shopping centre's new glass-domed roof.

Abercrombie & Fitch - the All American, preppy, Californian outfitter - opened its second UK 'prototype' store at Intu Trafford Centre in April 2018. Though there's none of the bare-chested models the brand was once famed for, the smart new store features 'innovative and considerate fitting rooms', with customers able to control lighting and music, as well as phone charging docks.

With close to 10,000 square foot to play with at Manchester Arndale, Victoria's Secret managed to fill their latest store to brim with their famously skimpy delicates. The world's most recognisable lingerie brand (or rather it's their beautiful supermodel ambassadors they're most famous for) has taken over the former Guess, Coast and Bose stores, selling both Victoria’s Secret and Victoria’s Secret PINK collections. In store, find sexy lingerie modelled by Victoria’s Secret’s winged supermodels, as well as the college-inspired loungewear and pyjamas from PINK.

Full of fun and fantasy, Irregular Choice has brought a touch of child-like wonder to Manchester's high street. Now open on The Royal Exchange end of Market Street, the new store offers a kaleidoscopic shopping experience featuring more glitter and sequins than your average Pantomime.