PLANS for another mega-student complex have been unveiled for Liverpool city centre as the city council announces details of its review into undergraduate accommodation in the city.

Unite, the student homes provider, has announced a 12-storey block of flats sleeping 769 people stretching across the site of the former employment exchange on Leece Street and the multi-storey car park, known as the Tara House site, on Oldham Street. The huge complex, which includes 3,700 sq ft of ancillary retail, will directly face St Luke’s bombed out church.

Unite already runs nine similar complexes in Liverpool, including Grand Central opposite Lime Street Station, which, with over 1,200 bed spaces, is one of the largest students blocks in the UK.

Ahead of the new scheme, Unite has submitted plans to demolish the old car park which closed in 2010. Originally there was a plan by an Irish developer to build a "flatiron" style hotel on the site but that came to nothing.

View looking onto Leece Street where the complex sprawls onto the site of the former employment exchange (right of  pic).  The Dispensary survives. And Zorba's...

Bristol-based Unite's aim is to replace the car park with four blocks, the highest 12-storeys high, with shops on the ground level. Such is the spread of the site that on other sides it will sit next to the Dispensary pub on Oldham Street and the Roscoe Head on Roscoe Street.

Unite say the scheme would "act as a catalyst to the urban renewal in this part of Liverpool”.

It has commissioned Rio Architects to prepare the proposals, with a design and access statement in support of the application already completed. 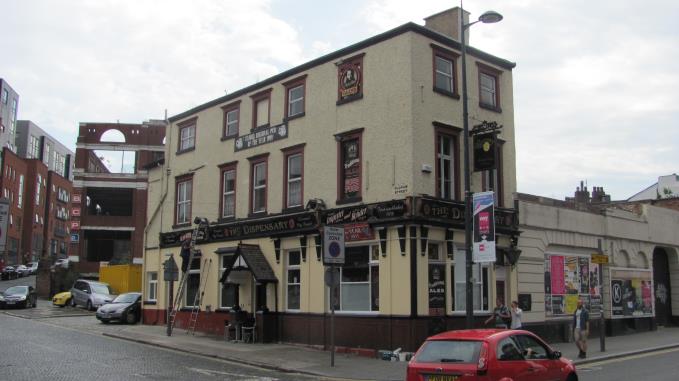 The car park behind the Dispensary was supposed to being turned into a 'flatiron' hotel. But that project ran out of steam

In its submission to the city council Unite says: “The Tara House site at Oldham Street provides the opportunity for Unite to deliver high-quality well-managed student accommodation in the heart of Liverpool.

"Unite and their team of professional advisors have spent the last eight months in close dialogue with the Liverpool City Council in honing proposals that not only address student accommodation needs, but also the wider benefit resulting from the regeneration of this derelict city site.”

Meanwhile, hearings are to take place to gather evidence by the council looking at the suitability and viability of current student accommodation in the city centre

The review will look at the need for growth to meet future demand and the impact on the city centre and other areas of the huge increase in student accommodation.

It follows moves by developers in recent years to create large scale student flats in the city centre with a range of facilities and close to universities.

The review group – made up of councillors and representatives from each of the student, university and developer communities - will meet on July 14, 15 and 16 at Liverpool Town Hall and hear the views of a range of "stakeholder groups”.

The evidence will feed into establishing the council’s policy on future student accommodation development, with a final report and recommendations to be considered by the city council cabinet over the summer.

Cllr Frank Hont, Cabinet Member for Housing, said, “Ensuring a supply of high quality, appropriately located homes is a priority for the city council.  Students make a significant contribution to our communities and this review will ensure that the council is able to meet the needs of all interested stakeholders.”

Anyone wishing to present information to the council review committee should email development&housing@liverpool.gov.uk. Information can either be provided in the form of a presentation to the committee or via written submission. 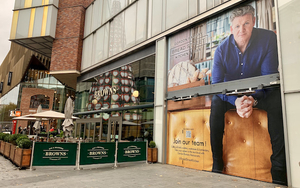