Emily Speed’s first major, solo exhibition in a UK gallery features a new film installation, inspired by Edwin Abbott’s 1884 novella Flatland, a satire of Victorian society, where all existence is limited to two dimensions and women are restricted to thin, straight lines. Speed was the successful applicant of the inaugural Art North West scheme. 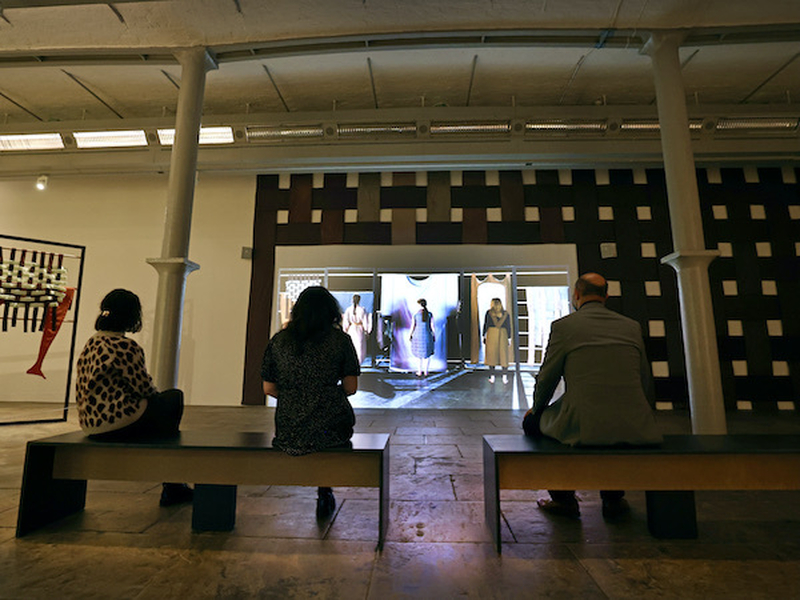 This new immersive experience uses the latest technology to plunge audiences into a world where the past meets the present and history comes alive. Told through the eyes of a child called Livie, the attraction brings to life Liverpool in the 1850s and illustrates how the building represented two very different sides to the city. From the opulence of the Great Hall and Concert Room so loved by Queen Victoria and Charles Dickens to the destitution of people in the building’s prison cells awaiting sentencing in its courtroom. It just isn’t Halloween with a visit to the poop-your-pants-terrifying phenomenon that is Farmageddon, ready to scare the living daylights out of anyone brave enough to venture down to scare mazes; The Beast of Terror, Contagion and The Meat Locker. The whole park is themed with roaming zombies and creatures of the night. Just keep telling yourself - it isn’t real, it isn’t real…

Sarah Bernhardt, Queen Victoria, Charlotte Bronte, Florence Nightingale, Elizabeth Barrett Browning and Mrs Emma Hardy - six bold women invite you into their bedrooms in this intimate performance to be staged at one of Liverpool’s most fascinating hidden gems. The show is written and directed by Janet Goddard (Letter to Brezhnev). Entertaining, educational and fun, it’s a great opportunity for a peek inside the historic Athenaeum Club.

A new stage adaptation of The War of the Worlds, inspired by H G Wells’ sci-fi novel and Orson Welles’ classic radio play, which caused hysteria when it was broadcast to the public. Rhum and Clay Theatre Company cleverly re-imagine the story of the provocative radio play into the 21st century. In a world of Fake News, this production replaces the radio with the internet as an outlet to make sense of the world.

It can’t be panto season already? Oh yes it can! Join Jack (Timothy Lucas) on his gigantic journey up the beanstalk as he discovers geese with golden eggs, a magic harp, and not forgetting a close encounter with a very hungry giant. But he needs to tread carefully, as the villainous Mrs Fleshcreep is hot on his heels, determined to stop him. 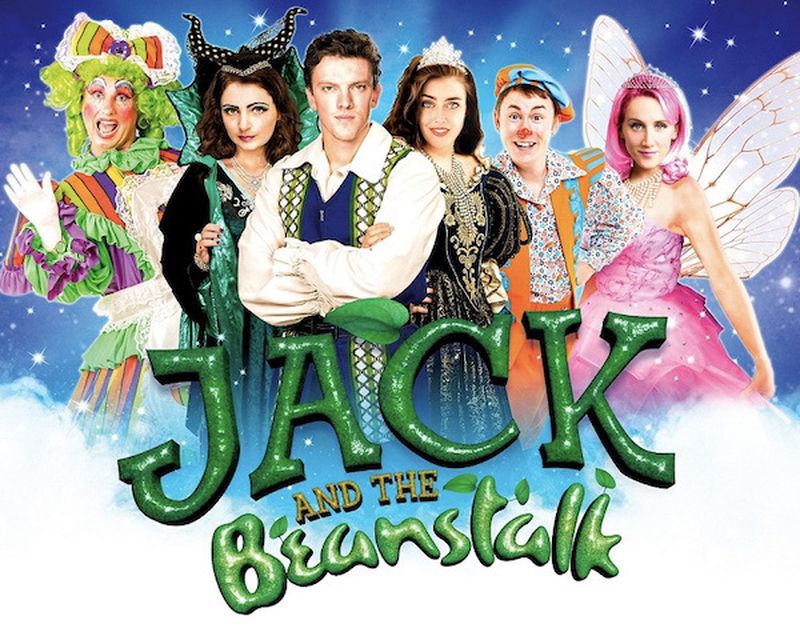 Sheikh’s ability to combine the powerful, anthemic nature of indie-rock with heartfelt, singer-songwriter style lyricism and the hooks of timeless pop have previously seen her join Stereophonics on an extensive UK/EU tour – performing sold out arena shows in Manchester, Cardiff and across the EU. A great opportunity to catch the British/Spanish genre-chameleon in an intimate live setting.

Diagnosed as HIV+ two weeks before his 17th birthday and after his first ever sexual experience, Nathaniel Hall kept this a secret from his family for nearly 15 years. In 2017 aged 31, he had a breakdown, came out to his family as HIV+, and created this gut-wrenchingly honest and equally hilarious play. Nathaniel was one of the breakout stars of the recent Channel 4 hit drama It's A Sin written by Russell T Davies. 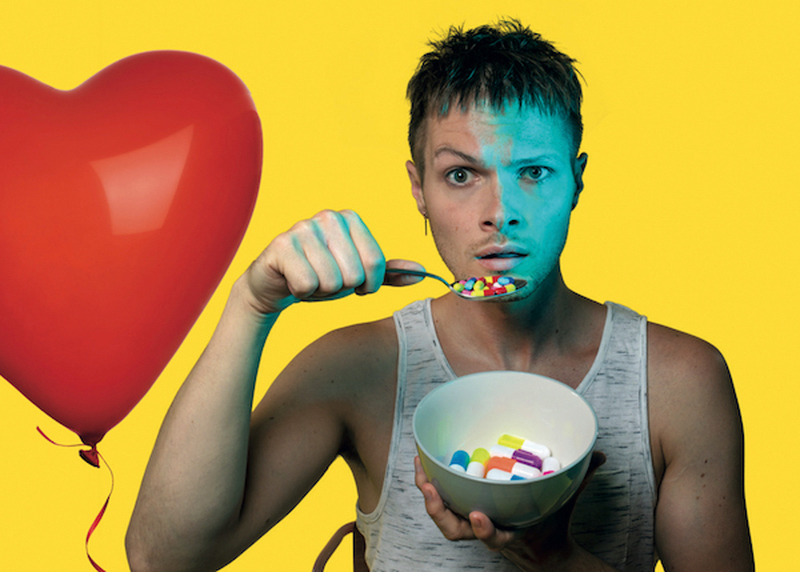 An outdoor illuminated art gallery is set to take over Liverpool’s world-famous waterfront once again in 2021 with the theme, Rhythm of the Light. For 17 nights, the River of Light trail will showcase the work of leading local, national and international artists across the Liverpool Waterfront with a number of stunning audio and visual installations. 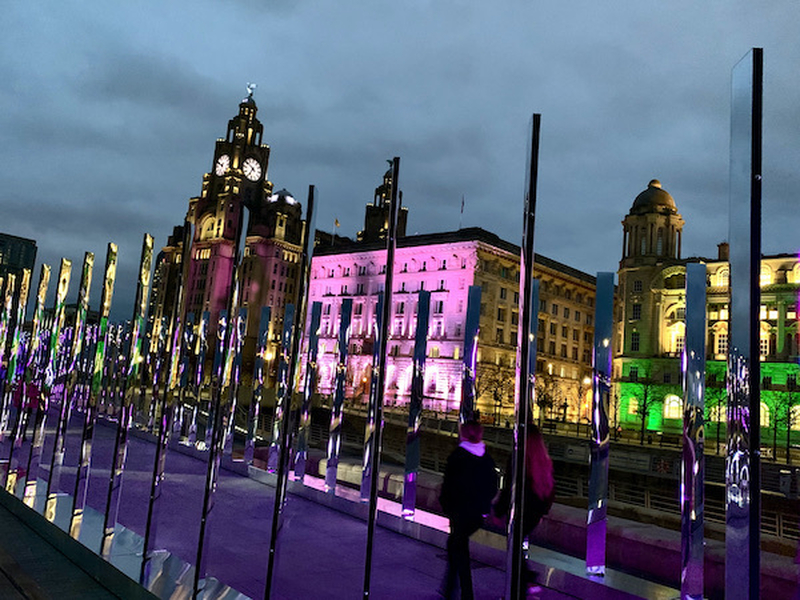 BACK TO THE FUTURE | Plaza Community Cinema | Wednesday 27 October

Great Scott! Following the first Plaza 80s night which sold out in record time, Nick Gartland returns with the second instalment and a special screening of Back to the Future. Nick used to work at the Plaza and has been a supporter of the cinema since the 80s. Enjoy a classic film on the big screen in this stunning Art Deco cinema - Nick will be warming up the audience before the film with an 80s DJ set.

TNT Extreme Wrestling made their debut show back in February 2015 and since then have put Liverpool on the map for British wrestling. Get ready for the UK’s biggest rock and wrestling extravaganza, as TNT Extreme Fields goes live with seven hours of live music and the best pro wrestling action. Acts confirmed include Junior, Scare Tactics, Attic Theory and many more, plus some of the hottest independent wrestlers in Britain - Robbie X, The She-Wolves, and Alexxis Falcon with some blockbuster bouts already signed, including Clint Margera vs Tyler Devlin and The Young Guns vs Lykos Gym. A new festival, Routes and Roots, launches on 16 October, with two weeks of free cultural, arts and wellbeing activities and events across the city, created to celebrate Black History Month. From drumming and dancing to lantern making, slavery tours and bike workshops to wellbeing, this is a brilliant chance to connect with the heritage, culture and wellbeing practices of people of the African Diaspora. The festival will conclude with the Katumba Halloween Carnival and launch of BlaST (Black & Brown Social Traders Network) at the Bombed Out Church on 31 October. Expect big, bold, visual shows and performances with drums, fire, lights, dance, theatre and more. With a theme of “Exchange”, Liverpool Irish Festival 2021 features music, theatre, performance, and much more. Exploring Liverpool’s Irish history and community, the festival hosts talks, tours and special events to celebrate the rich Celtic heritage of the city.

Back for its tenth year and this time in a tent. Courtesy of Elite Marquees this year’s festival will be staged in a giant luxury marquee in Victoria Park, home of the world-renowned Southport Flower Show. Featuring Paul Sinha, Russell Kane, Ed Byrne and many more.