15 great things to do in Liverpool this February

From stand-up poetry to puppetry and pop, there’s plenty to go at this month

This month marks the 500th anniversary of Leonardo’s death, as good a time as any for 144 of his greatest drawings to go on display around the UK. Selected from the Royal Collection, the drawings are being exhibited in twelve venues nationwide. Reflecting the full range of his interests - including anatomy, engineering, geology and botany - it’s a rare opportunity to witness the master’s uniquely fluid yet precise drawings in the papery flesh.

Jah Wobble’s Invaders of the Heart project is just one of many musical guises donned by the brilliant bass player down the years. But other than his early days in Public Image Limited, it remains perhaps the best-known manifestation of his reverberating spirit. The collective takes its inspiration from a huge range of global grooves, but Wobble’s bass-heavy heartbeat is ever-present at its pulsating core.

Just when you think the Royal Court must have run out of punning scouse-scented play titles, it comes up with another gem. Yellow Breck Road is the latest piece by Gerry Linford, writer of last year’s The Miracle of Great Homer Street. It promises to take audiences on a wild journey from 21st century Anfield into the depths of time and space – so click your trainers together three times and say “There’s no place like home”.

PUNCH AND JUDY VERSUS THE DEVIL | The Casa | 7-11 February

Why traditional Punch and Judy shows are regarded as children’s entertainment is something that puzzles many parents as they try to placate their snot-streaming, traumatised children. Burjesta Theatre Company’s new live-action adaptation (no puppets, not for kids) turns the seaside special into something far more grown up; ‘a fight for the future of mankind’ no less. 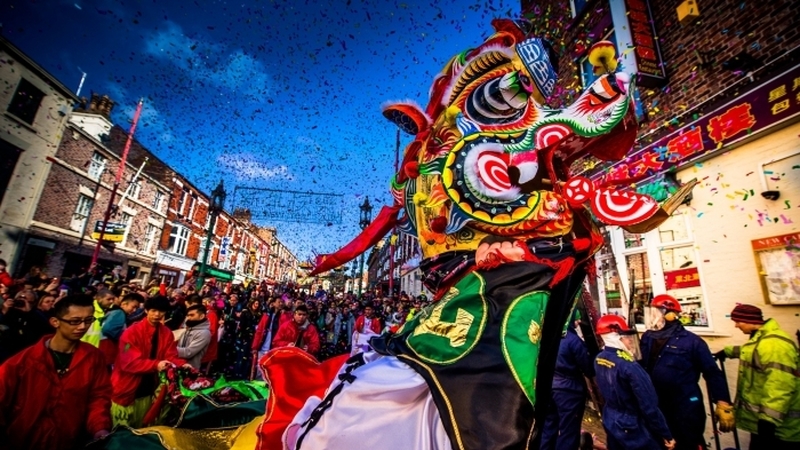 Europe’s oldest Chinese community leads the Year of the Pig celebrations with a host of events focused around Berry Street’s Chinese Arch. From around 7pm on Friday and Saturday, lion dancing and street theatre will culminate in ‘a unique projection and pyrotechnic show’ on the surrounding buildings. On Sunday, things step up a gear with performances, workshops, parades and firecracker displays from 11.30am.

Acclaimed local theatre makers, 20 Stories High, typically aim their shows at teens and young adults, but here they turn their attentions on a younger age group. Following 2016’s wonderful Broke N Beat Collective, the crew team up again with London’s Theatre-Rites to create Big Up! - a show made from beat boxing, songs and puppetry - for ‘3 to 6 year olds and everybody who looks after them’.

Since publishing his first book of poems in 1988, aged 21, Lemn Sissay has matured into a poet, performer and broadcaster of real gravitas. He has come a long way since his early outings on the stand-up poetry circuit, but has lost none of his infectious wit, poignancy and depth. This event is a one-off fundraiser for 20 Stories High, of which Sissay is patron.

If Kes encapsulated small-town state school life in the late 1960s, Gregory’s Girl did the same thing a decade later, albeit with many more laughs and a lot less bird slaughter. This screening, part of Liverpool Architectural Society’s ongoing Town and Country film series, is introduced by Dominic Wilkinson from John Moores University. But if that makes it sound a touch academic, it won’t be long before everyone’s hearts are melting.

Classical ballet comes to the Empire this month with a three-night residency by the Russian State Ballet of Siberia. They dance a different production each night, with this year’s repertoire encompassing Giselle, La Fille Mal Gardée (one of the oldest ballets still regularly performed) and, that wintry favourite, The Nutcracker.

The granite-topped glory of Caroline’s Kitchen has already proved to be a high-temperature comic hit in London, and now the production stops off in Liverpool on its way to New York. Written by Torben Betts, it tells the tale of successful TV cook Caroline Mortimer, whose apparently sparkling life is rudely interrupted by the arrival of an unexpected guest.

Scarred for Life, by Stephen Brotherstone and Dave Lawrence, is a book that collates the hauntological detritus of the 1970s. From petrifying public information films to paranormal dramas and panic-inducing comics, Brotherstone and Lawrence love the lot. Now they’ve turned it into quiz form for one night only - a fundraiser for the Sefton 4 Good charity.

John Cooper Clarke isn’t the only punk-era treasure to make the journey from grotty basement support act to Philharmonic Hall filler, but he’s perhaps one of the most surprising. His rhyming rants were well suited to the dank and dangerous atmosphere of sweat-streaked punk venues but, now that he’s an elder statesman of British poetry, it turns out the regal refinement of the Phil is perfect too.

SisBis, the Liverpool nightlife collective, bring the DJ trio Winds & Skins to their regular monthly bash at 24 Kitchen Street. The promoters promise that Donna Leake, Debora Ipekel and Ece Duzgit will deliver ‘jazz-funk, celestial grooves and soulful beats from across the globe’. As always, the night is a fundraiser for Refugee Women Connect, a charity supporting refugee and asylum-seeking women in Liverpool.

Sheffield doesn’t just produce great bands. It also gives birth to great band names, with International Teachers of Pop being just the latest in a long line of pronoun-perfect electronic educators from the city. Featuring members of the equally well-named Moonlandingz and Eccentronic Research Council, this promises to be an evening of delirious electronic delight.

Combining Arabic rhythms with Middle Eastern melodies and their own brand of hip hop, DAM have become an influential act on the Middle East’s urban music scene. With a twenty-year career behind them, their new album, Between Hannah and Mannah, is set for imminent release - and their Constellations show is a rare chance to see them live in the UK.