Walking down Lark Lane in recent years has turned into an I spy game of spotting the new bars and restaurants spilling over on this once most bohemian of south Liverpool streets.

Gone are the days when veterans Marantos, Keith's, The Albert, and, infinitely more trendy Masonic, were the bedrock of "The Lane", with a welter of new eateries now dotted in every nook and cranny of this popular road.

"Ah, it's the old Esteban,” my friend and I almost exclaimed in unison as we got closer to the building. The Old School House opened in May at the site of the former 19th century Christchurch school, taking over from Nonno's Pizzas and Plates whose run here was surprisingly brief.

The new owners have developed the former Esteban quite nicely, with an added extension to the former restaurant, next to bi-folding-doors which give way onto a large outdoor terrace. Inside, there's an airy feel to the decor with exposed brick walls, in vogue white tiles, a large feature roof lantern above the bar area, and industrial lighting which gives the restaurant a stamp of originality.

There's an expansive drinks menu running to six pages with an emphasis on cocktails - around the £9 mark - with names linking back to the "School House" name.

Detention, Hopscotch, Piggle In The Middle, Blind Man's Buff and Pocketful of Posies are all suitably educational. Although they certainly didn't play a rhubarb version of Spin The Bottle (£9.75) when I went to school. Maybe this is its version of Sex On The Beach.

For the grain, a decent selection of lagers, pale ales, IPAs and cask beers, refreshingly with not an Amstel, San Miguel or Carling in sight. I ordered a large glass of Parrotfish Chenin Blanc (£5.50) while my friend, on driving duties, contented himself with a pint of diet coke.

Saturday evening was impressively busy, as diners lapped up the opportunity to put their Tom Kerridge pandemic survival cookbooks back on a high shelf at home, and do weekend nights the right way once again.

The menu was a bit limited in some areas, just five options for mains, six small plates and a selection of pizzas, but The OSH talks from the outset of "majoring in wild sourdough, beer bread, pretzels, focaccia, and wood-fired pizza", so you know beforehand the sort of meal to expect.

My friend is a pretzel lover and had his eye on the Bavarian version here, served with cask ale and mature cheddar mornay. Tough luck then that his egg allergy meant he ended up with a starter of triple chips and vegan béarnaise sauce (£4). Quite the learning curve, but the chips had a satisfying crunch against the tangy relish, and he seemed perfectly happy.

My wood oven wings (£7) flavoured with rosemary and garlic were tender and a decent portion, but tricky to gather up the dressing without any cutlery. Some sort of glaze, instead of dip, might have been a better option. (Ed - or maybe ask for some cutlery?!)

I was easily swayed by a pulled duck chilli and cornbread pie main course, with a smoked Gouda cornbread crust and roasted corn salsa (£13). I can almost hear BBC Masterchef commentator Sean Pertwee panting that aloud, in those sexy tones that make even a plate of bread and butter sound like libido rocket fuel.

The cornbread was pleasantly soft and without hard edges, the pulled duck delicate and moist. It didn’t come with a vegetable accompaniment, so I ordered an extra side of the chef's salad (£4); a jumbled up pile of undressed rocket stems and not-so-crumbly croutons which Master Pertwee would have struggled to enthuse over.

My friend went straight to the pizza menu, and a pepperoni wood-fired version (£12) which got a gold star for its light base, puffed up crust and slippery American salami.

Onto desserts, or "sweet endings" as The OSH calls them. Bananas Foster deep fried cheesecake sounded good, but it was the "S'mores" warm dark chocolate brownie that got the nod, (£7), served with toasted marshmallow meringue and graham cracker ice cream. It did what brownie puds do, satisfied without being exciting, and left me wondering what the hell a graham cracker really was.

The service throughout was excellent, with regular checks from our waitress, and we never had to wait too long for courses to be brought to the table. Is The Old School House worth its place on one of Liverpool’s most competitive culinary streets?

Generally, yes. It ticks all the boxes on its report card for brunch, coffee, and Sunday roasts, with several large flat-screen TVs beaming out sports. I'll just be sure to order the Morning Assembly cocktail on my next visit. 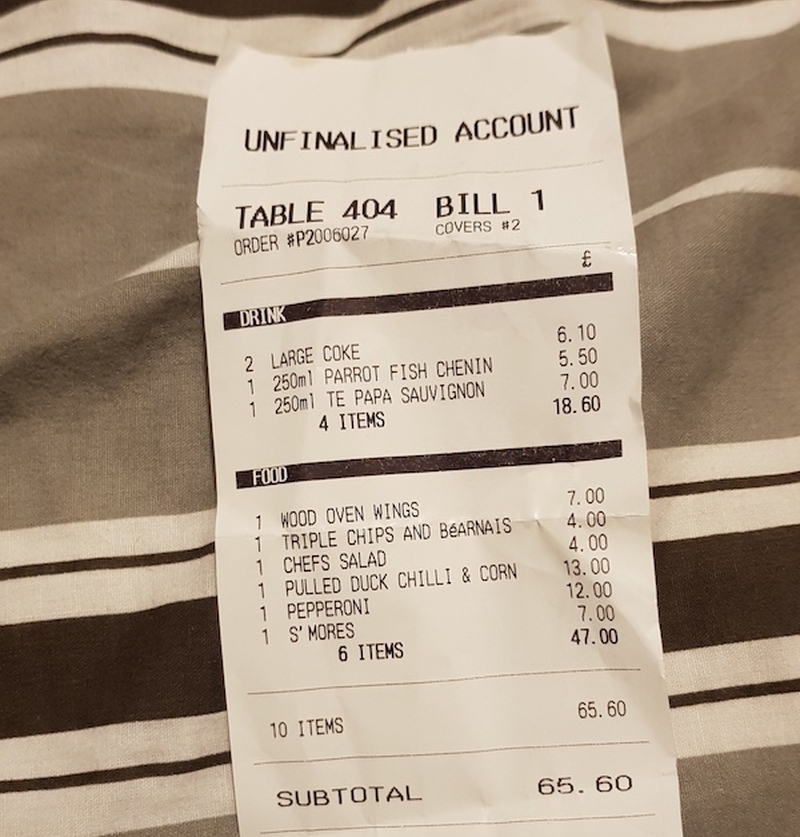