Last look inside Pogue Mahone as it closes for good

NOW that St Patrick’s Day is one of the most lucrative drinking celebrations - at least in the student calendar - the authenticity (or otherwise) of an Irish pub can often be a matter of concern.

After all, with drinkers’ Guinness-lubricated cash up for grabs, there has long been a temptation for pubs to claim kinship with James Joyce’s ghost while being rather less Irish than Jack Charlton’s green-shirted 1994 World Cup team.

Now, though, lovers of the non-Bleasdale black stuff have sunk their last in the Ropewalks venue. Its 20-year lease has expired and those hard-to-remember nights will now be lost to history.

For those who visited Pogue’s at any point during the last 20 years, the fuzzy recollections might include fiddles and tabors, Gaelic football on the big screen, stout and/or traditional Irish Jagerbombs, and a great deal of singing.

But for one Pogue’s veteran who didn’t just pop into the pub now and again, but lived in it instead, the now-defunct pub holds very special memories.

“My brother Mick was running Pogue’s in the early 2000s,” says Zippy Kearney, who comes from Cushendall, County Antrim, but who was once resident above the Seel Street bar.

“I came over from Cushendall with the intention of helping out for a few months,” he recalls, “but I basically spent six months in Liverpool drunk. It was brilliant.”

With memories that include characters with names like Smoky Joe, incidents involving “absinthe and something red”, and his brand new copy of Radiohead’s Kid A being flung across the street by his brother – “He said ‘We’re trying to get customers in, not frighten them off” – Kearney enjoyed his special time living alongside the pub’s high-spirited clientele.

“There seemed to be loads of Cushendall people living in Manchester at the time,” he adds, “and they were always coming over to Liverpool to Pogue’s.”

The pub, owned by Enterprise Taverns, has had an unwavering Irish management since 1997 when it commanded pole watering-hole position amid a job lot of dilapidated warehouses that no one loved or wanted.

The camera-shy Godfrey and Gerry were the latest and last landlords, seasoned hands in the pub game. Today they were overseeing a team busy packing up a vast potpourri of items that give pubs their real spirit: in this case mirrors, Tricolours and Gaelic football shirts - all under the watchful eye of a fine wooden toucan perched on the parched bar.

Since the Pogue’s team announced the pub’s immediate closure on its Facebook page, thousands of people have reacted to the news with an array of emojis – mainly tearful, angry or shocked. There’s one "laughing my head off" symbol too, though surely that can be traced back to a particularly hilarious night.

There are other Irish pubs in Liverpool, of course, but only Pogue Mahone had a name that literally meant “kiss my arse”. And rather like its musical namesake, Pogue’s had a habit of prompting people without a drop of Irish blood to contemplate a transfusion sourced direct from Dublin, just so they could authentically share in the craic.

Not that the craic was jealously guarded. In Pogue’s, the easy laughter was for everyone, and that was key to its 20-year story.

This was not a pub that dealt in craft beers, real ales, or other chin-stroking potions. As in most of Ireland, its stock-in-trade was keg Guinness, served as if no other stout had ever been brewed.

Yet With the gentrification of what is now called Ropewalks almost complete, it's hard to see how or why Enterprise Taverns would not go with the area's unabated hipster flow. The rumour is that they will continue to manage their unlikely pot of gold. Location is most things, but not everything.

Tasting notes and beer ticking weren’t the point of Pogue Mahone. It might sound a bit like arse kissing, but just being there made people glad to be alive. 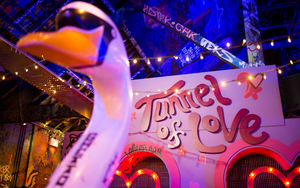 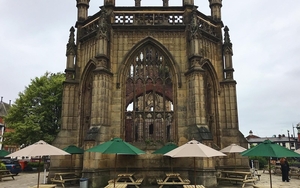