Ten new Liverpool bars and restaurants you may not know about

Get ready for beetroot buns, taquerias and plant based chippys

You’ve been to Almost Famous a trillion times. You know the menu at Fazenda like the back of your hand. You’ve had Moose pancakes for breakfast more times than ya ma’s had hot dinners. You’ve eaten your way around the Baltic Market and back round again. Twice. While the golden oldies are golden for a reason, it’s always good to shake things up a bit and try somewhere new from time to time and believe us, there’s plenty in this city to choose from.

Here are some more of the new and upcoming bars and restaurants in Liverpool that you need to familiarise yourself with, like, right now… 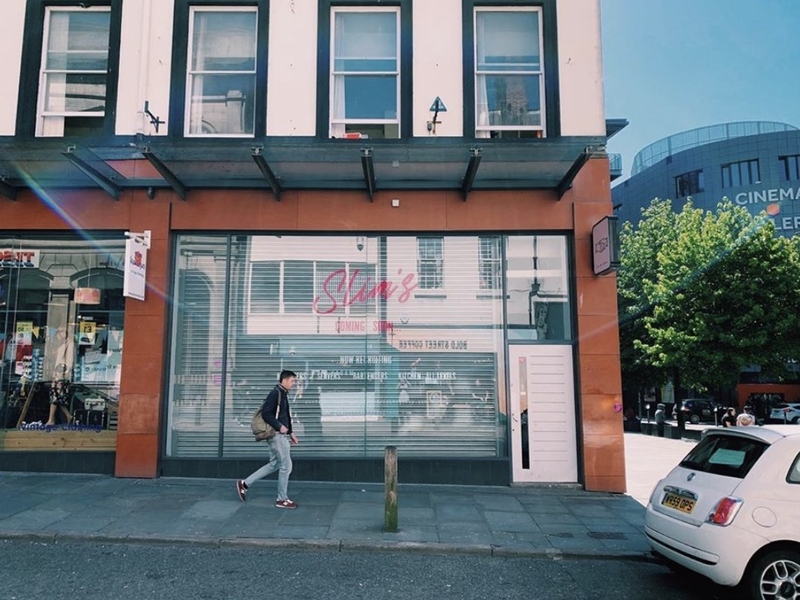 Remember when Slim’s Porkchop Express closed on Seel Street and an entire city was left bereft? Well dry your eyes, mate(s) because shapes have done some shifting and Slim’s is back with a whole new identity. This time, the group behind the likes of Santa Chupitos, Salt Dog Slims and Duke Street Market are bringing a taste of the New York diner scene to the former Love Thy Neighbour venue on Bold Street. Opened just last month, Slim’s is already proving popular with the Instagram crowd for its trendy white tiled walls and neon tube lighting. Foodies are flocking too to get a load of the health-conscious comfort food, featuring pink beetroot buns, bottled cocktails, roasts in metal trays, chicken ‘n’ waffles and of course, the classic Reuben sandwich. There’s plenty for vegans and veggies to get a load of too. 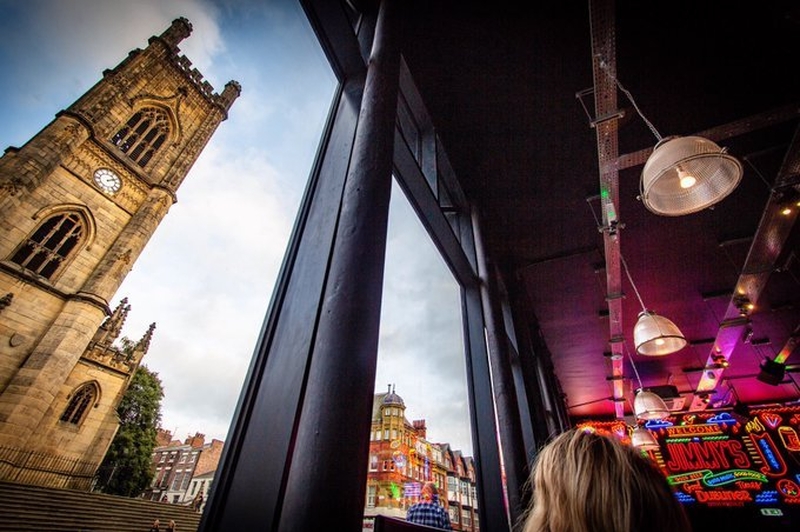 The new Jimmy’s bar at the very top of Bold Street is old news now, we know. It opened way back in summer and you’ve already had at least five nights out there – thank u, next. Wait one hot minute though because there’s something you might not know about Jimmy’s Liverpool… It is just about to open the top floor of its three-storey venue (formerly the Cabin Club) as a brand-new eatery with unrivalled views of the beautiful Bombed Out Church. We’re talking comfort food recipes straight from Momma Jimmy’s kitchen (grilled meats, homemade pizzas, tacos) and what the owners are promising to be the city’s best Sunday roast yet. Bold claims indeed. 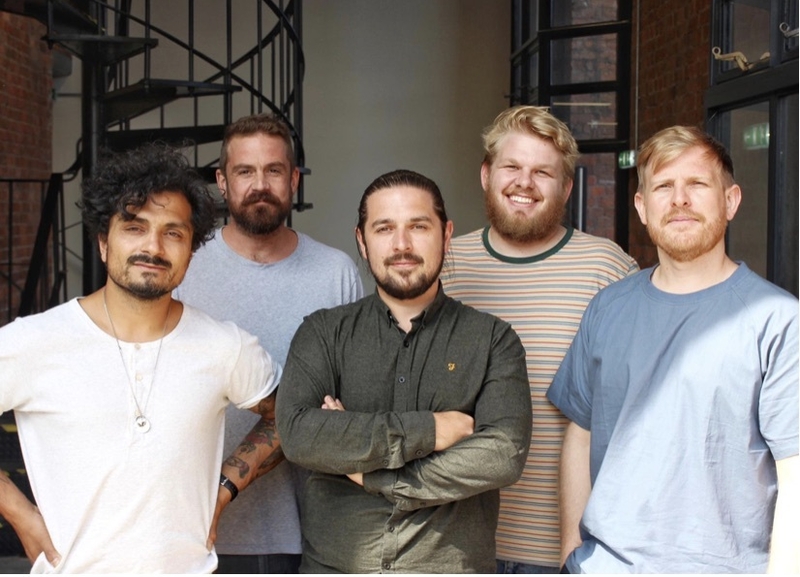 Where: Somewhere in the Atlantic Pavilion, Royal Albert Dock

It’s got a giant Ferris wheel, a food market, an award-winning chippy, a world-renowned art gallery, an Italian, a Thai café, a middle-eastern small plate restaurant and it’s even had a floating cinema – what could the Royal Albert Dock possibly be missing? Ah, that’s right – a slammin’ (pun intended) taqueria and tequila bar! That is set to change later this year when Madre is launched by the brains behind Belzan and Volpi. Expect two floors of tacos, tequila, mezcal, margaritas, craft beers, natural wines and authentic Mexican fare from sharing plates to late night snacks. 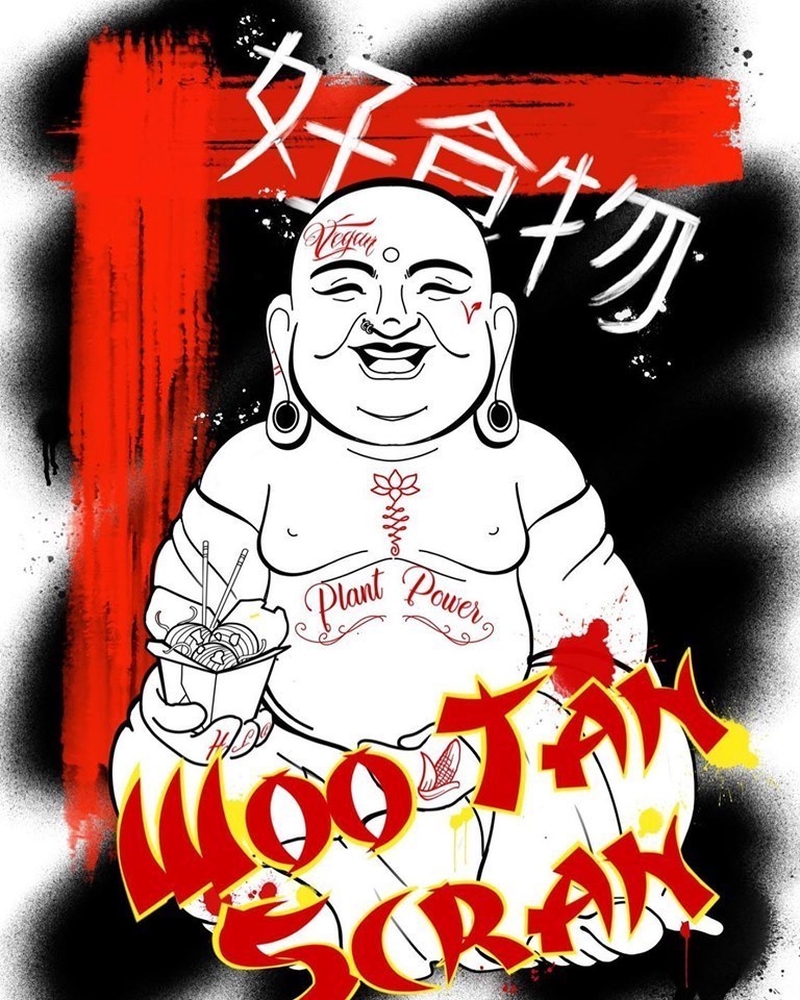 Where: Somewhere on Lark Lane

This drop is so fresh that we’ve barely got any information to go off but we’re still as excited about it as we are about flippin’ Christmas. Six words: plant-based chippy on Lark Lane. All we’ve seen so far is a big fat smiling buddha on Instagram with a Post Malone-style face tattoo saying ‘Vegan’ and some more belly art emblazoned with the words ‘Plant Power’. Woo Tan Scran (what an epic name by the way) is coming from the legends behind Duke Street’s veggie junk food joint, Down the Hatch. It will be offering authentic, homemade meat alternatives to Liverpool chippy classics using environment-friendly recipes. 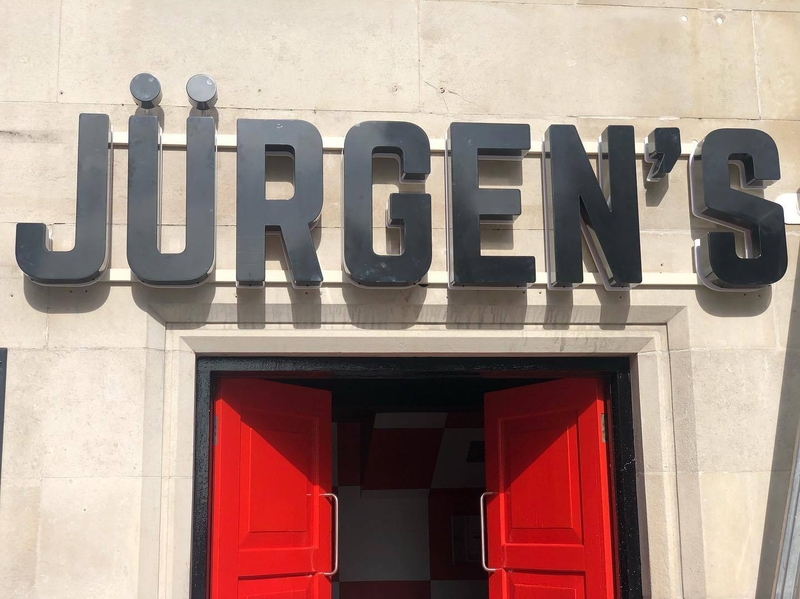 Okay, so this one definitely won’t be for everyone but if you’re fond of donning a red shirt from time to time, or you want to talk about six, baby then you might be excited by this one. A new LFC-themed bar has opened in the former Tom Halls Tavern on The Strand and it’s a Kopite’s wonderland. We’re talking wall-to-wall memorabilia, The King Kenny pizza, Hillsborough tribute mural and a giant portrait of Jurgen Klopp’s face painted by local artist, Paul Curtis. The venue, which is facing the waterfront, is split into the main bar area and the ‘Boot Room’ which will cater for sports dinners, charity events and the like. Allez, allez, allez! 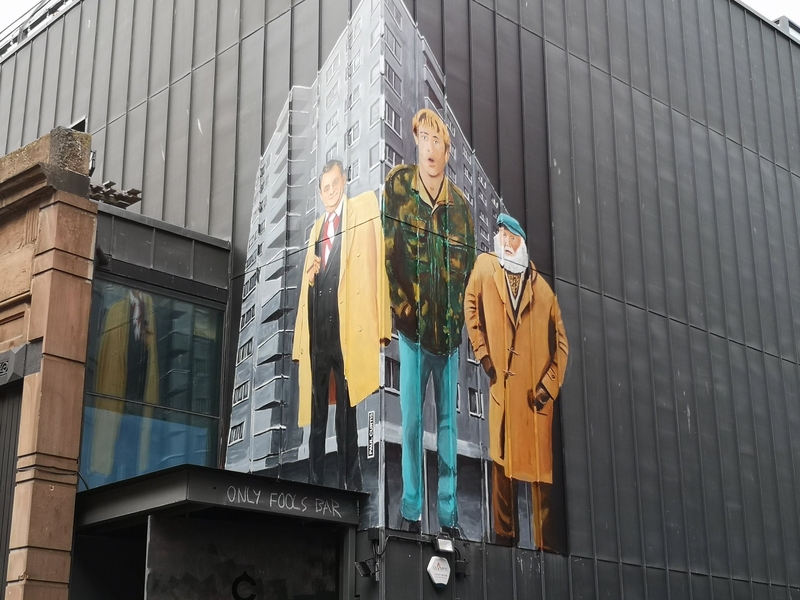 What: Only Fools Bar

The Baltic Triangle is home to the ever-popular Peaky Blinders bar and the city has been known to boast a Home Alone themed bar during the festive period. So, what’s next on the TV and cinema-themed agenda for the city then? Only Fools and Horses, duh! There’s already a massive Only Fools and Horses mural, by local artist Paul Curtis, where Circo used to be on Seel Street, which marks the spot of where this new immersive experience is going to be. Teasers ahead of the opening are promising Del Boy-themed cocktails, recreations of iconic sets and a fully functioning Nag’s Head bar. Anyone else suddenly got a hankering for a Tia Maria & Lucozade? 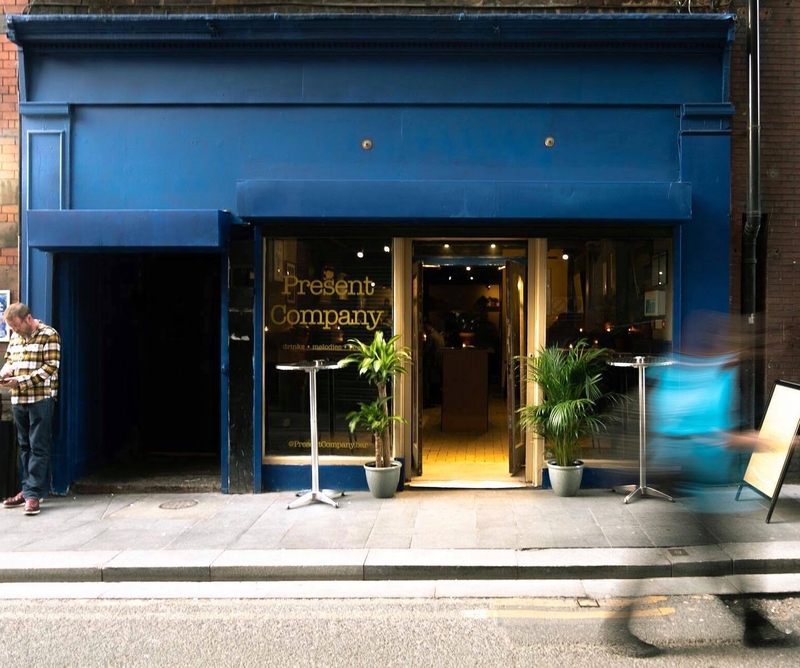 Remember that old Hole in the Wall café behind Primark with the big black and white signage? Well, that’s gone now and it has been replaced by a petrol blue cocktail bar going by the name of Present Company. It got its name after the owners got all warm and fuzzy over the feeling of great nights out with even better people, n’awww. They actually launched the bar back in May but kept it’s reveal modest, just like the cocktail menu which is a small list of top quality, refined recipes. Some of the UK’s best mixologists will be staging takeovers in the confines of this sophisticated little establishment which definitely has a Downtown New York or central Kreuzberg kind of cool about it. 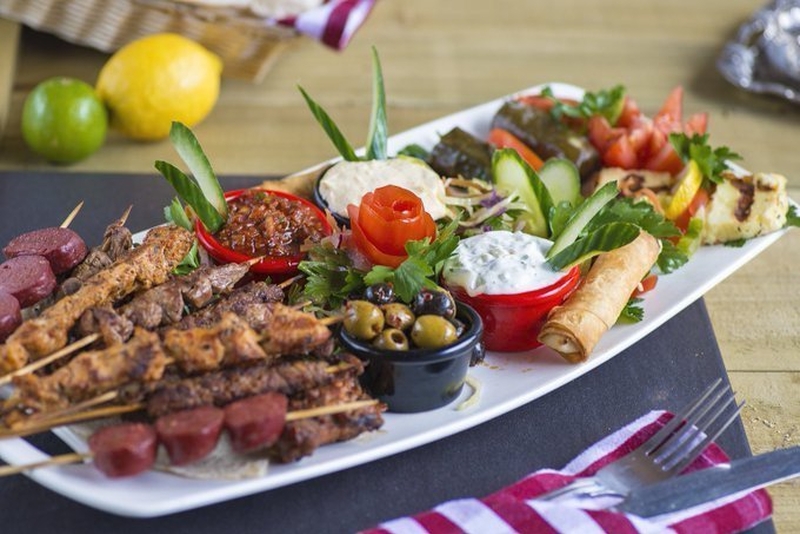 The Istanbul restaurant in Woolton needs no introduction. It has been an absolute smash hit with the locals since it sizzled onto the scene in 2015 with an authentic menu of Turkish and Mediterranean delights. So popular in fact, that the team are now expanding with a whole new restaurant onto the bustling stretch of Allerton Road and if social media is anything to go by, the entire city is excited about it. Istanbul Allerton will be making its home where the former Aroma restaurant used to be. Expect more of the same delicious dishes, including the Beef Istanbul Burger, the infamous Blue Lagoon salad and of course, THAT Turkish Breakfast. 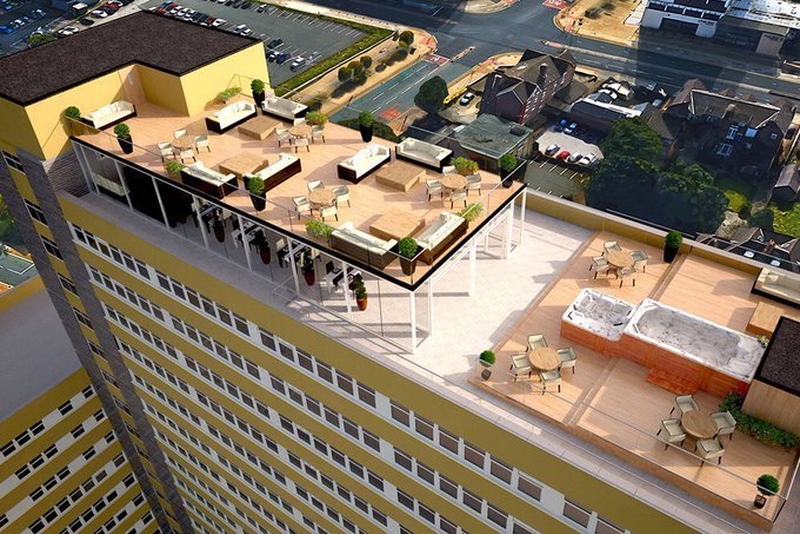 The Daniel House hotel in Bootle has been teasing the opening of its rooftop bar and grill, 14 for quite some time now but it seems we’re edging closer and closer to lift off. The website has been luring us in with CGI plans of the newly developed rooftop which boasts a range of outdoor seating spaces and even a couple of jacuzzis. It also describes how 14 will be enticing visitors with “an exciting menu of handmade dishes, delicious cocktails and drinks”, while specialising in brunches, rotisserie chicken, afternoon tea and Fizz Fridays. As the name suggests, 14 will sit on the fourteenth floor of the venue and offer unmissable panoramic views of the city’s iconic skyline. Now all that’s left to do is wait tentatively for the grand reveal… 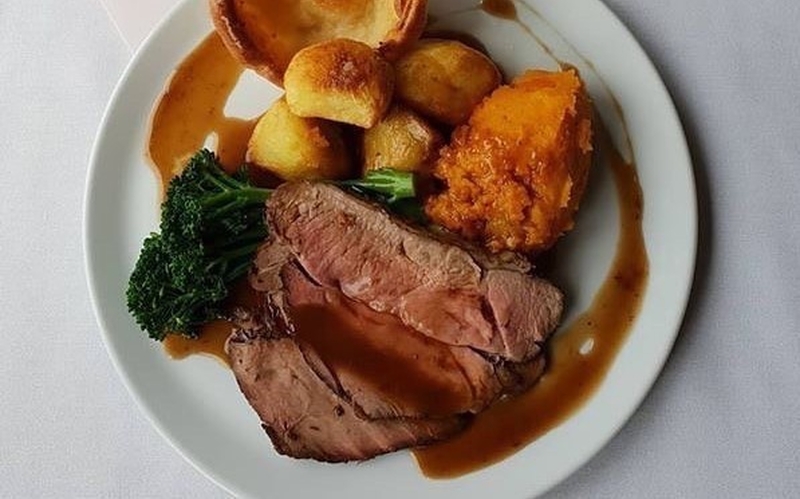 Earlier this year, a mother and daughter duo to be reckoned with bought the Verdant restaurant on Allerton road. The pair have kept the restaurant ticking over as one of the most popular party events this side of the Mersey. However, at the start of this month Verdant was transformed into the beautiful new Bloom bar and bistro. The space itself is brighter and airier to match a revamped menu which features lighter, healthier options. Verdant veterans fear not though for the Instagrammable floral ceiling, Sunday roast and famous steak dish won’t be going anywhere.

Liked this? Read eight new restaurants and bars we told you about last month