It boasts the best Indian street food in Liverpool, but how fab, really, is it? By Angie Sammons

IT spent so long as the Number One ranked restaurant on Tripadvisor that I almost began to believe it myself.

And, judging by Yukti’s 2014 proclamation in the local press, how it fully intended to earn a Michelin star in the next three years, so did they.

That Yukti “Art Kitchen”, sitting across from the lost tram sheds in my childhood home of Old Swan, was not only the best curry house but the finest restaurant between here and Longview, was quite the plaudit.

So one lost weekend we caught the 68 there.

It took Yukti “Street Fusion” most of 2017, a similar length of time to that bus ride, to set up shop in town:  destination Renshaw Street. With a couple of long established Indian restaurants along there already, it’s less a curry mile, more a curry furlong.

Only a builder, working on one of our many glorious blocks of student flats, could get through this lot in one go

The only evidence of YSF’s impending arrival was a banner, which went up in January last year, across the boarded up window of an abandoned unit. By September, still no movement. At this rate it would miss the “street food” boat all together. Then what?

In November, when the doors finally opened, we found out what:  a Beatles-themed curry house. Just what Liverpool needed.

It’s an easy leap: after all, George Harrison forged deep links with India, from collaborations with Ravi Shankar to that famous Summer of Love dabble with Sexy Sadie himself, Maharishi Mahesh Yogi.

However if you were expecting Within You, Without You on loop, you would be wrong. A more populist, early Beatles line was drawn: Fenders and Gibsons adorning the walls, portraits of John and George, all suited up, when they were Fab, and music, accordingly, more guitar than sitar: in fact an unrelenting mop top assault on the ears all night long.

But all things must pass and, it seems, customers took issue. It's all too much, they said. Now Yukti has changed its tunes to the rather more traditional Indian sort.

This volte face does rather help focus your mind on the matter in hand, the food which, they boast, is "Best Indian street food in Liverpool".

Indian, Keralan, Sri Lankan and Nepalese dishes, tandoori staples, biriyanis, familiar curries and those smaller, stall-sized bites fill the menu. In between, an authentic and imaginative selection of non-meat plates. 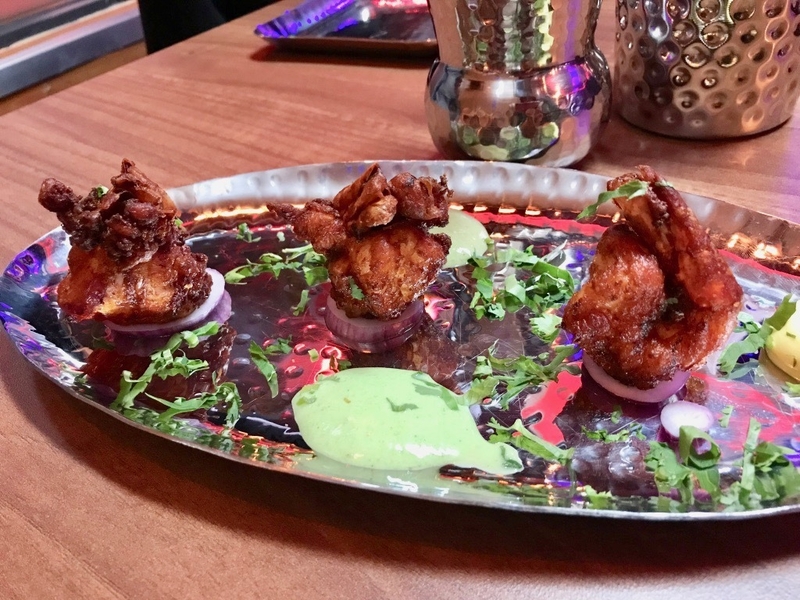 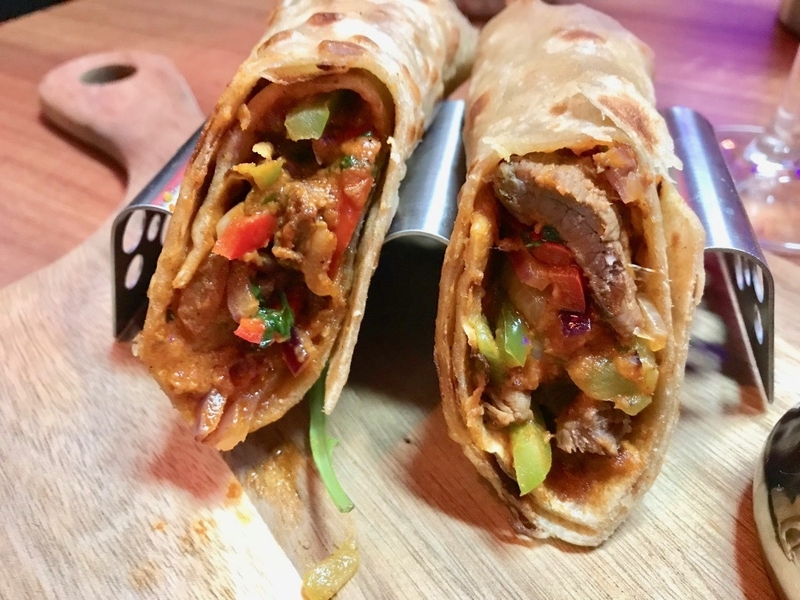 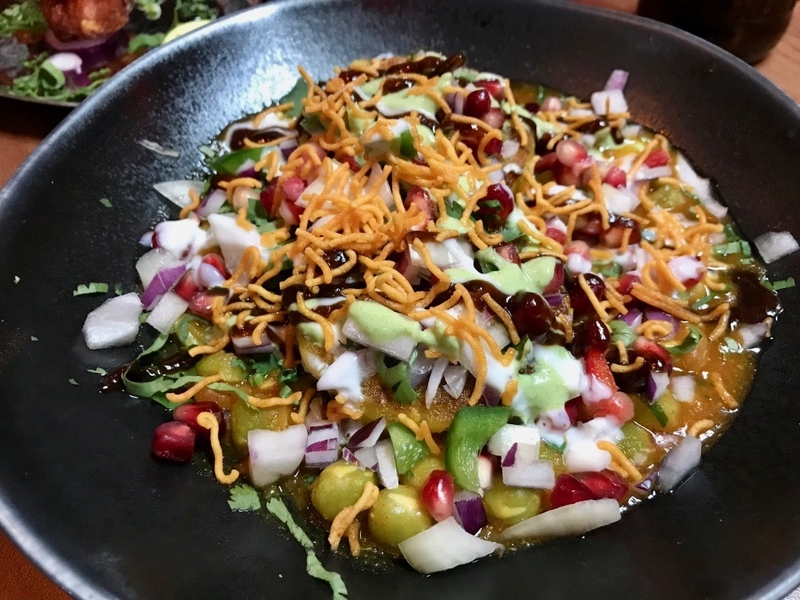 We begin with juicy, deep fried Bhurai king prawns from the street food section. At a memorable £11.95 for just three, I am not sure exactly which street they’re aimed at: Wall Street perhaps.

More in keeping with the beat of the pavement are excellent ragda patties (£5.50) evoking all the vibrancy of the subcontinent: spiced potato fritters with a marrowfat and chickpea stew. There’s a skilful use of tamarind, fresh onion, pomegranate seeds, ribbons of coriander, a scattering of Bombay mix and two sorts of chutney.

Humble mutton and spuds, which might be a Sayers pasty in these stony culinary climes are nothing of the sort in the hands of the Sri Lankans who spice theirs, coat them in a light breadcrumbed batter and head for the deep fat frier. Yukti’s version, mutton rolls (£3.95), are bone dry, crunchy, sweet and giving.

You won’t go far wrong with the charcoal chicken wings (£4.50), perked up with a guntur chilli paste. However it’s the Indo-Chinese beef kati rolls (£4.50) I would go back for in all their caramelised onion, green and red pepper finery; ginger, garlic and a delicate chilli sauce, swaddled in a soft, leavened wholemeal bread. On the side, a dense swamp of zesty mint and coriander to mop it in. 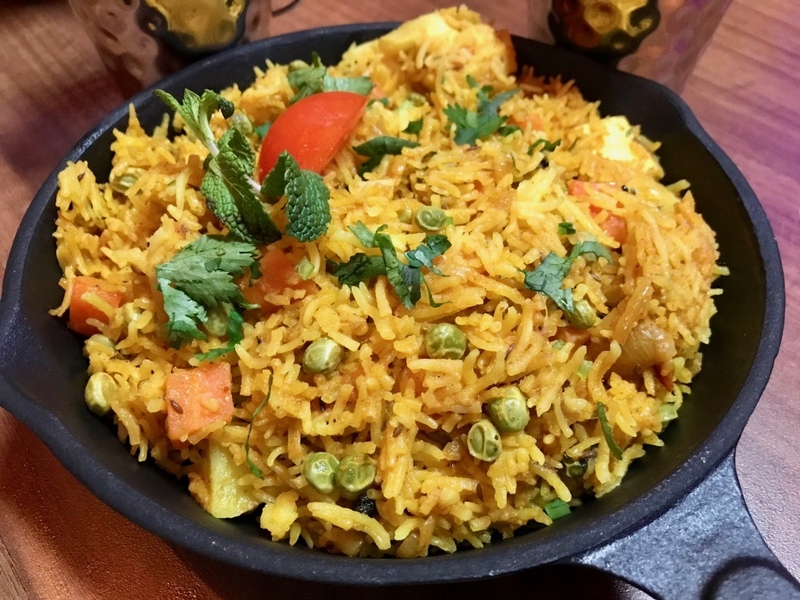 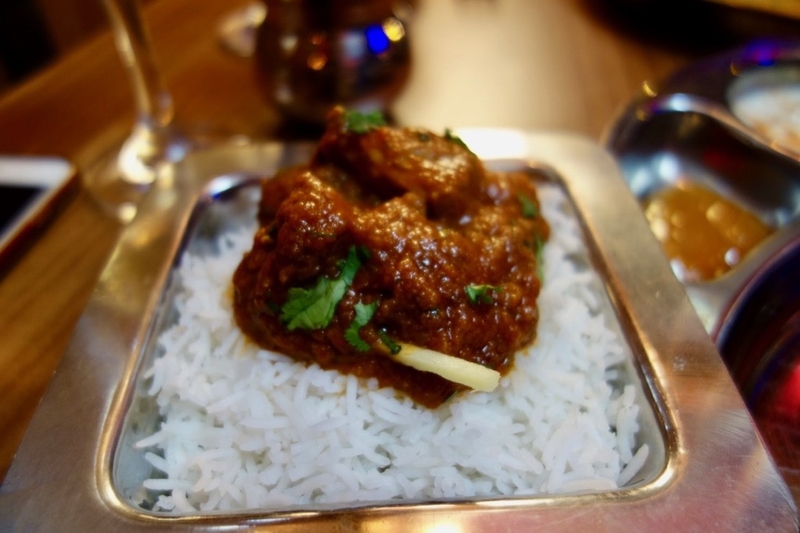 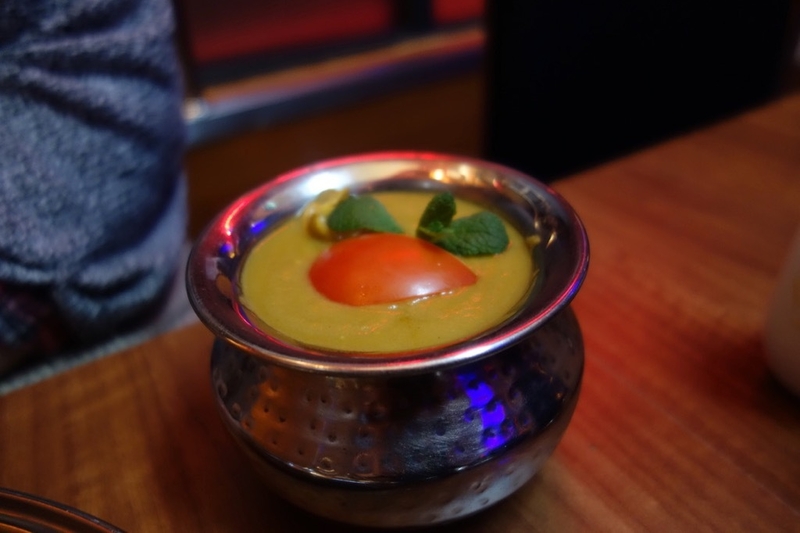 A credible vegetable biriyani (£8.50) is as vivid as you might expect when whatever seasonal, organic matter to hand is paired with mint, rose water and saffron. A medium sauce and a raita are served separately. Only a builder, working on one of our many glorious blocks of student flats, could get through this lot in one go. And so the next day it proves a welcome hangover surprise in the fridge (the biriyani, not the builder).

Three “thalis” are a more mixed bag. A hasty hand proves the downfall of a lovely, rich lamb rogan josh (£11.50) whose tense flesh needs, at the very least, another half-hour simmer and a good rest before being allowed onto the pass. You can’t hurry a curry.

Meanwhile, chicken korma (£11.50) a wonderful, creamy jewel in the Indian cookbook, is puzzlingly lacking in lustre or any discernible flavour. We wonder if it is aimed at the sort of customer whose shyness for spice verges on phobia. And let’s face it, we all know one of those. If that is the case the kitchen has triumphed, there's more punch in a Liquorice Allsort.

Any wobble is redeemed at the finishing line with gulab jamun (£4.50), deep fried roundels made from milk solids, light as air, soaked in sugar syrup and served with vanilla ice cream. It’s a gorgeous little number.

Service from manager Shishu, a man who really does care, is knowledgeable, attentive and generous. And it’s all very honest food, a couple of mistakes but no lack of imagination or flair.  However to be certain, head for the smaller dishes. 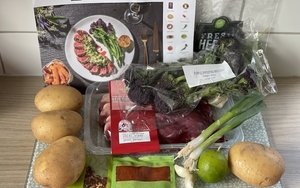 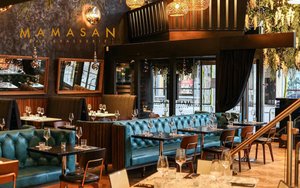 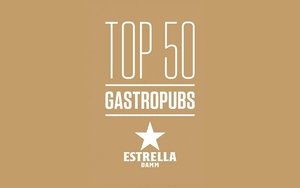 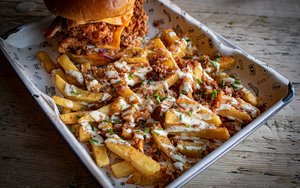