VISITORS to a newly-opened city centre venue claim to have experienced a mysterious, unsettling and really rather nice phenomenon.

Patrons of The Pen Factory report that upon entering the premises they become aware of key facial muscles – later identified as the zygomaticus major and the obicularis occuli – becoming involuntarily activated. In other words, they can’t help smiling.

Witnesses have noted this occurrence on even really grumpy faces, But not botoxed ones.

The smiling thing is followed soon after by feelings of profound peace and goodwill toward all men, though particularly Paddy Byrne, owner/ proprietor of the Hope Street gaff.

A salad of lentils, chickpeas and grated carrot is the best thing with two pulses since David Tennant as Doctor Who

Some have gone as far as to declare it a Christmas miracle and, while I am unable to verify this, I have been down to investigate and blow me down if it didn’t have the same effect on me.

Word reached Confidential recently that an underling at a rival establishment to Byrne’s, one not a million miles from it, stole a glance through the door of The Pen Factory on its resounding opening night, and declared it “just another basement bar”.

In a way, he was right. Then again, he could not be more wrong.

The Pen Factory has all the accoutrements you would expect of a contemporary bar/restaurant in the provinces: open kitchen, exposed ducts, chairs, that sort of thing.

None of which even start to explain the mood-altering experience of lunch; the downbeat state of mind I had begun the day with replaced by a feeling of elation as I left that even a double dose of caffeine couldn’t account for. From crappy to happy in under an hour; in Hollywood, they pay top dollar for that kind of therapy.

Certainly the food, which is generally very good, was a factor. Also the light, which streams in from their very own secret garden and from Hope Street, which can be glimpsed from below stairs, as from a lift stopped between floors.

But there is something else about the place, another element you can’t put your finger on, an alchemy not to be found in the colour of the paint (terracotta, by the way), or the log burner, or the odd relic from the building’s light industrial past, but which has caused many of those touched by it so far to declare that coming to The Pen Factory has felt like coming home.

Sorcery of this sort calls for talent and the evidence points to Byrne who imbued his last place – the old Everyman Bistro – with a magic that took flight the day they shut up shop. Two doors down, he’s doing the same again.

And to think our visit began so unpromisingly, the word “disappointment” offered as an option before even we’d walked in. A notice on the door warned of a limited menu “due to circumstances beyond our control”. They were sorry “for any disappointment this may cause”.

It transpires that sickness had been visited upon all the kitchen staff except one, he being head chef Tom Gill.

We consulted a young female member of the front of house staff, whose numbers were depleted for the same reason. She breezily assured us that there was no cause for concern.

The moment I tasted the hummus, which soothed my worries like a mother’s embrace, I knew she was right.

Gill’s last job was across town at The Brink where, at the back end of 2011, Confidential was calling his budget cooking “some of the tastiest in town”.

Before that he was the man turning out the award-winning stews and salads for Byrne at the Ev. Now reunited with his old boss, the food here is different, more diverse and, dare I say, better. But still the same value for money. 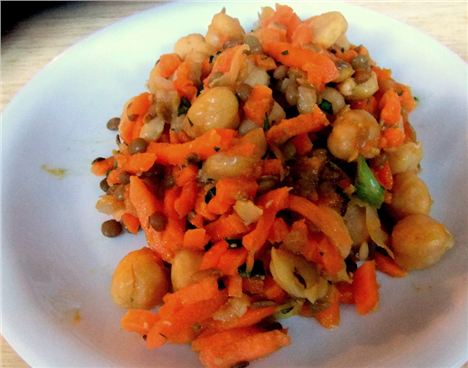 It’s not perfect, there are no great surprises, but there is much pleasure to be derived from food that has love and craft poured into it.

Gill’s is what is too easily dismissed as comfort food; it’s less about him, more about us, with a priority to satisfy first, impress second - much of it reminding me of another of Liverpool’s most fondly regarded chefs, Martin Cooper. 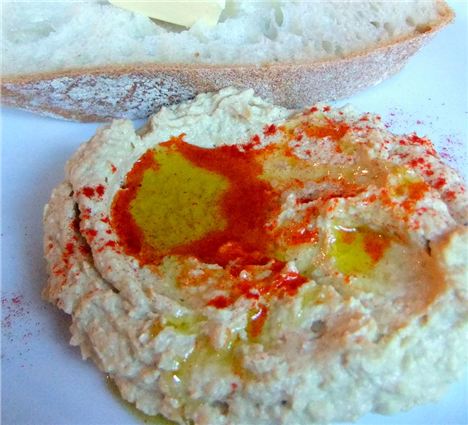 The hummus (£4), which arrives with excellent sourdough bread and butter, is gleaming, dressed with a drizzle of oil, a sprinkle of paprika, somehow managing the impossible trick of combining a pleasing coarseness with a creamy smoothness.

Courgette and feta fritters (£5), are gently spiced, soft and warming, the batter greaseless but lacking crispness, probably the only fault directly attributable to the kitchen and entirely forgivable on a day that the solitary chef was taking a battering of his own. Cooling, refreshing mint yoghurt is just the thing to go with them.

I can’t quite make up my mind about the cheese and onion crisp butty (£4): slabs of sourdough, slivers of red onion steeped in wine vinegar, a meagre slice of workaday cheddar, and crisps from a bag. Its place among the bar snack suggests we shouldn’t take it too seriously – more a pleasing solution to an attack of the munchies than anything approaching a signature dish.

A salad of lentils, chickpeas and grated carrot (£3) could be a vegetarian’s penance; instead it’s a treat, sparked into life by a light and spirited dressing – the best thing with two pulses since David Tennant as Doctor Who. 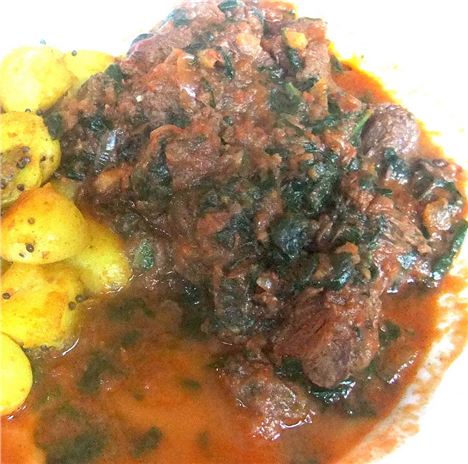 From the “larger plates” a beef saag dopiaza (£11) had an agreeably home-cooked quality, oil-free, with tender chunks of meat, served with spiced potatoes.

Mrs Grill went the next night and had so-so chorizo, then pot smokies – thick flakes of smoked haddock layered with oven-browned potatoes and leeks in a creamy sauce (£6) that was “pure solace”.

And aubergine parmigiana (£6) that is, she says, on a par with the version at Da Piero, the Wirral Sicilian beloved of the Michelin Guide. 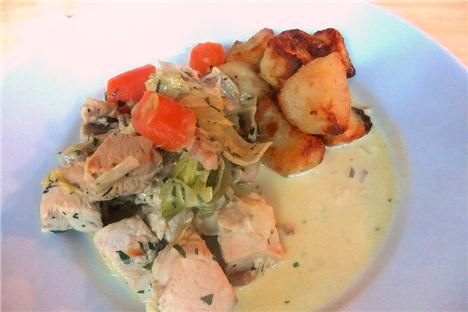 Plum and gingerbread slice (£3), light of touch, easy on the spice, is enough to suggest the desserts are not a weak point.

A word for the service, whose laid-back cheerfulness hides a cold-eyed efficiency. Either they are naturals, or very well trained. Possibly both.

The response to the closure of the original Everyman Bistro tells you how many hearts Paddy Byrne touched in his tenure there.

Now a new generation is set to fall under the spell of the old wizard himself.

All scored Confidential reviews are paid for by the company, never the restaurant or a PR company. Critics dine unannounced. 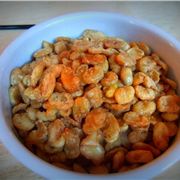