REVEALED: Bells ring out over Liverpool in five hour world-first

A WORLD-record attempt is to be made by bellringers at Britain’s largest church, Liverpool Cathedral, this Thursday to mark the 90th birthday of the Queen.

The team of seven ringers will bid to set a new record for the world’s heaviest peal of bells, a task that involves ringing the six heaviest bells for almost five hours on April 21.

What we are attempting has never been done before

The attempt comes 65 years after the Queen, as a young Princess Elizabeth, visited the cathedral to officially signal the first ever ringing of the bells in 1951.

Once the ringing starts at 10am, the team will have to continue through a range of over 5,000 changes, without a break or allowing a handover to other ringers.

The biggest bell, a tenor called Emmanuel, weighs 4 tons, measures almost 2.5 metres in both diameter and height, and will take two ringers to operate. The bells together weight almost 13,000 kilograms.

Len Mitchell, secretary of the cathedral guild of change ringers, said: “We are looking forward to this challenge on the Queen’s birthday, especially as she started the first ever peal of the bells just a year before she became our Queen.

Pull the other one: The Liverpool Cathedral bell ringers hard at it

Although the bells were installed in the cathedral tower in the 1930s, because of World War II they remained silent and were not rung until  November 17, 1951. The Queen and Prince Philip arrived on an ocean liner after a tour to Canada, and she came here to ‘open’ the bells at the cathedral by signally the first peal.

“We do what is known as traditional English ringing, which means each bell is turning full circle at 360 degrees.

“Ringing fewer bells in a peal makes it physically demanding for the ringers, even more so when it involves the six heaviest bells.  What we are attempting has never been done before.

“There are strict rules governing our attempt, such as the number of changes without a break, and we reckon it will take almost five hours without a break. Once we start we have to continue. If one person stops, the attempt comes to an end.

“We have been doing some practice in preparation for our world bid.

“Around the world there are 6,000 sets of bells, mostly in church towers, but around 97 percent of the bells are in Britain. It has always been an English thing, the so called, beer, bells and cricket."

The cathedral has a rarely rung 14th bell, Great George, traditionally used on solemn occasions such as the death of a monarch and sounded on the Hillsborough 20th anniversary. It weighs more than 14 tons and is the third biggest bell in the British Isles. 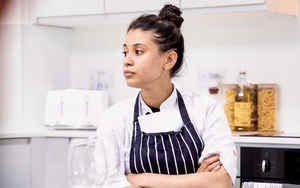