I REMEMBER the floor of my dad’s shed; it had paper-thin boards that were so frayed at the end you could see the flagstones 12 inches below.

Most of them stopped short of one another, like rotten teeth in a gritted mouth, and I would bounce on their tips - a seven-year-old high diving champion who didn’t have a pool to practise in.

We’d started drinking together once a week... him turning into to an old man, and me turning into a young man. A brief crossover when we would cease to be man and boy, and become that rarest of things: mates

There was one window, about 2ft square, that had long been cracked and seemed to be held together by a Castrol oil sticker and dirt. It sat to the left of the bench and I never got to see the view from it because it was higher than 4ft 6... and I wasn’t.

The outside was painted a weird shade of light green that would now be mixed for you in the DIY shop by a kid covered both in spots of acne and paint, or a pensioner who wanted to retire but couldn’t, so who recited the mantra,

“It keeps me active.”

So as not to go mad.

I’m guessing my Dad mixed the paint from leftovers of the many 19790s shades he’d splashed around the house in an attempt to make up for our lack of colour telly, and it seemed faded before it left the brush.

You had to lift and push the shed door and the latch never quite met the hasp due to those drooping hinges, and whenever you walked into the house from the garden, my parents always said that most secure of welcomes:  “Have you locked the shed?” in a way that made me think the Queen had left the Crown Jewels in there, next to the boxes of mixed screws and rusty cans.

She could have, because nobody ever broke in, probably due to the tiny padlock so small a sparrow could have forced it with a toothpick.

I used to love going in the shed, I can smell it now, it smelled of damp wood, oil and adventures. It wasn’t just a shed to me, though; it was a starship, a pirate ship or a prisoner-of-war camp.

I merely had to dream.

Sometimes, on rainy days, I would stand in the shed doorway, listening to the pitter patter on the tar-coated roof, enjoying the sensation of being a kid out in the rain without anyone shouting me to get in before I got wet.

I’m 45, and I still enjoy that feeling. Still a kid in the rain.

I’ll make a confession here, one that has been a secret for over 35 years, kept between two people until now.

I broke my dad’s drill in that shed.

Or rather I broke a hair-like drill bit he had in an old fashioned “bit and brace” thing that Noah must have used on the ark.

It was the end of one of those long days that were just starting to shorten as August gave way to September. I’d already been shouted in twice but I knew I could get away with a couple more calls before my mum came looking to drag me into the kitchen cornering me with a brick of green soap telling me to "wash your face and hands” with a stinky dishcloth that was probably a pair of old knickers boiled in bleach, just to make them scrape across my face even more.

I found the drill lying in an old tool box, burnished black with 3in1 oil and a million turns of the rickety handle that moved the cogs that turned the bit. I held it up, like Indiana Jones, and inspected it like it was a rare object, slowly turning the rattly handle as the temptation to drill something became too much to bear.

I had to make a hole in something.

I looked around the shed and settled on drilling just one hole in the nearest thing to me, the thick wooden bench. I placed the bit against the wood and slowly turned the handle.

I can’t remember if I was “doing” voices as I drilled, I probably was though; I was fond of voices and had a collection of Americans and Germans in my repertoire. I probably told people to “stand back, I’m going in” or words to that effect. I’m guessing my little mad mind was on a journey to the centre of the Earth, or maybe defusing a WW2 bomb. Even brain surgery wasn’t out of the question: behind me I would have imagined a crowd of people straining to see while admiring my bravery or expertise.

I was enjoying myself right up until the drill bit plinked into submission and I was left with half of it stuck in the drill, and the other half sticking out the bench. 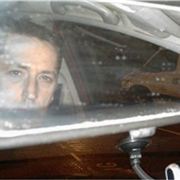 Tony SchumacherI can still remember the cold hand of fear that gripped me, the coldness at the top of my stomach like it was wide open and exposed to an Arctic wind. It lasted a second before it became panic. I dropped the drill and pulled at the stub of the bit that stuck out of the bench like a stubborn weed. My fingers tried to grip the metal but hurt as they slid up the steel making me feel like an imposter at the sword and the stone. I quickly realised nothing was going to pull that bit out and grabbed a hammer, driving it into the wood with a couple of hefty two handed thumps.

Like a murderer in a mystery play I took the drill itself and secreted it behind some old timber, out of sight, surveyed the scene, took a deep breath and went into the house to wash my hands.

I’m sitting here now, reading this, amazed at my coolness under stress. The only conclusion I can draw is that I must have been a calculating little bastard because I managed to behave normally enough for my mum not to become suspicious and the drill and snapped bit was never mentioned again. Well, for about seven or eight years anyway.

I don’t know why it came up that night, sitting with my dad in the pub. I wasn’t drunk, I didn’t get drunk with my dad. We would only have two pints and then he would go home and leave me to my mates to sort out the drunk thing.

We’d started drinking together once a week, him with his mild and me with my lager, sitting and talking, getting to know each other, him turning into to an old man, and me turning into a young man. A brief crossover when we would cease to be man and boy, and become that rarest of things: mates. 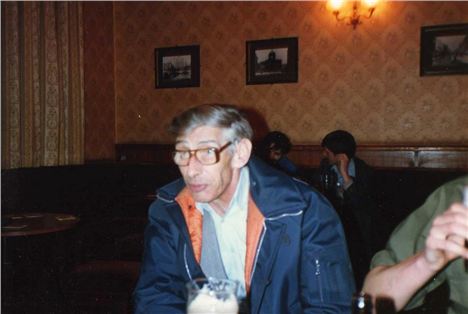 It didn’t last long, he died soon after, cut short on a journey, snapped off like the drill, long before its time, hammered into some wood and buried out of sight.

I remember I told him about the drill and he just smiled, took a sip and nodded his head.

“I know,” he said; a man who used words like they were rationed and who spoke softly so as not to scare the next one off.

“I found the drill behind the wood where you hid it. Thanks for telling me though.”

I think I laughed it off, I know I shook my head and I also know he just kept smiling and took another sip of his pint.

It was only a tiny thing, no big deal, a couple of pence lost down the years like change down the back of the couch. But it had bothered me, like the tiny drill itself was stuck in me like a splinter.

Someone told me a secret not long back: this time it was bigger than a tale about a drill bit. This time it was story about a secret lover and the impending trauma of being found out.

The secret was crushing them under more weight than a rolling ocean and dragging two families down to the depths, maybe to be lost forever.

They cried when they told me and I did my best “Dad” impression by letting them speak without casting judgement.

It wasn’t as easy as I thought.

I advised them to “get it off your chest and come clean, you’ll feel better".

Two people jumping into bed and keeping it under the covers was never going to work, and  it was daft of me to advise them that telling the truth would improve matters.

Maybe next time we will all look before we leap.

The hottest new restaurants and bars to visit in Liverpool
● / Film