‘Handymans Supermarket", declares the sign above the door. "Established 1962".

Pity the poor handy men and women who now roam Smithdown Road, new to the area or otherwise ignorant of its changing character, who spot this distinctive temple to the art of DIY and imagine it contains all the Polyfilla and rawlplugs they could wish for.

Here, surely, they will find four candles, or fork handles, along with all the other homophonous hardware they might need.

But as everyone over this side of Liverpool knows, the Handymans Supermarket (officially no apostrophe) is no longer what it says on the tin. From the street it may appear that the decades have left its exterior untouched and its function unchanged, but behind the ancient, peeling façade with its curious curved profile and decorative horse’s head, there now lies a completely different means of getting plastered.

True, you can still spend a night on the tiles if you want to, but you no longer need any grout.

If everything initially seems a little too stark to make you want to stick around, the bar line-up immediately hints that it might be worth staying a little longer

Although you wouldn’t know it simply by reading the street-facing signage, this local landmark is no longer a hardware shop, but a pub. Gone are the shelves of bathroom sealant and the racks of four by two. In their place sits a hefty central structure housing a bar and, up aloft, a fully kitted-out brewery, all within a stripped back, brick walled warehouse. There are spindly tables and science lab benches, patches of crumbling plaster and an industrial fan hung above the door, with an events space round to the rear.

And in its retention of elderly features and simultaneous creation of a refreshingly novel drinking space (novel for this end of town, at least, though reminiscent of Camp & Furnace or Constellations) it is both artful and rudimentary; a lesson in how to achieve plenty while seemingly not doing much at all.

Though if everything initially seems a little too stark to make you want to stick around – and, I have to admit, that’s my first thought – the bar line-up immediately hints that it might be worth staying a little longer.

The choice doesn’t overwhelm, but on my mid-week visit there are four decent cask ales on hand-pull along with plenty of choice on keg, including some real curiosities, and a very healthily stocked fridge full of bottles. 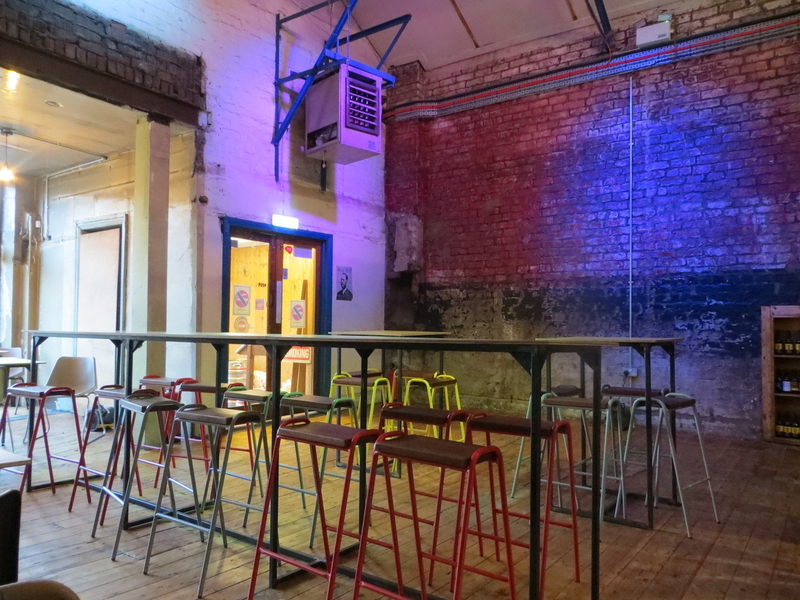 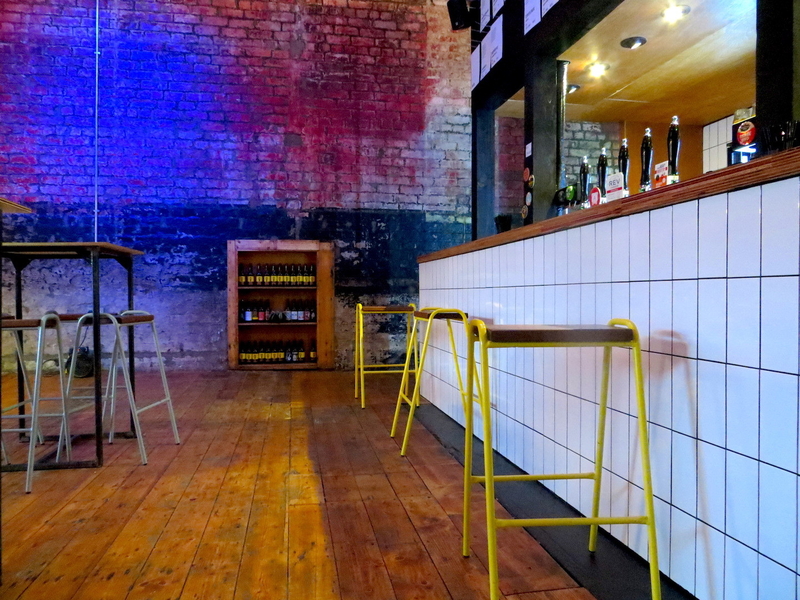 True, there are a few familiar mainstream names on offer too, indicating that Handymans is for everyone and not just enthusiasts, but with the likes of Chapter Brewing’s refreshing celery sour beer and Tiny Rebel’s Stay Puft marshmallow porter on tap, this is clearly a bar that invites exploration.

Both those beers find their way into my glass eventually, but I open my account with Liverpool Craft Beer’s Little Albion (cask, £1.80 for a half), a copperish pale ale at 4.4 per cent ABV. Its sweet malt body comes topped with a marmalade tang, and it makes a pleasing accompaniment to the setting sun shafting through the padlocked wire window mesh that remains from the building’s long-lost DIY days.

Handymans doesn’t do food, but there are snacks dispensed in the kind of brown paper bags that would once have carried 20 shiny masonry nails or drill bits in a multitude of widths. The generously spiced chilli peanuts are particularly good, leaving a tell-tale trail of potent orange powder on the fingers, like Wotsits in days of old.

The celery sour, aka Roadside Picnic, is a stunning beer, one of the hits of the Liverpool Craft Beer Expo back in June. At just 3.8 per cent you could drink it all day, though at £4.50 for a half, you might quickly change your mind.

Served on keg, you’d expect to pay a premium, but this is undoubtedly expensive for a session strength beer. Taste it though and maybe you’ll think differently, or at least you’ll give it the benefit of the doubt. Dry and savoury and lightly salty, it’s like liquid Kettle Chip, one of the most unusual beers I’ve had all year. 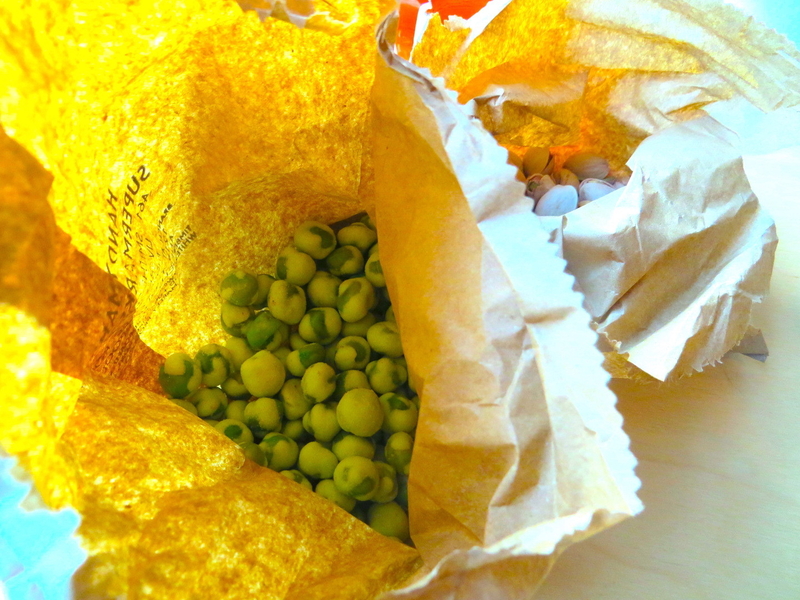 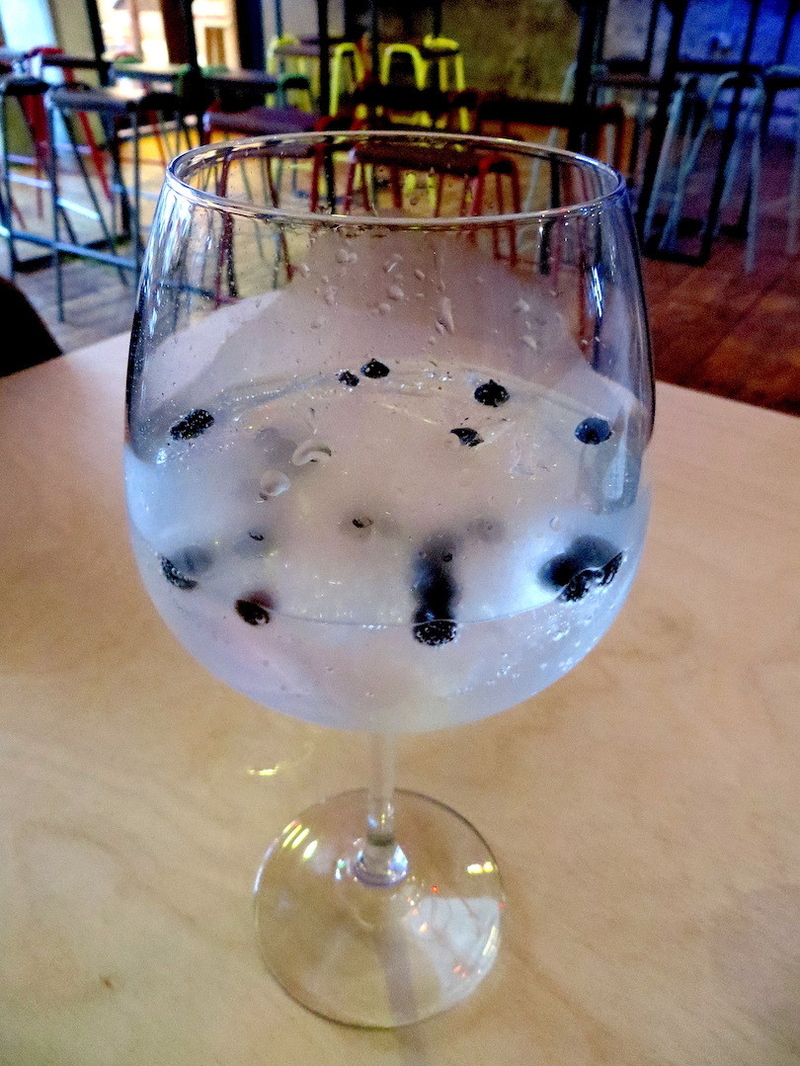 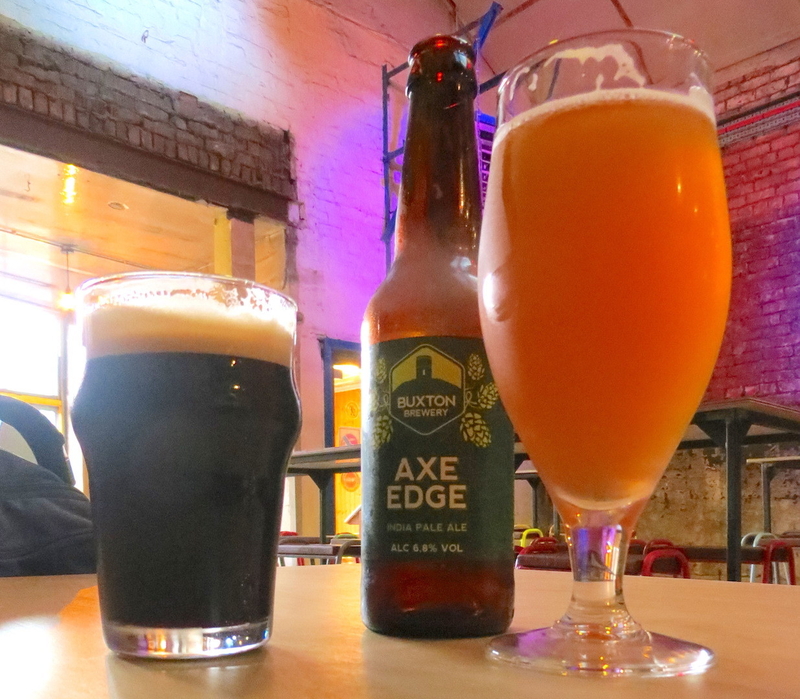 Even the Stay Puft marshmallow porter (keg, £4 for a half) seems a little humdrum after that, though tasted objectively, it’s a superb dessert of a beer – like stout mixed with custard, luxurious without tasting too sweet.

A bottle of Buxton Brewery’s brilliant Axe Edge IPA (£6) helps to make a night of it. A punchy citrus orange pale, it carries its 6.8 per cent strength reasonably lightly and bears comparison with the genre’s best. Just don’t dwell on the fact that you could run round to the Penny Lane Londis and get the same beer for… oh, just forget it. It’s the hastily abandoned DIY-trade-counter vibe you’re paying for, after all.

And just like a normal pub – one that doesn’t look like all the fittings have been robbed – it sells other drinks too. The abundantly stocked gin shelf is particularly intriguing, with Edinburgh Gin’s rhubarb and ginger concoction (served with Fever Tree tonic, £5.50) proving to be a delicately sweet, rosy delight. The Bloom distillery’s London Dry Gin (also £5.50) hails from the perfumed paradise that is Birchwood Business Park in Warrington, and is a more familiar-tasting affair, while still hinting at fragrant origins more exotic than a roundabout off the M62.

For a while now, there’s been a sense along Smithdown that its decades of dowdiness have been overdue an upturn in fortune. The portion from Asda up to Parliament Street has been dreadfully ill-treated and remains shockingly depleted thanks to some wholesale housing demolition, but the stretch that reaches back to Penny Lane is now perky with sprightly new venues along with reliable old faces that still thrive.

Although the loss of a healthy, decades-old hardware store is nothing to celebrate, the building’s re-emergence as a distinctively different pub, brewery, gig venue and events space is a sign that Smithdown’s mix of students and southside locals can expect more than laptop repair places, takeaways and permanently slammed-shut shops in future.

Our ability to tackle urgent DIY jobs may suffer, and those shelves we always meant to put up may remain forever dreams, but at least we can regret the tasks we’ll never get round to by taking out a second mortgage and sinking a half pint of something sensational.

All scored Confidential reviews are paid for by the company, never the venue or a PR outfit. Critics drink and dine unannounced and their opinions are completely independent of any commercial relationships.