Plan to turn St Luke's into hotel thrown out

MOVES to turn St Luke's church into a wedding hotel have been quashed by Joe Anderson, it was announced today.

In the latest turn of events, the Mayor says he has listened to the public and now wants a social enterprise to be set up to secure the future of the bombed out church.

But whether current occupiers, arts organisation Urban Strawberry Lunch, will continue to run the building  is unknown. 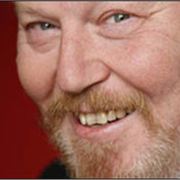 Radio RogerInstead Mayor Joe says he will listen to the voice of the people in developing a plan to secure the site, by convening a public forum led by Roger Phillips.

Mayor Anderson also said it was never his intention to sell the church, despite a declaration two weeks ago that it could be sold for as little as £1.

New plans, he says, could see the creation of a Community Interest Company (CIC) to raise funds to create a strong and sustainable future for the World War II monument which is on English Heritage's at risk register.

The idea of a CIC is not new. It was first mooted a fortnight ago by Ambrose Reynolds, artistic director of Urban Strawberry Lunch who have occupied the building for eight years turning a "negative, dangerous space" into a major arts and community hub and tourist attraction which, he says, has received over 25,000 visitors from around the world.

He told Liverpool Confidential this evening that his plans to form a CIC and a crowd-funding initiative to repair the church and keep it in use as a "mamaged ruin" are unchanged and he plans to work outside of USL, with other in individuals, to achieve his goal.

In a statement put out by Liverpool City Council this afternoon, Mayor Joe said: “We have now decided not to proceed with the proposals to develop a scheme inside the site."

Builder Lawrence Kenwright, who also owns the White Star building and the Signature Living apartments, was behind what the council calls an “unsolicited” plan to turn the Leece Street church into a wedding venue and hotel. 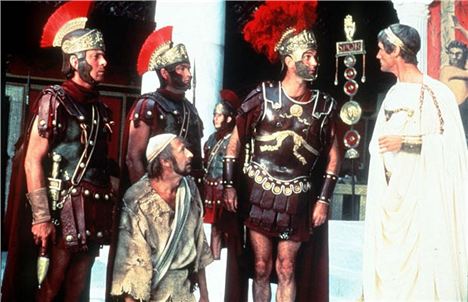 Like Pontius Pilate, Mayor Joe wants the people to help him decide

The crumbling walls would have been propped up by a glass interior containing a bridal suite and hotel rooms.

The mayor said the plans were “visionary and could have been economically viable, but I believe they don’t represent what I or the public would want."

Leaked plans to offload St Luke's caused an outcry two weeks ago, with the situation likened to a "scouse Poundland", by critic Wayne Colquhoun.

A petition to "save" the church attracted 25,000 signatures in just a few days.

The Mayor says now plans to convene a public forum, to be chaired by BBC Radio Merseyside presenter Roger Phillips, on a date TBA "with the aim of engaging with different people and groups in the city who want to help develop a plan to secure the building's future".

Mayor Anderson said: “I have been clear that it was never my intention to sell St Luke’s Church – it is a building which is extremely important to me personally and I would never do anything to jeopardise its legacy or status.

“I believe that setting up a CIC is our best option and will give us the opportunity to work with as many people as possible who all have the interests of St Luke’s at heart.”

But who or what that will involve is not yet clear. Describing Urban Strawberry Lunch as a group "who currently put on events within the grounds of the building", the Mayor said talks with them had been "constructive, but they don’t at this time provide the security and future that the site requires." 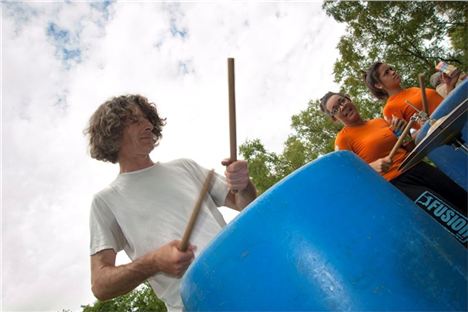 He added that he was "keen that they play a key role in the discussions and debate about the future of St Luke’s."

Meanwhile Ambrose, who has the backing of the likes of Yoko Ono and several other high profile supporters, invited Mayor Joe to come and visit St Luke's to see how the space, in its present form, "enriches people's lives".