Pigging out at Burchall's, St Helens

IN the world of rugby league, they have been formidable foes since time immemorial.

But for Wigan and St Helens, it's not just about the tries. It's also about the pies.

In both there are long traditions of feeding the scrum with the scrummy. For years, the former boasted Pooles, but Pimbletts was always on hand to raise the game in the latter.

Yet in popular pie mythology, Wigan has always winged it. 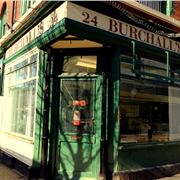 Neither Pooles or Pimmies exist as shops any more, although their products survive in the odd supermarket and pub.

Over in St Helens, however, the stand-off isn't over - not until the pleasantly full, rotund lady sings.

For down on Westfield Street they dutifully come in their thousands, every week; pie lovers following their noses with the same dedication as they follow the Saints; marching in to Burchall's pork butchers. 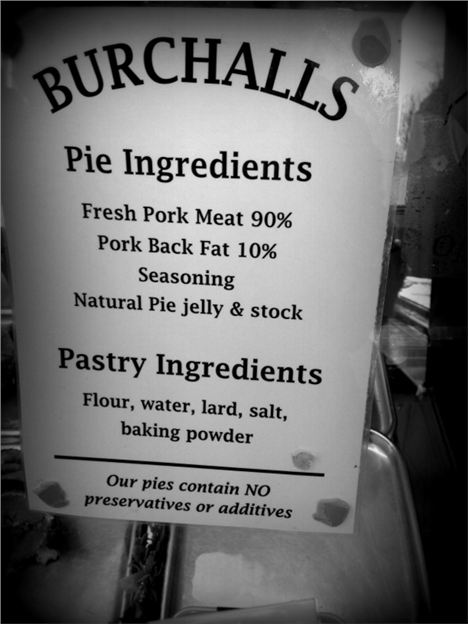 Land of 1,000 pies a day
John Burchall and his four “girls” bake and offload 1,000 pork pies a day at £1.20 a time in the tiny bakery at the back of the corner shop. Thus it has been for four generations.

It is only 11am on a Monday and the queue already stretches out of the door. “We will be sold out by half one, he tells Liverpool Confidential. “People will go out of their way for a proper pie.”

This is true: Confidential has pulled off the M57 especially to experience a pork pie (“you don't ask for a pork pie, just a pie,” a friend hisses) on the way to a very pressing engagement with an aeroplane.

Stock market
“We use jellied stock from pork trotters,” John says, “and a hot water 'biscuit' shortcrust, made from our own rendered lard (which you can buy in tubs on Friday mornings). There's nothing artificial or processed about any of it.

“But really there couldn't be,” he grins, “it's the same recipe handed down from my great-great grandfather when he first had the butchers shop in Church Street.”

They must have liked their pepper back then; a Burchall's pork filling is piquant. The meat, which comes from an pork abattoir less than 25 miles away, has none of the lean, gastronomic snobbery about it, which often renders the effort worthy but dull. 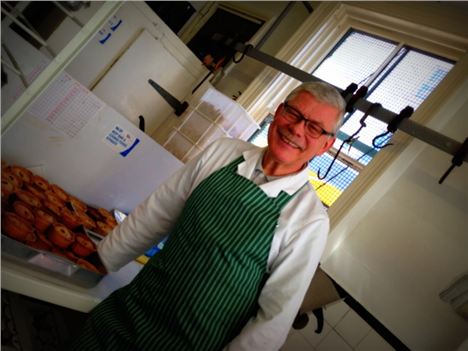 That doesn't mean the Burchall's pie is not considered a catch to those with a roving gourmet eye. Our own Paddy Byrne was known to purchase dozens of them for Lancashire-themed gourmet nights when he ran the Everyman Bistro, John reveals.

Warning
Nobody eats pork pies because they are good for them (chomp into a nasty supermarket job and repent at leisure), rather they are there to hit the sweet spot in a delightful savoury way. Similar, say, to an Almost Famous burger or Krispy Kreme doughnut, these are addictive and you may immediately regret your decision to buy only a couple.

Now open wide
Unlike rugby, there is an etiquette to tackling a Burchall's pork pie. Best eaten piping hot from one of the trays that come out of the oven every few minutes, they are a messy beast. It is recommended that one takes a bite from the top edge of the crust, and tilts the head back, allowing the savoury liquid stock to drain into the mouth, a bit like an oyster.

That accomplished, one may continue to consume the pie as normal, with none of the embarrassment of stained clothing or compromised fingers.

One could, of course, always take a supply home, for chill-out purposes, but with the steam wafting tantalisingly from the paper bag, this is never going to be a realistic prospect.

Some more pork pies in and around Liverpool 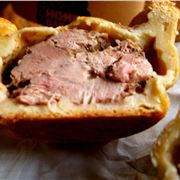 Any more, for any more?? 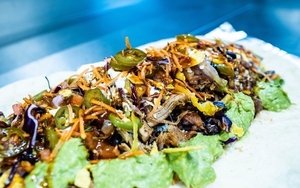 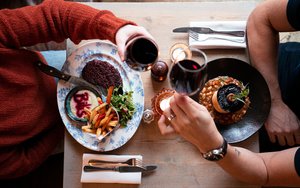 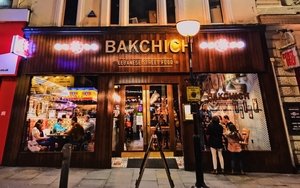