Sick of small plates, Angie Sammons tracks down a grown up dinner 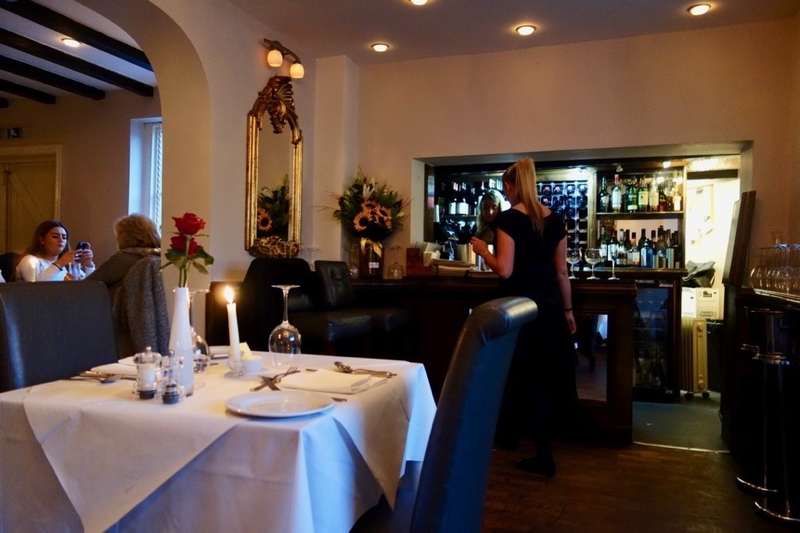 I’VE had it with small plates.

“What did you have for your dinner last night?”

“Small plates. Again. (NAME) couldn’t keep their bloody hands off it. Whatever it was. Stabbing their fork into everything. I mean, how do you divvy up three prawns ffs?

“Just over a hundred quid.”

“Starving on the way home I was.”

I could save you and me both the bother of any further forensic examination of restaurants that deal in small plates by simply cutting and pasting the above into every qualifying review, bunging on a headline - “This week taking the piss is (NAME OF VENUE)” – then proceeding to the Chung Fad (the only food “fad” that isn’t, around my way ), to enjoy its too many chips.

But tonight, Matthew, I want my dinner. I want a grown up dinner.  So, with a second mortgage taken out to cover the Uber, it’s off to Woolton we go.

It’s the sort of bistro you’d expect to pull up at, late in the evening, after hours squinting at your squiggly Michelin map of Provence.

It’s been years since I’ve eaten food prepared under the masterful watch of Dave Roberts. Many will remember him from Lark Lane’s L’Alouette where his French menu sang.

Back in the 1970s, Roberts earned his stripes in the heat of Paris kitchens absorbing all there was to know about classical French cooking and the riches of the regions.  I wonder, with hindsight, if we in the scouse suburbs took for granted the symphony of Gallic cuisine which he conducted  every night with apparent ease.

Of course only the very, very skilled make things look this simple, which is perhaps why have-a-go mediocrity reigns in so many of our restaurants.

In pretty Woolton, whose sandstone quarry became the Anglican Cathedral and whose Quarrymen became The Beatles, Caveau is a good fit.

Soft, flickering candles, understated decor and starched cream linen, it is warm and womb-like; its only ostentation an in-keeping chandelier and a vase of van Gogh sunflowers. It’s the sort of bistro you’d expect to pull up at, late in the evening, after hours squinting at your squiggly Michelin map of Provence.

This has been Roberts’ bolthole since 2011, the white-haired one presiding over a clutch of young pretenders in the modest kitchen.

The menu is quintessentially French: coquilles St Jacques, escargots, canard a l’orange and sole meunière, perennials on a card where everything is appealing and often laced with the riches of the dairy, as such cooking demands.

An air of La Mer dominates the starters. Like blushing langoustines (£10.95) in a cream and pastis sauce that no Marseilles brasserie could better. And a fat coral island of lobster ravioli (£10.95), in a subtle sea of brandy bisque. Light me a GItane for afterwards, please.

Lamb (£19.95), or carre d’agneau au l’ail, to use the vernacular here, is, for me, the reason restaurants like this exist: to furnish you with something that you have not the patience, skill or inclination to be messing with on your own hob. A row of trimmed cutlets, fledgling, pink and sweet are accompanied by honey-roasted garlic and - the whole point - a fabulous jus whose loveliness goes on and on. Oh yes it does.

Some floury tat or other, possibly a Maris but with a more pronounced flavour, has been put to work with melting onions in a great helping of crunchy pommes Lyonnaise.  It turns out they are all mine, enough to share (in theory) and still remember what they were about the next day. Same with the garlicky, buttery broccoli.

A half decent claret helps things to the next level, namely a mostly merlot, medium bodied Château Cru Cantemerle from 2012 (£25). It sits in the lower end of a list that reaches all the way up to a price point that your modern day Woolton villager's wallet can easily accommodate.

Then desserts (£3.50 each), a lovely, light and crumbly almond tart and, what else, what could be finer, than crepe suzette served hot with Grand Marnier, oranges and vanilla ice cream. We send each on their way with a couple of excellent raisiny St John de Minervois muscats (£5.95) before the staff send us on our way. "Always the last to leave," as they used to mutter at us in the Casablanca club.

Service at Caveau is as practised as everything else. They don’t gush, they don’t try to be your mate, but Sarah, Sue and the rest are a knowing lot and when not expressly required they leave you blissfully to it.

In an uncertain world of small plates, burritos, closed borders and worse, we’re lucky he’s still doing the do.

What you say
Read Next
● / Thai