THE festive menus have been flying into our inbox faster than Rudolph the reindeer's P45 on Boxing Day, but one that’s really jingled our bells is the seasonal selection from Lu Ban, with not a turkey leg or mince pie to be seen.

Gordo is a fan of Lu Ban and only had lovely words to say about Dave's knockout kung po. Blimey.

Smashing straight through the boundaries of Christmas tradition, Lu Ban’s award-winning restaurant team has created a selection of regional Chinese dishes inspired by the authentic flavours of Tianjin.

Executive head chef Dave Critchley flew over to Tianjin to cook with Master Whoo, and in 2020 Dave was appointed the first ever international Master Chef apprentice in Chinese culinary arts.

This year, Dave brought his culinary A-game to our TV screens, competing for a place in the finals of the hit BBC show, Great British Menu. Gordo is a fan of Lu Ban too and only had lovely words to say about Dave's knockout kung po. Blimey.

Desserts are the usual spectacular Lu Ban affair. The white chocolate sphere comes with whisky caramel and Christmas pudding ice cream. “The Mandarin” is a dark chocolate delight with mandarin, sugar leaf and mandarin sorbet, or you can try the traditional Chinese steamed pudding of lychee and pineapple served with honey ice cream. There's also the intriguing tonka bean custard.

The menu is available from Thursday 25 November. There’s a choice of two Christmas dining options; early dinner on Thursdays and Fridays from 3pm to 4pm and priced at £45 per guest, or dinner from 5pm on Thursdays, Fridays and Saturdays (final seating at 9.15pm) priced at £60 per guest.

Lu Ban’s festive bottomless brunch will be available every Saturday and Sunday from 27 November to 19 December, and 27/28 December. Guests can enjoy a selection of food and drink for 90 minutes, priced £39.50. Some dates include drag entertainment.

For those tasked with organising this year’s work Christmas do, Lu Ban can help take out the stress with a dedicated service that can look at all the options from a table in the restaurant to using one of its four private dining rooms - the Chef’s Table, Tianjin Dining Room, Food Lab or Wine Room - or even exclusive hire of the whole restaurant.

This year will also see the return of the Lu Ban New Year’s Eve set menu.  For more information on the special Christmas and New Year menus, visit the Lu Ban website.

Read next: 15 new bars and restaurants in Liverpool that you must try 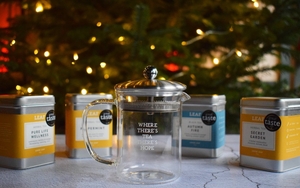 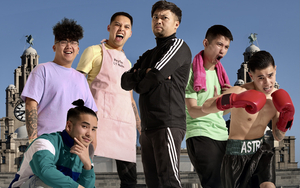