Only one chef will go through to represent the region in the finals, but will it be a Scouser in the top spot?

The odds are looking good for a Scouse finalist in this year’s Great British Menu, as two talented Liverpool chefs have secured a place in the North West regional heats.

Dan McGeorge, head chef at Rothay Manor in Ambleside, and Dave Critchley, executive head chef at Lu Ban Restaurant, will bring their culinary A-game to our TV screens this week as they compete for a place in the finals of the hit BBC show.

Great British Menu has been serving up nail-biting kitchen drama for over a decade now, as the nation's top chefs compete for the chance to cook at an incredible four-course banquet. Previous Merseyside chefs to appear in the prestigious competition include Paul Askew, Ellis Barrie and Matt Worswick.

For its 16th series, GBM 2021 looks set to bring us all the usual leftfield plating, mind-boggling culinary wizardry and delicious looking dishes that we’ve come to love from the show. This year’s roster of chefs spans the whole spectrum, from masters of Michelin stardom to up-and-coming stars of the future.

Laying down the law

30-year-old Dan McGeorge from Broad Green is new to Great British Menu, having previously been a semi-finalist twice in National Chef of the Year. After studying for a law degree, Dan kick-started his culinary career in 2011 at Liverpool Community College. Since then, he has worked in several high-profile kitchens including The Bath Priory under exec chef Sam Moody and under Ben Mounsey at The Lawns at Thornton Hall Hotel and Spa.

Dan has been head chef at Rothay Manor for over three years and during his tenure, he has earned the restaurant 3 AA Rosettes and most recently a Michelin Plate. He also achieved a 2020 Acorn Award, which recognises the brightest stars in UK hospitality under the age of 30.

Dan said: "It still hasn’t sunk in that I’m part of Great British Menu 2021. I’m looking forward to showcasing my dishes and seeing how far I can progress against some of the best established and up and coming chefs in the UK’s restaurant scene."

He is joined in the North West heats by fellow Liverpudlian, Dave Critchley, executive head chef at Lu Ban in Cain’s Brewery Village. Dave has been involved in some of the North West’s flagship restaurants including Alma de Cuba, The London Carriage Works, The Noble House and Australasia. In 2020, Dave was appointed the first ever international Master Chef apprentice in Chinese culinary arts.

The latest series of Great British Menu started in March with eight regional heats that lead into finals week, culminating in the banquet. This year’s theme is all about British innovation, as 2021 marks thirty years since Sir Timothy Berners-Lee first made the internet widely available, as well as Helen Sharman becoming the first British astronaut to go into space.

All of the competing chefs will no doubt exhibit a hefty dose of technical cooking to match the brief, and we expect to see plenty of sous vide, perhaps the odd pinch of molecular gastronomy and some seriously impressive plating that pays homage to all manner of British inventors, innovators and public figures.

Look at that concentration! Find out what @DaveJCritchley is cooking up on @GBMofficial from Wednesday 5th May on @BBCTwo from 8pm ⏰#greatbritishmenu pic.twitter.com/kf3qTel6ai
— Lu Ban Liverpool (@lubanliverpool) May 3, 2021

The North West heats of Great British Menu will be broadcast on BBC Two across three episodes, commencing with starters on Wednesday 5 May, main and dessert on Thursday, and judging on Friday night. Going up against the two Scouse chefs are Blackburn’s Kirk Howarth (Plates, London) and Ashwani Rangta, of Gupshup in Altrincham.

Read next: Top things to do in Liverpool: May 2021

Celebrations as Liverpool pubs, bars and restaurants reopen in the sunshine
What you say
Previous Article Next Article
Read Next
● / News 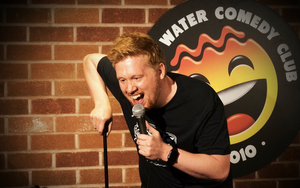