The Performing Arts institution is co-owned by Robbie Williams

Liverpool media, music and performing arts institution LMA, which is co-owned by singer Robbie Williams, is set to expand with a brand new state-of-the art campus at the city’s Metquarter.

LMA is set to invest more than £15 million in the new site, which will take up 50,000 sq. ft. of space at the building on Whitechapel in the city centre.

The move has been driven by a surge in applications from prospective students across the country wanting to study at LMA.

As part of the expansion plans, LMA is also creating over 100 new jobs for industry experienced individuals to join the dynamic teaching team. It is currently recruiting for roles across all subject areas. 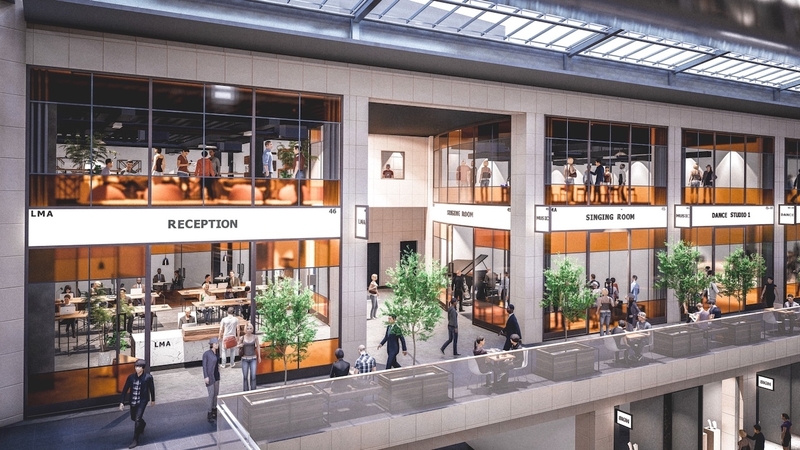 Robbie Williams, who became a co-owner of the business in 2019 after being wowed by its choir on The X Factor, said: “Since meeting the LMA Choir two years ago and later joining the LMA family, I’ve been constantly inspired by their sheer drive, dedication and passion.

“Liverpool is known for being home to some amazing talent and LMA is testament to that. I’m so proud to be part of its incredible journey, especially as the staff and students take their next steps in expanding across the city.” The new campus is part of LMA’s wider expansion plans, which also includes its arrival in London later this year. Located at creative hub Here East on Queen Elizabeth Olympic Park, the site is set to launch in September and will be LMA’s first to open outside of Liverpool.

Richard, who created LMA with brother Simon in 2008, said: “We’ve been working for some time to find the perfect location in the city centre that would house our world class facilities for students and staff, and Metquarter is absolutely ideal for us.

“Not only is it right in the heart of the city centre, but the building itself gives us a lot of freedom to create an extremely unique learning space where our students can study and hone their craft. There is a lot of potential for what we can do at the site to help inspire students and give them unique opportunities to explore their passion and creativity, whether that’s on stage or screen, behind the camera, in the recording studio or creating the next big gaming sensation.

“It also gives us the capacity to welcome even more talented students from across the city – and beyond – to the LMA family, so it’s an extremely exciting time as we look forward to our next chapter.”

The Metquarter has had new life injected into it over the past 18 months with a major refurbishment and new occupiers including Everyman Cinema alongside fashion stalwarts Cricket and Kids Cavern. There are also exciting plans to introduce new F&B offers to the scheme over the coming months.

Becoming the new home for LMA is a clear example of how the centre is leading the curve and evolving its traditional retail spaces to create a more sustainable, dynamic blend of uses suitable for the long term. It represents how the high street is transforming and the future of retail and leisure destinations.