Liverpool has more jobless households than anywhere else in the UK - almost double the national average.

That’s according to figures just out from the Office of National Statistics which reveals that every year, since 2006, Liverpool has hovered close to the top of the league of homes with no wage coming in.

The facts have emerged as Liverpool currently hosts the annual Labour Party conference down at the waterfront.

To put them in some sort of perspective, the average level of workless households across the country is 15.2 percent, accounting for 3.2 million homes where nobody aged 16 or over is in a job.

Compare that with Windsor and Maidenhead, home sometimes to the Queen and the Royals. There the level of workless homes in 2015 stood at 7.3 percent.

In Liverpool the rate is heading towards double the national average at 28.8 percent. That equates to 45,000 city homes where nobody earns a wage.

Across Merseyside, the workless household rate is 23 percent, still much higher than the national average, that’s a total of 104,000 homes where there are no wage earners.

Halton, which covers Widnes and Runcorn has a rate of 16.2 percent with 7,000 homes containing no wage earners.

It means every part of the Liverpool City Region is above the national level of workless homes.

Over in Manchester, the number of jobless households in the city stands at 42,000 (22.7 percent). The Greater Manchester figure, taking in 10 boroughs, is 18.4 percent, compared with the Liverpool City Region figure of 23 percent

As you’d expected most of the 50 towns with the lowest levels of workless homes are in London and the south of England, giving further fuel at the north-south divide argument.

Despite the alarming number of homes where nobody works, the Government seems quite pleased with itself.  The total number of workless households across the country has been falling, in line with lower unemployment, it says.

"The fact that the number of workless households has continued to fall shows that we're making real progress," said Employment Minister Damian Hinds.

ONS said that in 2015, the areas with the highest percentage of workless households were generally located outside of the south of England," the ONS reported.

"However, not all locations outside of the south of England had high percentages of workless households: 13 of the 50 areas with the lowest in 2015 were in Scotland, Wales, the Midlands and the north of England," said ONS.

ONS said both Liverpool and Glasgow were among the top 10 in every year from 2006 to 2015 for their high numbers of workless households.

A spokesman for ONS said: "In 2015, as with every period covered  since 2006, the most common reason for worklessness in the UK was sickness or disability." 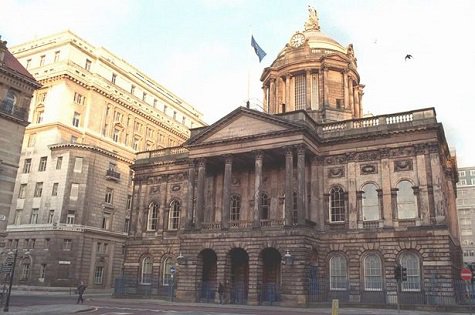