*Story updated at 2.30pm to add quotes from Mayor Joe and the Royal Court.

TIME is set to be called on the Penny Farthing pub as we know it, thanks to its next door neighbour, the Royal Court.

Liverpool Mayor Joe Anderson wants the city council cabinet to come up with up to £500,000 this Friday as part of a £1.2m contribution to enable the theatre to buy the "eyesore" pub  which has managed to survive all of the redevelopment in the Roe Street area.

A report to this Friday’s meeting of the cabinet states: “The acquisition and refurbishment of the Penny Farthing will provide new and improved facilities for the theatre and will remove an eyesore from a key gateway in the city centre.”

The Royal Court Liverpool Trust approached the council for a capital contribution to support their acquisition of the Penny Farthing Public House in order to facilitate the ongoing expansion of the current theatre development project, says the report.

The papers for Friday’s meeting did not outline what plans the theatre trust has in mind for the Penny Farthing. However, a Royal Court spokesman told Liverpool Confidential today: "The short term plan would be to refurbish it. In the long term we would hand it to our architects to see what they come up with." 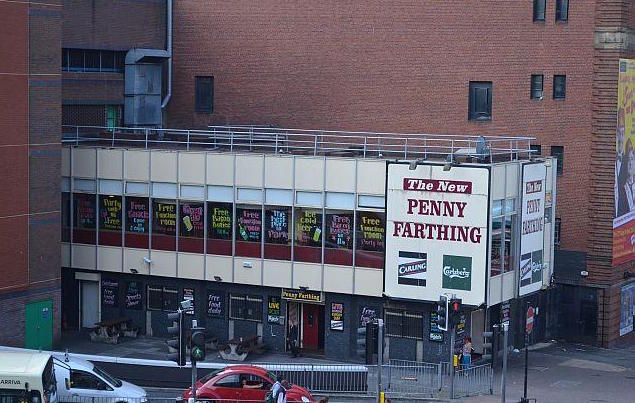 A statement released later by the Royal Court confirmed: "Liverpool City Council’s mayoral cabinet meeting on Friday will discuss plans for Royal Court to purchase the Penny Farthing Public House which will provide much needed new facilities for the theatre. This will include a capital contribution from the council of £1.2 million.

"The contribution will take the form of a loan which will be paid back to the council as a part of a restructured lease with a revised, increased rental payment following the surrender of the existing lease.

"The capital contribution will enable the Royal Court Liverpool Trust to buy the building with a short term plan to use it as a pre and post show bar and restaurant with additional facilities for the Youth Theatre and Community Choir as well as additional wardrobe and technical areas.

"In the medium to long term, the theatre will work with the 2015 Stirling Prize winning architects AHMM to explore refurbishment and remodelling options, including looking at integrating the building with the theatre."

The issue is being dealt with as a matter of urgency, wh officers saying the deal needs to be concluded this month to secure the best possible commercial terms.

But the discussion will take place behind closed doors at the cabinet meeting.

Mayor Joe Anderson said: “The Royal Court Theatre is a valued cultural institution in the city and it’s important we do everything we can to enable them to grow and enhance their offer.

“Not only will it be an additional upgrade of the theatre, but it will have a direct impact on the surrounding area, removing an eyesore and improving the image for those coming in to the city from Lime Street Station or the tens of thousands of people who travel in to the city centre on buses.

“The transformation of the Royal Court to date has been incredibly impressive and this latest acquisition will continue to improve St George’s Quarter.”

As a pub the New Penny Farthing, as it is called these days, has its fans and its critics.

In 2014, one Glaswegian blogger placed it at the top of his list of the worst boozers in Britain.

Explaining why he gave it his top "prize" the blogger wrote:  "It was a hellhole. Junkies pestering you to buy stolen aftershave, full of tramps with their dogs, sticky carpets, reeking of pish and puke.”

Others have praised the friendly staff at the pub.

"On a recent visit to Liverpool we stumbled on this place. By the look from the outside we knew this was going to be a local’s pub, plenty of signage outside with great drinks offers," one reviewer wrote on Tripadvisor.

"After a long trek to the bar we found very friendly bar staff and surprisingly friendly locals who made us very welcome even though we we're obviously outsiders. Seemed a bit of a rough tough place but like I've said we were made most welcome and the beer was only about £1.65 a pint wow!  Full of lovely local Scousers. Definitely going back in the future." 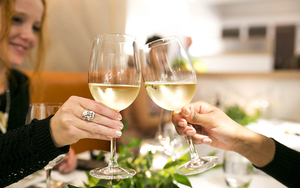