Jung's Pool of Life and a plaque unveiled 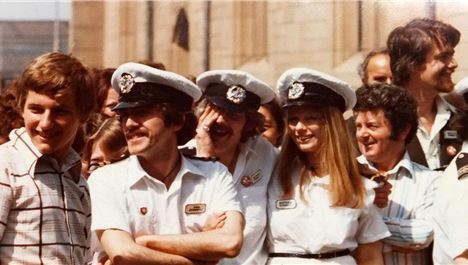 “I FOUND myself in a dirty, sooty city. It was night, and winter, and dark, and raining. I was in Liverpool.”

We've all been there, have we not? But Carl Gustav Jung, the man responsible for this line - and who famously concluded that "Liverpool is the pool of life” - never was.

Like a child's essay, it was all a dream; his 1927 dream, and one which the Swiss psychologist documented in in a book called Memories, Dreams, Reflections. It appears on page 223.

“With a number of Swiss, I walked through the dark streets,” Jung wrote. “I had the feeling that we were coming up from the harbour, and that the real city was actually up above, on the cliffs.

“We climbed up there. When we reached the plateau, we found a broad square, dimly illuminated by street lights, into which many streets converged.”

Years later, in 1974, poet and artist Peter O’Halligan, an ex-merchant navy type from Bootle, became sufficiently taken with Jung, his theories on synchronicity and the Liverpool dream to actually act on them.

O’Halligan became convinced that Jung’s square “into which many streets converged” was the one that intersects Mathew Street and Rainford Square and, in possession of that certainty, proceeded to rent an abandoned fruit warehouse on precisely that site.

Nothing of note had happened in Mathew Street since the Cavern was filled in; a back alley dominated by a car park and forgotten by the municipality. Arguably, if John Lennon hadn’t been gunned down, it would have remained thus.

As one big door closed, another opened and O’Halligan made the warehouse his home. With collaborators, including cousin Sean Halligan, Charlie Alexander, and others, he set up the Liverpool School of Language, Music, Dream and Pun. It had no template and nobody could guess that it would become the template for so much; this alma mater for dreamers and schemers who homed in on it like moths to a flame. 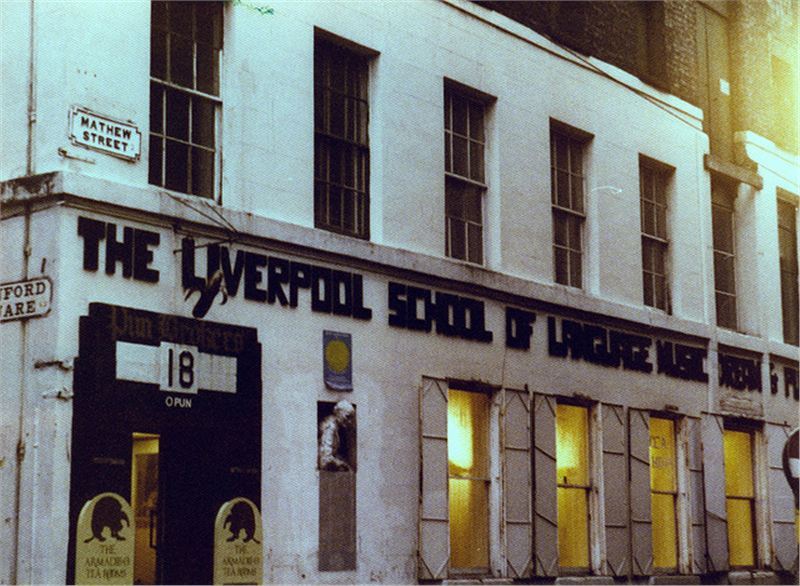 The school gave rise to Aunt Twacky’s, the first indie market of its kind outside London, where those behind Eric's - Ken Testi, Roger Eagle and Pete Fulwell - first went looking to harvest an audience of new radicals for their new club: stallholders Jayne Casey, Paul Rutherford and Pete Burns among them.

Up on the first floor "Parlour", it was common to find art student bands, such as Deaf School and The Yachts, rehearsing in the corner.

If this school had had been in possession of a morning register, it would have read like a who’s who of British popular culture.

Yesterday, I got to unveil a plaque to commemorate its mythical existence and, fittingly, I feel like I dreamed it. The fruit warehouse at 18 Mathew Street has been Flanagan’s Apple for far longer than it was ever O’Halligan’s and yet its significance still resonates.

When I posted an image of it on my Facebook page last week, one twentysomething commented: “I missed it. Was a legend by my generation. This is like a picture of Camelot.”

I caught the tail end of this blazing comet back in 1978, on Sunday, June 4, to be precise.

I was just 13 and the only Liverpool I knew until that moment was the dirty, sooty one from Jung’s dream. A tough, hard bitten Liverpool at that. Except on that Sunday morning I’d never heard of Jung, the 23 enigma, the laws of attraction, archetypes or the collective unconscious. As for synchronicity, it wasn’t even an album by the Police yet.

Emboldened by a Stanley Reynolds snippet in the Daily Post, I turned the corner into Temple Court that day and something happened. The urban monochrome fell away and Liverpool became kaleidoscopically vivid. I had wandered into the third and final Jung Festival, the original, unincorporated Mathew Street jamboree. It had been "organised" by the Halligans and their cohorts.

People were diving from high buildings into skips filled with Bird's custard. Girls, dressed as Carmen Miranda, were gracing open-top cars; another, astride a swing carved in the shape of a banana, was singing “I’ve Written a Letter to Daddy” from Whatever Happened To Baby Jane?, and over there, as the sun set, Big in Japan were dishing out some GBH to the eardrums. It was all blazers, boaters, beetles and black lipstick and it was, to my eyes, wildly exciting.

After that I was never away from the place.  You could be an Oxford graduate, you could be The Man Who Gave The Beatles Away, you could be a magician, weaving a plot with only a Giro cheque, or you could be there via your school bus pass, munching Martin Cooper’s bread, drinking tea and learning. No matter. You would be given the same egalitarian respect and gravity by all. For what was the school motto? “Gravity begins at home.

I may have come to the party late, but the act of turning into Temple Court that day left a vague, background white noise that has informed everything in my life since.

Lennon said that thing about being a dreamer, and not the only one, and there were dozens more like me. For all those who gathered at the weekend, this unintentioned place had consequences.

I said a bit of this yesterday. I was flanked by a white-haired Peter O’Halligan on one side and Larry Sidorczuk, another of the original crew and who dreamed up the plaque. Larry read the Liverpool dream. Mathew Street was the most important street in the world, he said. Peter, now 68, explained the iconography on the plaque and casually threw in that Mathew Street was important "because it was on a meridian". 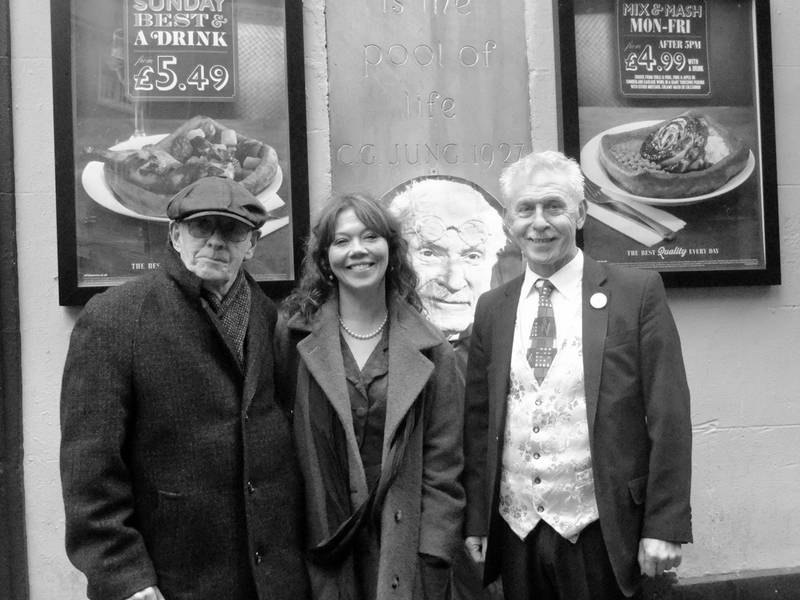 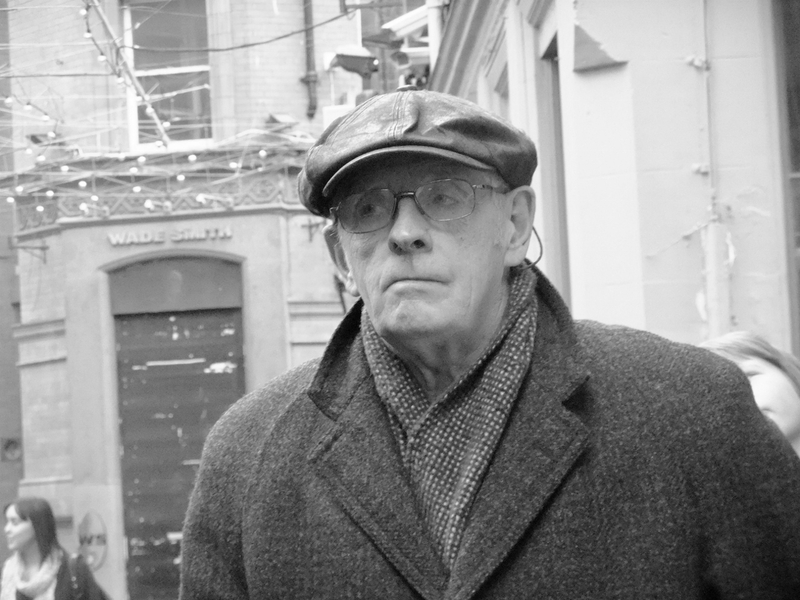 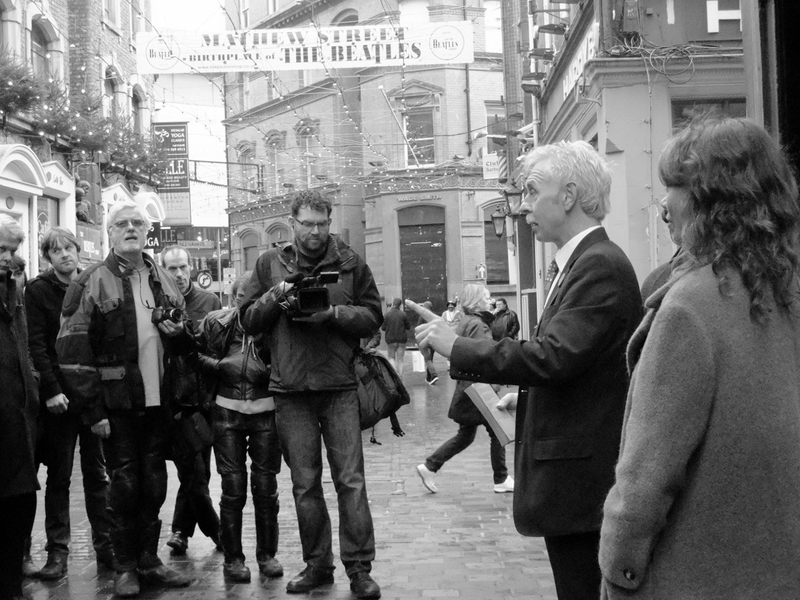 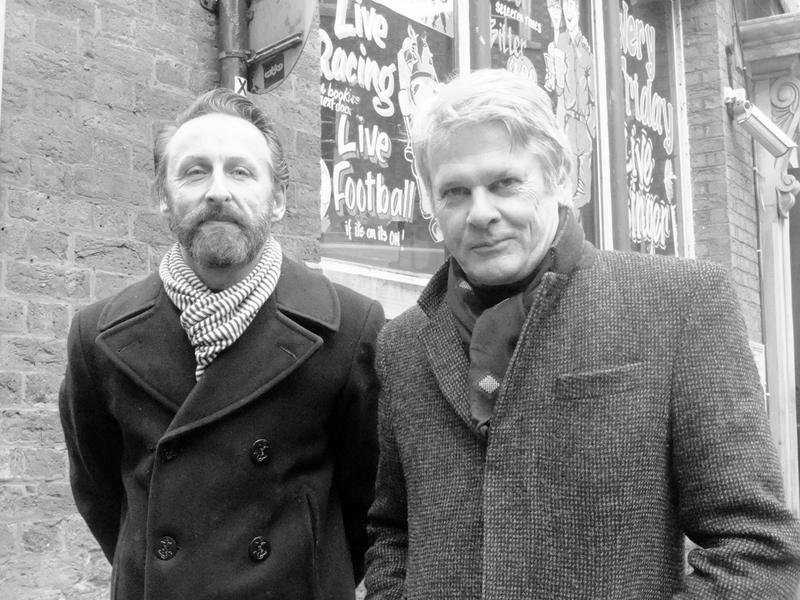 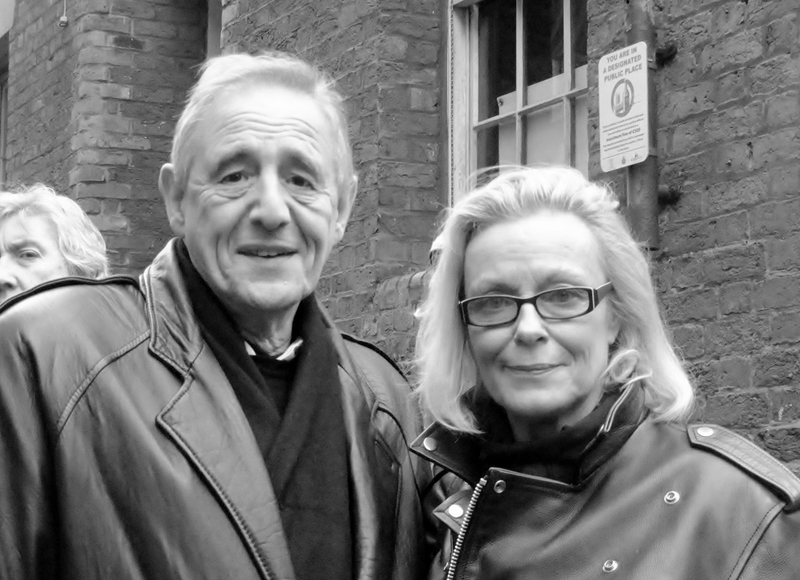 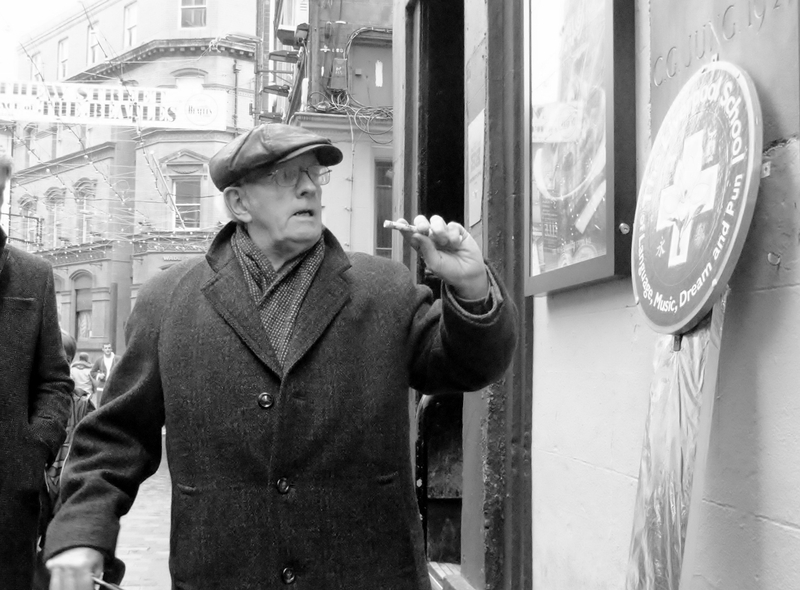 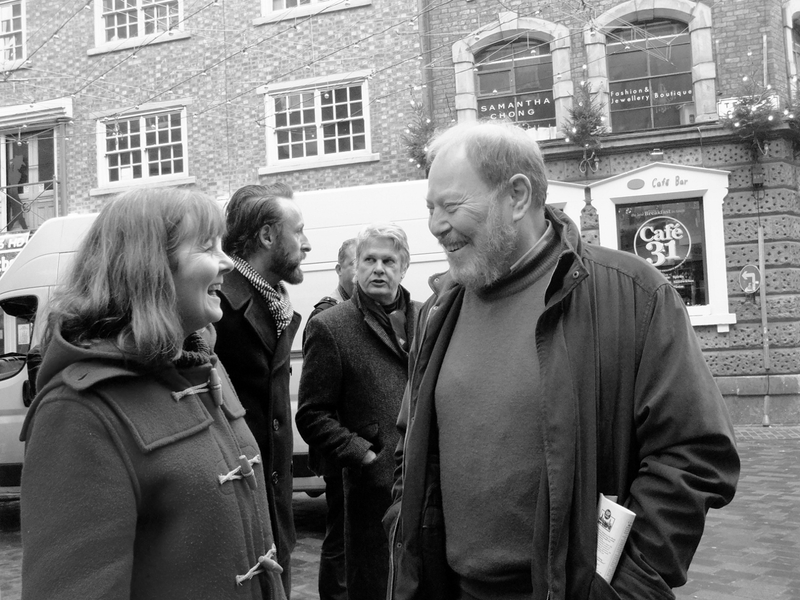 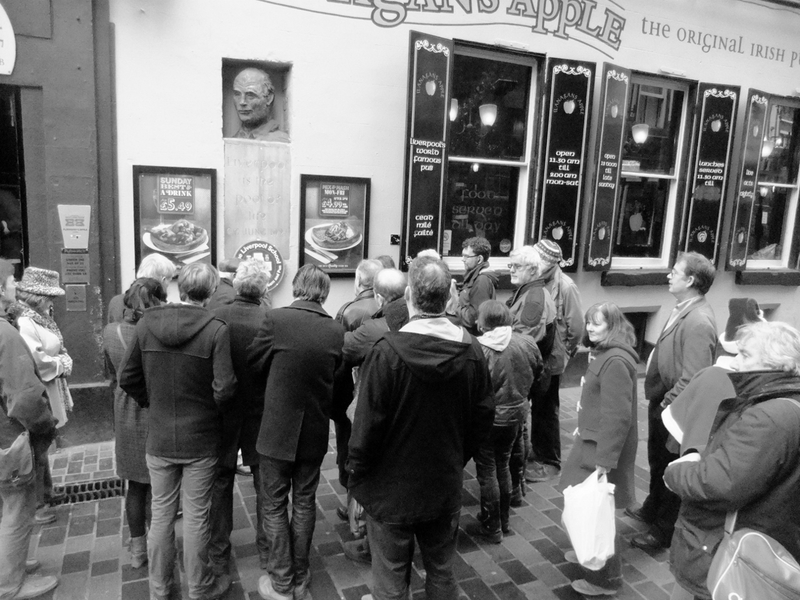 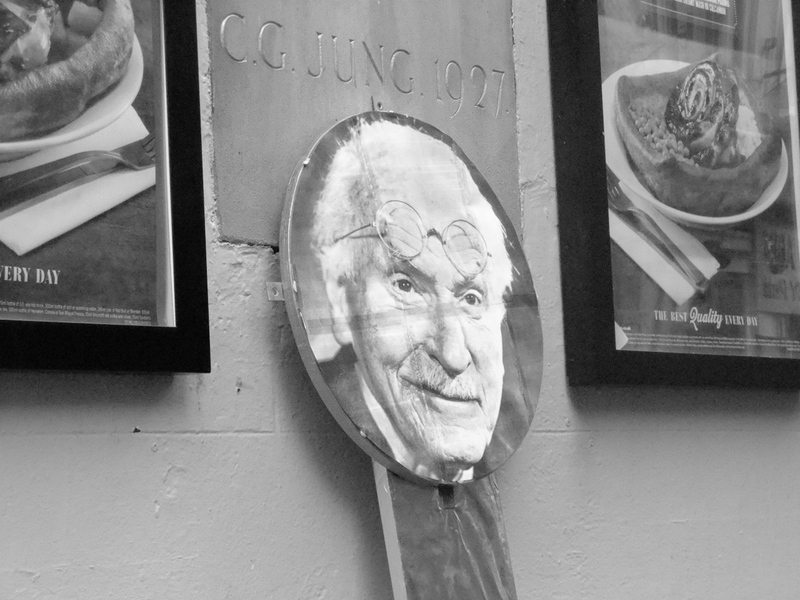 I’ve never been asked to unveil anything and probably never will again, so to call this typically bizarre involvement a deep honour is an understatement. That we were gathered here at all is more evidence of the pool's ripple effect after all these years. Somebody else remarked recently that not enough has been written about this profoundly important place.

Well here’s a few hundred words that cut a very long story short. Undoubtedly, the memories, dreams and reflections of others would run into tens of thousands more.

Ken Campbell waxes lyrical about the Liverpool School of Language, Music, Dream and Pun in this entertaining two-part clip. 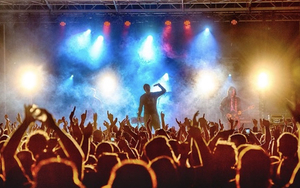 Top things to do in Liverpool and beyond: July 2021

Shakespeare in the park, observatory cinema and a return to Spike Island 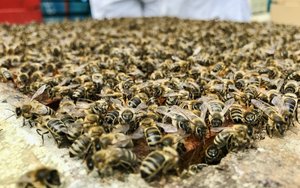 Beeshack brings the buzz back to beekeeping

Vicky Andrews gets the sweetest feeling as a Bootle beekeeper

Beeshack brings the buzz back to beekeeping
● / Guides 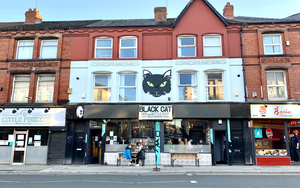 An insider's guide to eating and drinking in Smithdown