Joe stays in office with more than half the vote

LIVERPOOL Mayor Joe Anderson won a second term of office today, with a result that left the Lib Dems chasing his coat tails.

Mayor Anderson won almost 53 percent of the vote, which meant he was elected without the need for second round of counting.

Labour in Liverpool may think the parks are for the better off or middle classes, but parks like Sefton Park and Calderstones are enjoyed by people all over the city - Richard Kemp

But veteran Lib Dem leader Richard Kemp saw his share of the vote rocket to more than 20,000, compared to the 6,238 votes which earned him third place in 2012 when the city held its first ever election for a directly elected mayor.

Even the Greens saw their share of the vote double to 10,609 with Tom Crone, capturing almost 11 percent of the vote.

Although it was a healthy win for Mayor Anderson, the rise in support for the two main opposition groups on the city council mean that the unbeatable support handed by the electorate four years ago makes Labour look more challengeable than ever.

In 2012 Mayor Anderson won more than 50,000 votes than his nearest rival Liam Fogarty who stood as an independent. 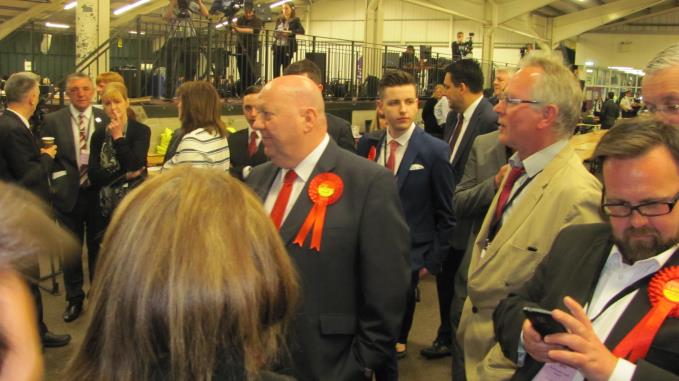 In his victory speak at the Wavertree Tennis Centre at dawn Mayor Anderson spoke of his determination to represent the whole of the city and all of its people.

Mayor Anderson said the result was an endorsement of the policies and pledges he had made to the city four years ago, and delivered. He added he would continue to serve the whole of the city as he has done since 2012.

He spoke of the challenges Liverpool faces as a result of the Conservative government and the previous Conservative/Lib Dem coalition, but said Labour would seize on all opportunities for the city.

But Cllr Kemp predicted it was the beginning of the end of Labour’s grip in Liverpool.

The result throws up a dilemma for Labour in Liverpool over what will happen next year when voters across Liverpool and the five neighbouring boroughs vote for a directly elected Liverpool Liverpool City Region Mayor. 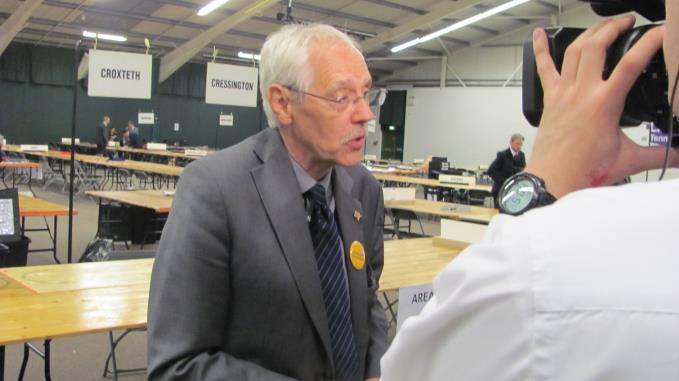 Labour members in Liverpool, Sefton, Wirral, Knowsley, St Helens and Halton will have to select a candidate to fly the party flag.

Mayor Anderson has set his sights on aiming to win the nomination for what will be a powerful job running a combined authority with a population of around 1.7 million people.

There was talk of Liverpool ditching its own elected mayor and reverting to a leader and cabinet mode of governance rather than having a metro mayor, a city mayor and a Lord Mayor in Liverpool.

That scenario would slot nicely into place,  if Joe Anderson is chosen as Labour’s candidate, but until the selection process starts nothing is certain.

The view is taken in some quarters that a metro mayor for the city region would be unthinkable, unless that holder of the post had a foothold in Liverpool.

Cllr Kemp said: “Support for the Lib Dems and the Greens around Liverpool 16, 17, 18 and 19, was strong because of concerns over green issues.

“If the Mayor refuses to listen to the people of South Liverpool we will go on to win seat after seat.  Labour in Liverpool may think the parks are for the better off or middle classes, but parks like Sefton Park and Calderstones are enjoyed by people all over the city. This was a convincing vote against the sell off of the parks.”