I’M not from Wigan, but I do love a good pie, and what could be better than indulging in a gastronomic classic, safe in the knowledge that you are doing no evil in the world. In truth, there’s probably loads of better things, but still, it’s nice to know the pie you’re eating didn’t involve a cow farting methane into the climate at any stage of its production.

Since their formation in 2015, The Gluten Free Pie Company, run by husband-and-wife team Denise and Matt, have done what they say on the tin. The pair began baking pies from their kitchen at home and selling them at local markets. They have since expanded the business and today supply a range of restaurants across the North-West.

Their motto, "For the animals, the planet and you", summarizes their eco-friendly ethos. You might even have eaten one of their plant-powered pies without knowing it, as the vegan option appears on numerous restaurant menus across Merseyside; from Papillon in the city centre and Purple Carrot on Smithdown Road, to the more further afield Balance Whole Foods in Maghull and the Unicorn Grocery in Manchester.

Denise and Matt can still be found plying their trade at some of Liverpool’s finest food markets - including Lark Lane’s Farmer’s Market and Independent Liverpool’s Monthly Makers Market.

I caught up with Denise, Liverpool’s self-professed pie queen, to discuss how lockdown pushed the business to diversify, and what their plans are going forward... 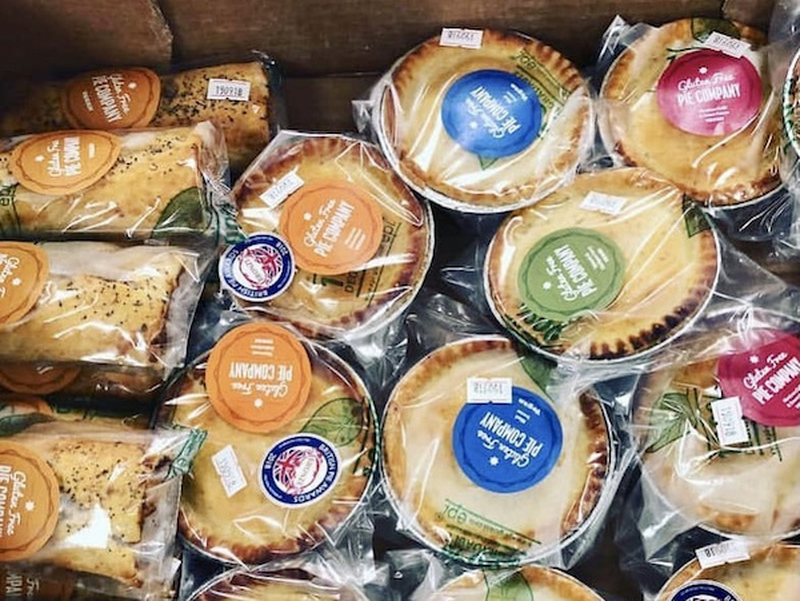 How did lockdown affect the business?

Denise: "During the first lockdown, when the restaurants closed, we immediately lost 70% of our business. I was determined to carry on as it had been five years of hard work to get it into the position it was in.

"I did a social media post saying we would deliver boxes of pies anywhere in Liverpool and the phone didn’t stop ringing. A lot of our customer base rallied around, which had the effect of us delivering pies to people’s homes - sometimes just a single pie - but also, boxes of anything up to 20."

Was it just the local area that you were delivering to?

Denise: "It was at first, but quite quickly people started ringing from around the country, which we didn’t really expect. Initially, we had to turn a lot of business down, as at that stage, Matt was delivering the pies around Liverpool and the Wirral in our van. Seeing the potential, we quickly set up a website (Glutenfreepiecompany.com) and after figuring out how to send the pies safely via the post, which are frozen, we were able to start sending pies across the country."

How has this affected the business going forward?

Denise: "Well, it’s been 18 months now since the first lockdown, and today we are busier than ever.  We have had to employ a couple of members of staff to help us with the baking. We've recently moved into new premises in John Archer Hall in Liverpool 8 after three years at our kitchen on Hope Street. With a bigger kitchen it is possible to carry on posting pies while still being able to supply our restaurants and shops."

What makes your pies unique?

Denise: "Well, obviously I’m biased, But I think our success is due to a number of reasons. I think in general people want to eat a bit healthier and do their bit for the planet, even if they aren’t a vegan. I know you wouldn’t normally consider a pie healthy, but because they’re plant based, they contain two of your five a day.

"Also, I’m a celiac myself, so I understand how difficult it can be if you have allergies and intolerances when you eat out. Usually, the range of choice can be quite limited, which is why I think our pies have been a success. More vegan options on a menu will hopefully mean more people eating vegan. This is why we try to be as inventive and adventurous as possible with the type of pies we bake.

"I try to surprise people with our flavours, which include Bakewell tart and blueberry and white chocolate brownie, but don’t worry, we still bake more traditional flavours like mushroom stroganoff and 'meatless and potato'.

And finally, the business won two silver medals at the National Pie Awards in 2020.  Is this event as exciting as it sounds?

Denise: "Haha! It’s more hedonistic than the Brits, hands-down. There’s actually a funny story about that. (Ed - the National Pie Awards, not the Brits.)

"We were meant to post the pies to the judges a few weeks before, but for one reason or another kept forgetting. I ended up frantically baking some pies at midnight the day before the event and we drove the next day for four hours to get to Melton Mowbray and deliver the pies personally.

"Maybe our frantic entrance into the event impressed the judges, as we ended up winning two silver medals and now have some nice certificates on our kitchen wall."

For more information on the gluten-free and vegan pies available from The Gluten Free Pie Company, visit glutenfreepiecompany.com You can also follow them on Facebook and Instagram.